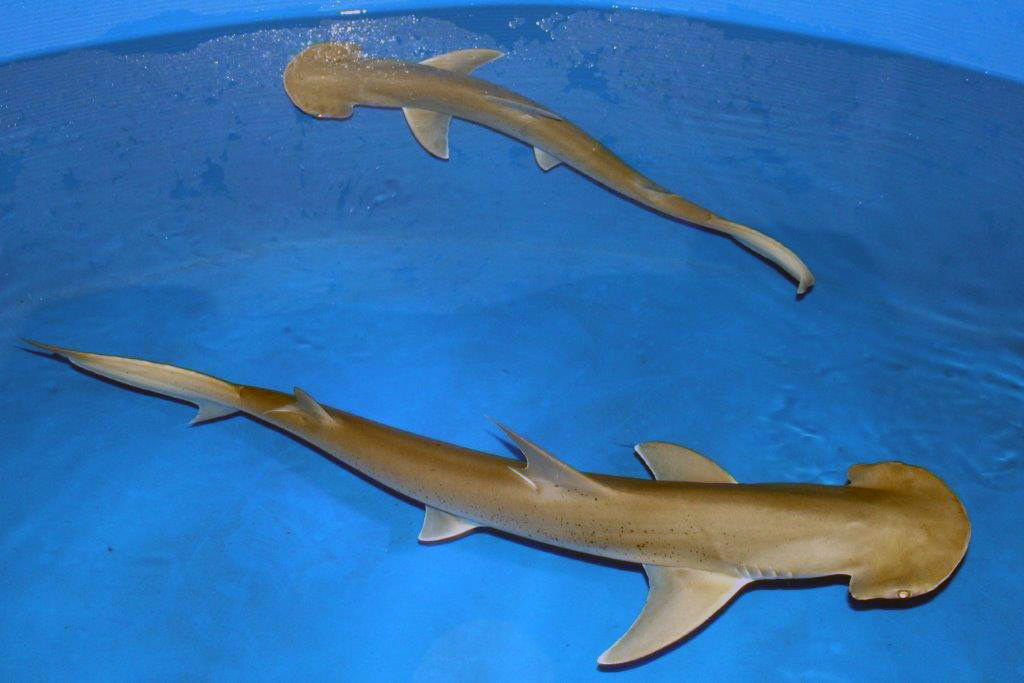 American Airlines Cargo moved two sand tiger sharks and three bonnethead sharks from the US to South America.
The sand tiger sharks were flown from New York’s JFK airport, while the bonnethead sharks flew from Miami International, all moving to Rio de Janeiro.
All five sharks were headed to their new home at an aquarium in Nova Iguazu, Brazil via two Boeing 777-200 flights.
American worked with Four Star Cargo to ensure the sharks arrived safely and on time.
Said a spokesperson: “The sharks presented a unique challenge that the American Airlines Cargo team was happy to take on.
“Marine animals can be particularly difficult to transport great distances. In order to ensure their health and safety, the sharks were housed in two special shipping tanks that weighed 2,200 kg and about 2,500 kg, respectively.”
While bonnethead sharks are usually between 1-1.2 metres long, sand tiger sharks can range in size between 2-3 metres.
The American Airlines Cargo team worked with the forwarder to ensure the animals had enough space and oxygenated water throughout the shipping process.
Just before takeoff, the shark tanks were carefully sealed and oxygenated to ensure a safe and comfortable journey.
After the tanks were sealed by the customer, the American team placed and strapped them securely onto PMC units, which ensure stability of the tanks during flight and handling. Once prepared, the tanks remained in the cargo facility until right before departure.
“Our priority was to make sure that the sharks were safe and, of course, arrived on time in Brazil,” said Wayne Zimmerman, director of cargo operations at Miami airport.
“Our teams coordinated closely with the customer and worked hard to ensure this unique shipment received all of the special care needed throughout its entire journey.”