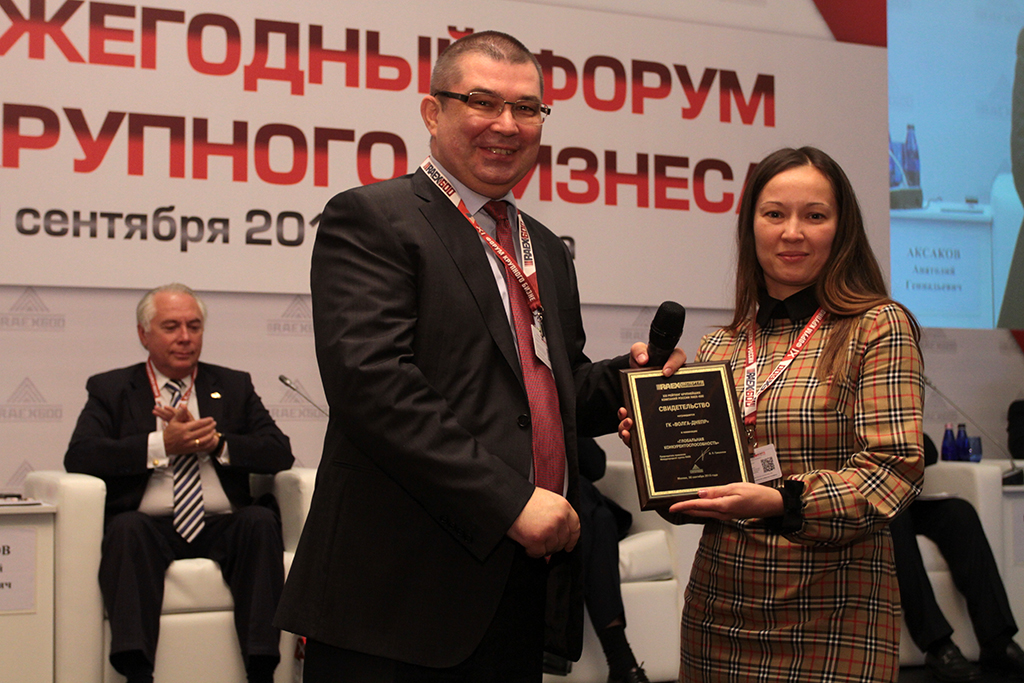 Volga-Dnepr Group has won the Global Competitiveness award at the XI Annual Big Business Forum: “Who Creates Russia’s Economy”, organised by Expert RA, the leading Russian rating agency.
The awards ceremony in Moscow was based on the results of Expert RA’s annual analysis of Russia’s Top Companies which, for the first time, assessed 600 firms.
Anna Shorina, acting PR director of Volga-Dnepr Group, was presented with the award by Dmitry Grishankov, chairman of RAEX International Group and general director of Expert RA Rating Agency.
“Today, Volga-Dnepr Airlines is the world leader in oversize and heavy cargo air transportation. In 2014, Volga-Dnepr Group demonstrated a 17.6% growth in operations, above the industry average in both the Russian and global market,” noted Grishankov.
In addition to its charter business, Volga-Dnepr Group, which celebrates its 25th anniversary this year, includes the fast-growing scheduled cargo carrier AirBridgeCargo Airlines and Atran Airlines, one of the oldest Russian cargo operators.
The Big Business Forum was attended by government officials, managers of top Russian and foreign companies and leading media representatives. Key issues discussed included the lack of technological development, cost savings in response to crisis as a driver for operational efficiency, and finding resources to increase companies’ capitalization and economic development.