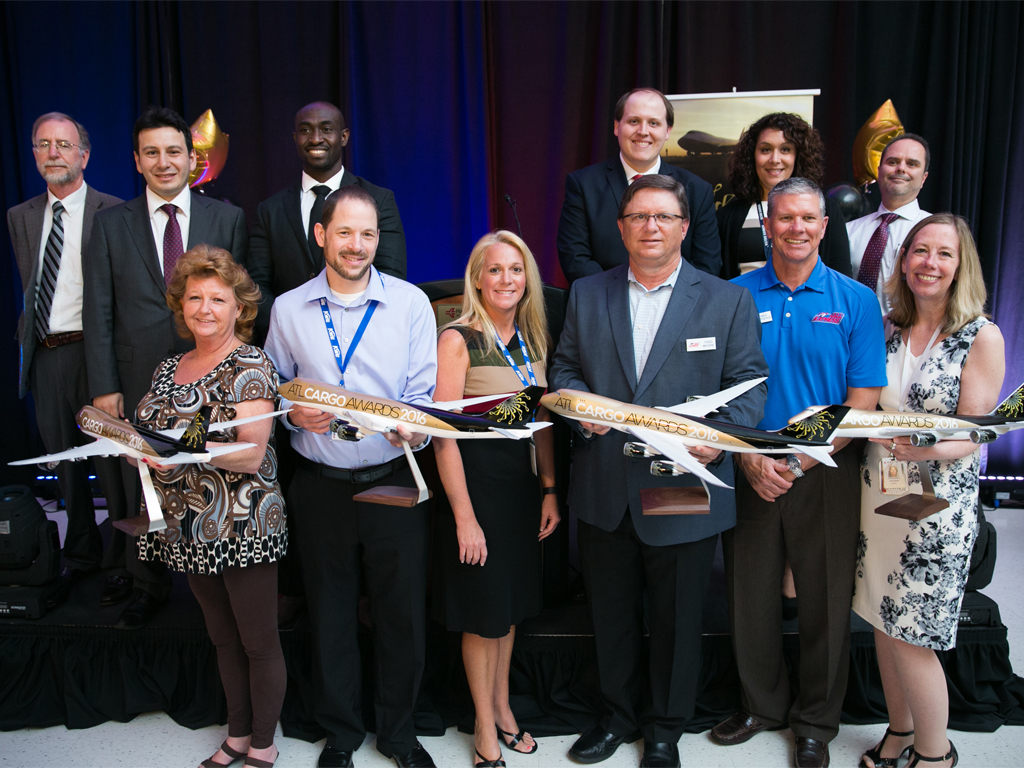 Hartsfield-Jackson Atlanta International Airport (ATL) and the Metro Atlanta Chamber handed out a string of awards to heroes of its local airfreight industry on May 4 and vowed to push the gateway up the US cargo league table.
The annual ATL Cargo Awards celebration at the Airport’s North Cargo facility honoured businesses and leaders for their achievements in air cargo, as part of the airport’s push to become one the top five U.S. airports for cargo volume.
Aviation general manager Miguel Southwell told the 200-strong crowd: “Atlantans are visionaries. Anything we say we’re going to do, we’re going to do it. When we stand here, and we say that we’re going to move from 10th in the nation in cargo movement to within the top five in the nation, we’re going to do that, too.”
ATL’s assistant general manager for commercial development, Vivica Brown, paid tribute to the cargo employees, freight forwarders, ground handlers, airlines and trucking companies who have helped make Hartsfield-Jackson a rising star in the industry. “Watch out world, here we come,” she said.
Hartsfield-Jackson made history last year as the first airport ever to serve more than 100 million passengers in a single year. Cargo traffic at ATL also showed substantial growth with over 626,000 tonnes in 2015, a 4% increase over 2014. ATL also moved its largest piece of cargo, a 200-ton power turbine flown from Hartsfield-Jackson to Argentina.
During the luncheon Wednesday, ATL officials recognized and welcomed new cargo carriers AirbridgeCargo, CAL Cargo, China Cargo Airlines and Turkish Airlines.
Awards also went to:
Cargo Airline of the Year: Delta Air Lines, which transported more than 200,000 tonnes through ATL;
Belly-Cargo Airline of the Year: United Airlines, which saw a 56% increase in cargo transported through ATL;
All-Cargo Airline of the Year: Korean Air, with a 4% increase in cargo shipped through ATL;
Cargo Employee of the Year: Denise Feltman, an Amerijet International employee who has served the cargo carrier for more than 19 years;
Freight Forwarder of the Year: Kintetsu World Express;
Trucking Company of the Year: J&P Hall Express.