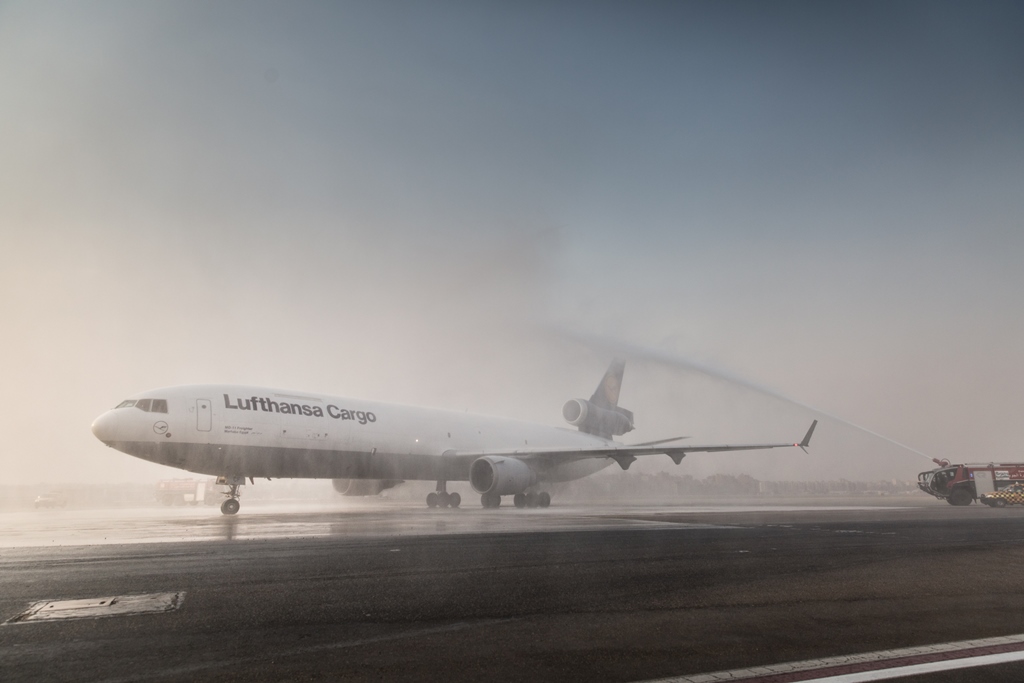 A Lufthansa Cargo MD-11F freighter now bears the name “Marhaba Egypt” and will carry this message with it around the world.
The aircraft with registration D-ALCF received its name at Cairo International Airport from the Egyptian Director of Civil Aviation, Hani Al-Adawy, the German Ambassador to Egypt, Julius Georg Luy and Sören Stark, Lufthansa Cargo board member Operations.
The  ceremony featured a classic Water Salute from the Cairo International Airport fire brigade.
The aircraft’s name – “Marhaba, Egypt” – underscores Egypt’s role as an important market in airfreight transport, said the airline.
Sören Stark said: “The greeting ‘Marhaba, Egypt’ stands for the close connection between Lufthansa Cargo and Egypt. We are proud of being so well positioned in this key market with more than a dozen passenger and three freighter flights per week.”
The “Marhaba, Egypt” is already the eleventh Lufthansa Cargo aircraft to be renamed. The names of the freighters are based on the winning concept of an open creative competition that Lufthansa Cargo organized in 2013 to choose names for the aircraft in its entire fleet.