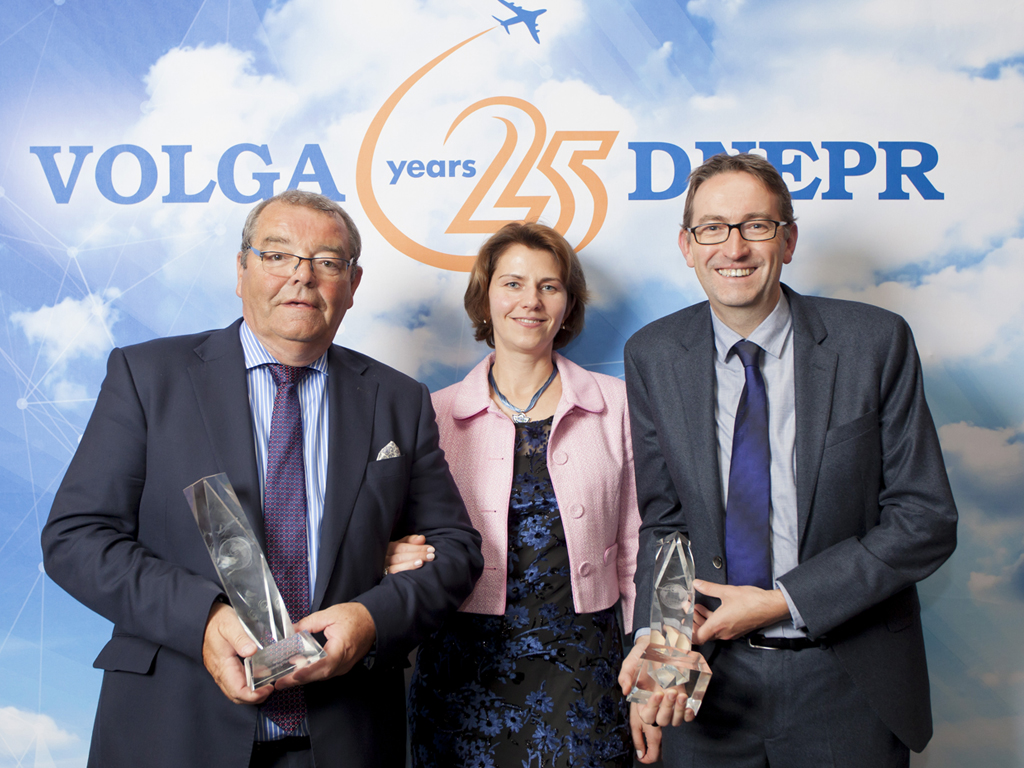 East Midlands Airport has been named the ‘Most Cargo Charter Friendly Airport’ in the UK by Volga-Dnepr Group.
The award was presented at a gala dinner in London on 1 October to celebrate the Group’s 25th anniversary to the airport’s commercial director, Julian Carr (pictured, right), by the Russian carrier’s vice president, strategic management and charter cargo operations, Tatyana Arslanova.
Julian Carr said: “Having just had our busiest ever year in our 50 year history, we are extremely proud to have been acknowledged by Volga-Dnepr Airlines. At East Midlands Airport we’re committed to supporting the continued growth of air cargo activities throughout the UK, and to be recognised by a world leader in the cargo market is a fantastic achievement.”
Volga-Dnepr Airlines is the world’s largest transporter of air cargo with a fleet of ramp loading An-124-100 and IL-76TD-90VD freighters.
Tatyana Arslanova said: “We know that for many airports around the world, the first time they get to see an An-124 touch down on their tarmac is a very special day indeed. Over the past 25 years we have developed strong working relationships with airports that have demonstrated a particular appreciation of the value of charter operations and our milestone anniversary provides us with an opportunity to recognise this.”
East Midlands handling agent, Aviation Solutions, was also awarded ‘Provider of Outstanding Handling Services’. Managing director, Tom Blakeman, said: “Being based at East Midlands Airport makes us the ideal ground handling providers due to our location in the UK, and to be recognised as ‘Provider of Outstanding Handling Services’ by Volga-Dnepr Airlines only supports our message; we’re really pleased to be recognised so highly by the leading aviation group in our industry.”