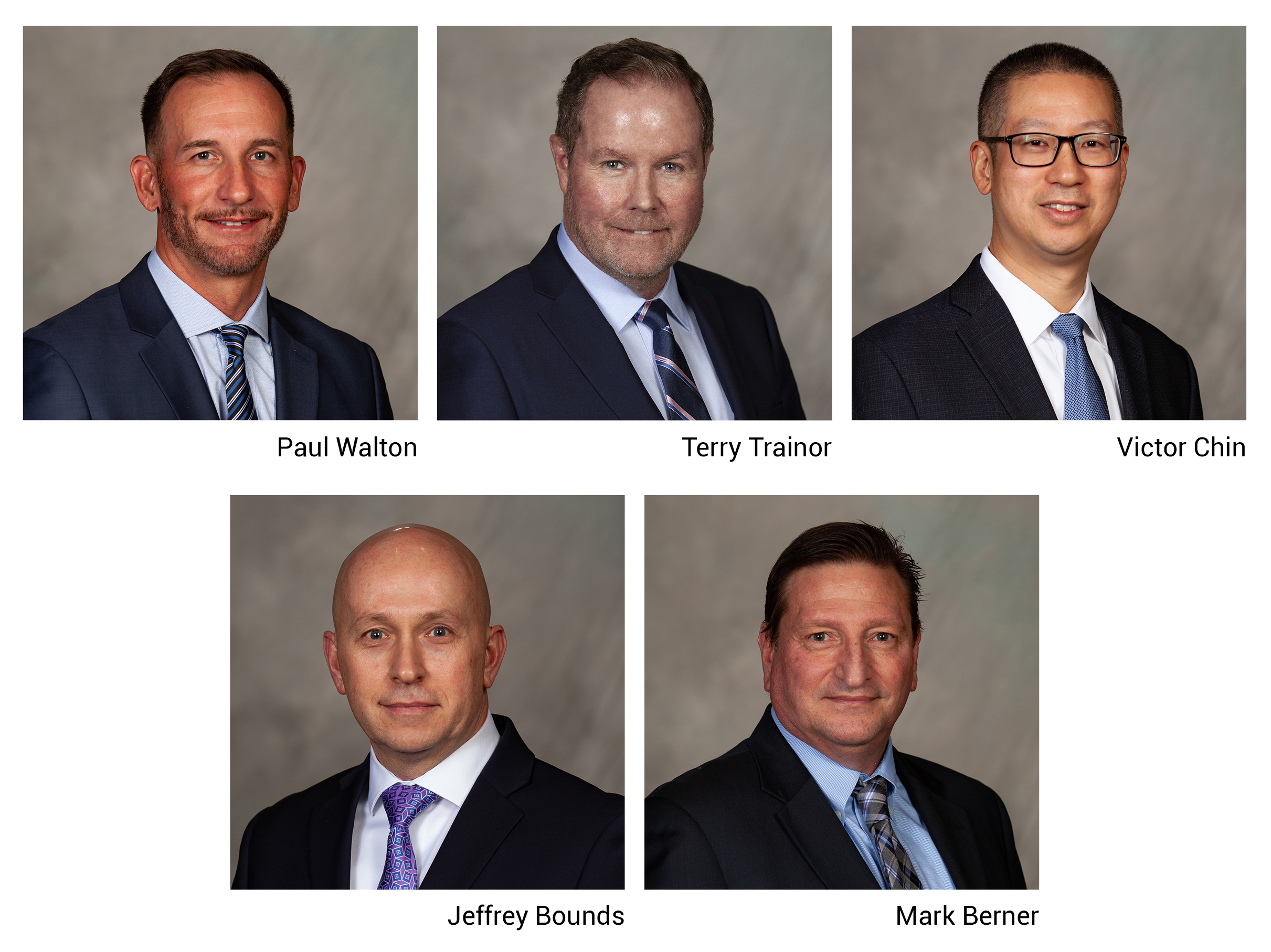 Walton started his early career working on the ramp in Pittsburg before being promoted to sales and general management roles with Og­den Ground Services.

He also held the positions of senior vice president North America, SVP rsk for the Americas, and as president and chief operating officer of Menzies’ subsidiary Simplicity USA, focused on narrow-bodied aircraft operations.

Trainor has over 30 years of aviation experience, including senior leadership roles with US Airways and Northwest Airlines.

Victor Chin has been appointed senior vice president center of excellence (SVP COE) and will call upon his extensive experience in senior leadership roles with US Airways, United Airlines, Jet Blue and PwC Consulting.

Chin, who joined WFS in 2015, most recently served as the senior vice president, safety and security com­pliance for the Americas. In his new role, he will drive WFS’ continuous improvement projects.

Berner has been a member of the USA’s Federal Aviation Administration (FAA) Commercial Aviation Safety and is a qualified commercial airline pilot.

In his new role, Berner will build on the successful ‘best in class’ cargo security program by rolling out similarly ambitious safety and environmental programs to drive down injuries, damage and flight safety risks.

All five appointments took effect at the beginning of this year. They will all report directly to Mike Simpson, WFS’ executive vice president, the Americas.

Simpson said: “These key appointments bring highly-experienced, invaluable new blood into our North America business and also allow us to reward existing members of our senior management team, who are making such a significant contribution to our growth.

“The calibre of our leadership team reflects WFS’ ambition to build our business in North America based on the key pillars of safety, security and customer service.”