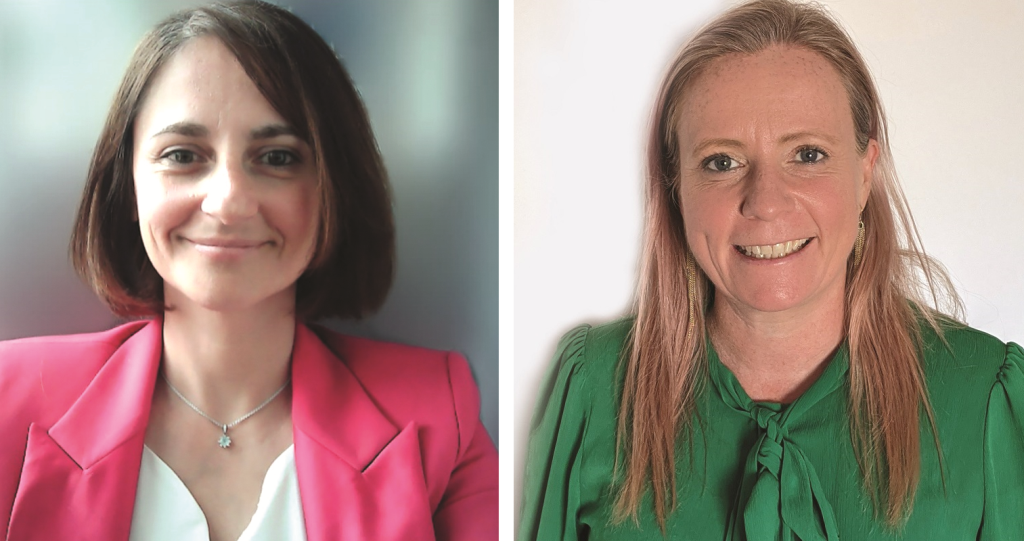 Anyone who has attended an air cargo event will be able to attest to the fact that it is a predominantly male industry.

In fact, according to a Novosensus survey in 2020, only 13% of senior leaders in the logistics industry are women.

And research from the UK Commission for Employment and Skills shows that less than a quarter of employees in the country’s transport and logistics sector are female.

But times are changing; the industry is now being driven by technological innovation and the world’s biggest brands have increasingly leveraged their supply chains as a competitive advantage, opening up a broader range of roles within the industry.

While the number of women working in the sector does appear to be increasing, at least anecdotally, the move to a more gender-balanced industry is not happening fast enough.

Hoping to speed things along, Celine Hourcade, founder and managing director of consultancy Change Horizon, and Emma Murray, founder and chief executive of logistics PR firm Meantime Communications, have come up with an idea they hope will encourage more women to join the industry.

On International Women’s Day the pair launched the Women in Aviation and Logistics Pledge that they hope will act as a catalyst for change.

Companies or individuals can sign up to work together to define targets and an action plan to achieve gender equality in the industry; act as an advocate for change and promote gender equality and broader diversity.

The initiative also centres around a database of women in the industry that are willing to speak at events, join boards and take part in forums.

This will help event organisers to invite more women subject-matter experts to speak at their events, and encourage more female delegates to attend, starting this year and setting annual targets for improvement.

Organisers answering the call will be asked to make a commitment to have more women on panels and report back on numbers of both female speakers and delegates in order to gather data for targets and to measure development.

Murray and Hourcade say it was at the 2014 TIACA Air Cargo Forum in Seoul that they really began to take note of the lack of women in the industry, although they had always spoken of the issue.

“Frankly, there were not a lot of women at that event,” says Hourcade. “Since then we have met at various events and each time it was the same; we have exchanged views on women-specific panels, where women are invited to talk about the fact they are women and not invited to contribute their expertise on a topic that will interest the audience.

“It has been a recurrent theme of discussion between the two of us.”

Murray says that her experience of the industry is contradictory. She says that, while it is male dominated, people were willing to go out of their way to help her when she first joined.

This is also reflected in the all‑women panels, mentioned by Hourcade, that event organisers sometimes introduce.

While it is good that the organisers recognise that there is an issue and are trying to do something about it, the more appropriate course of action would be to have more women on the other panels discussing the industry in general, rather than just talking about their experience of being a woman in air cargo.

Overall, Murray says, there is no avoiding the fact that there aren’t enough women in air cargo.

“Are there enough women in leadership positions? There just aren’t, that’s a fact,” she says.

“Why is that happening? Again, I think it is a contradiction — by not having women on stage or in leadership positions, we aren’t attracting women to join the industry. I think that is something that we should collectively share as an industry.”

The two decided to launch the initiative when the spate of webinars launched this year and last year — in response to the inability to travel — were dominated by male panellists.

They found it particularly concerning that even webinars on the future of the industry, which featured air cargo’s next generation, would consist mostly of men.

However, the two wanted to offer a practical solution. They recognised that creating conferences can be difficult and organisers find it hard to find different speakers, so they came up with the idea of a database.

“This it is not about pointing fingers at people,” says Hourcade. “It is saying we can do something about it, let’s come up with a solution.

“Maybe we can help those event organisers by providing a database of experts. I phoned Emma and she was on board instantly, it was a natural fit.”

Murray adds: “I have done a lot of event organising, so I know it can be difficult to source people, to get people to give up their time and sometimes it is just easier to go to the same people because you know they will turn up and they will do a good speech.

“What resonated with me was that the matchmaking aspect is very practical and very real.”

She adds: “We are both practical people who can put things in place; we know lots of people so we can use that and our motivation is to achieve something for the industry as a whole and not just talk about it.”

The two say that having more diverse speaker line-ups and industry forums will help bring different perspectives to the industry, which will in turn improve events and industry groups.

They are also calling on women to step up and play a part in instigating change by having a more visible presence in the industry.

To kick off the initiative, a webinar was held with more than 70 attendees. Hourcade says that following the meeting one of the attendees was in touch with another idea to help women in the industry.

She says that they hope that over time the initiative will help spark others to also launch projects that aim to create a more diverse industry.

Hourcade says: “This isn’t a Meantime Communication or Change Horizon initiative. We are pushing it and we are driving it, but we are ultimately calling for anyone to join the movement and to contribute.

“That is what success looks like; at the end of the year we have this database, we have contributed to improve the gender balance at the next events and we have inspired people to add to the movement with other initiatives.”

Murray and Hourcade hope that having more women on panels could create a snowball effect.

Work is still ongoing on the database but it is hoped that it will be launched “very soon”.

“I really feel the pressure to have it up and running,” says Hourcade. “We are, for the moment, collecting profiles from experts.

“Already 30 women have submitted their profiles and around 90% of them have also indicated that they are open to board positions, which is another aspect of a lack of gender balance — in the board rooms.

“So that is one of the things we are asking through the submission form: are you open to speaking opportunities, to board positions, to contribute to working groups?”

The initiative also aims to try to get a grasp on how big the issue is — is it just an imbalance in terms of numbers or are women being held back from progressing to management roles within the industry?

“Without facts, we cannot really address the issues,” says Hourcade. “But the starting point on our side was not a perception; at industry conferences and at webinars what we can see is that there are very few women either attending the events or speaking.

“This is a visible fact — but what we don’t know is whether it represents inequality in the workplace, if there is more to that than just the lack of visible women.

“Are there any strong issues that companies need to address to make sure there is no gender pay gap, there is no glass ceiling for women, that there is equal access to promotion and training.

“This we don’t know, because we don’t have the facts, but the starting point is what we know, what we can see, the visible parts at the industry events and webinars.”

Murray adds that now could be the right time to launch the initiative.

She explains that the past year has given the industry a chance to reset, as the pandemic has led people to review how they work.

This is particularly true of events which have ground to a halt over the past 18 months because of lockdowns and travel restrictions.

“I think there has been an intake of breath and just a looking around to see what we can do differently,” says Murray.

Murray concludes: “We have to get the next generation of fantastic people attracted to this industry. We are full of brilliant people, we should celebrate that and if we have these amazing voices that aren’t being heard, let’s help get them out there.”