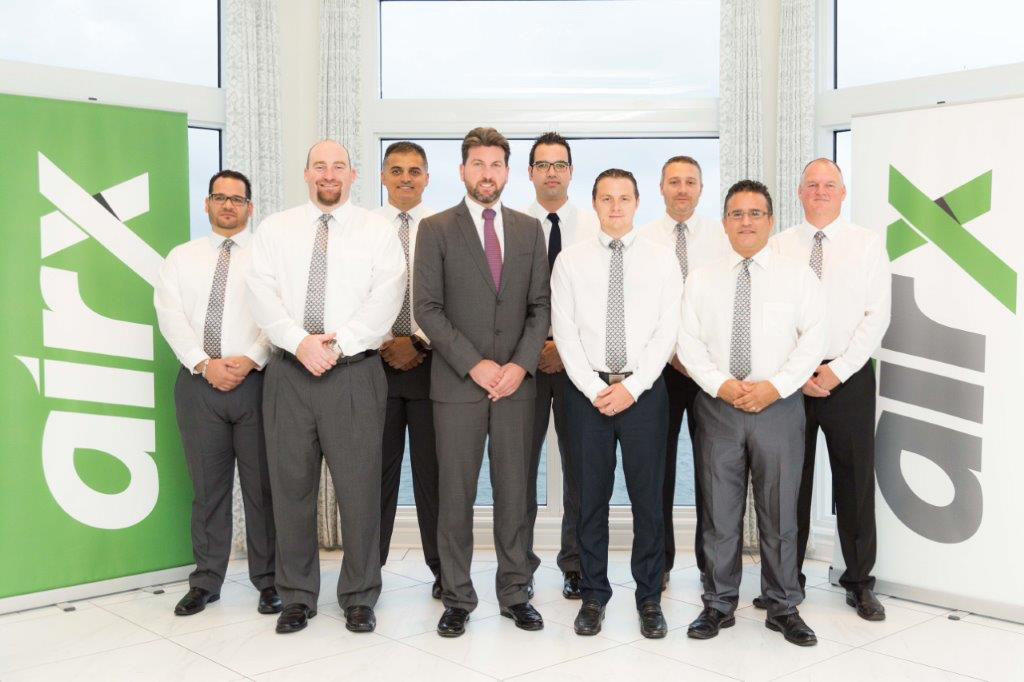 US-based Aircraft lessor Air X Aviation has named Darren Banham as president of its AirX America arm as part of a “strategic launch in the western hemisphere”.
Banham, a leading broker in the industry, is one of several key senior appointments from the air cargo and passenger air charter industry announced by Air X.
In a statement Air X named them as David Livingstone, Jack Burt, Peter Obre, Simon Edwards, Daniel Frisch and Jose Torres.
It said in a statement: “Collectively, these individuals bring together vast experience and knowledge from all aspects of the industry specializing in VIP transportation throughout North, Central and South America, cargo operations (including ad hoc and large-scale humanitarian cargo charter operations for international aid agencies, governments, and other aid providers) and narrow and wide body aircraft tours.”
In addition, AirX  announced that Chris Chapman and Carol Norman have been appointed as “brand ambassadors”.
Said Air X: “Chris and Carol have an impressive legacy within the industry, having set up the biggest broker house in aviation history with revenues north of $800m. We are thrilled to have both Chris and Carol join the AirX team as the organisation expands to become a truly global company diversifying in each aspect of aviation.”
Heading up marketing and public relations activities will be Roberto Berrios who brings experience in business development, networking and media relations throughout the Americas.
AirX has also purchased a stake in Via Airlines, a Part 121 operator of larger aircraft; and Elite Aircraft Management, a Part 135 operator of standard VIP charter operating approval.
John Mathews, Chairman of AirX, said of the company’s expansion strategy: “The process of completing this agreement has been ongoing for many months with regards to negotiations and the setup of such entities. Joining myself in the shareholding group of Via are 3 other parties, one of whom is in the top 20 aircraft leasing companies in the world.
“With the combined expertise of the shareholders, we will produce a company that will set a new standard of aircraft operation in America.”
Elite Air will become AirX America and begin the operation of Challenger 850s, Citation Xs and Gulfstream IVSPs, all of which will have brand new interiors throughout”
Over the next 15 months, AirX America fleet will grow to around 10 aircraft. The Citation Xs will begin to service the coast to coast market; the Gulfstream IVSPs will set a new price low in transatlantic travel and the Challenger 850s will be servicing the five hour radius from our hubs in New York and LA.
Air X added: “With regards to the operation of Via Airlines, we will be mirroring our VIP A340 onto the larger certificate and producing both VIP and 737 Freighters, which will have dual role and the ability to change from the 9H-YES Bentley style interior to the 120/148 economy seat interior, depending on ACMI and Tour Operator contracts.
“In addition, we will be growing our fleet of Embraer 145s at Via, of which we presently have 6, whilst continuing to service the EAS routes that we have recently negotiated with the government. These contracts already cover our break even requirement whilst AirX/Via offers hub and spoke transfers at costs no other carrier can match.”