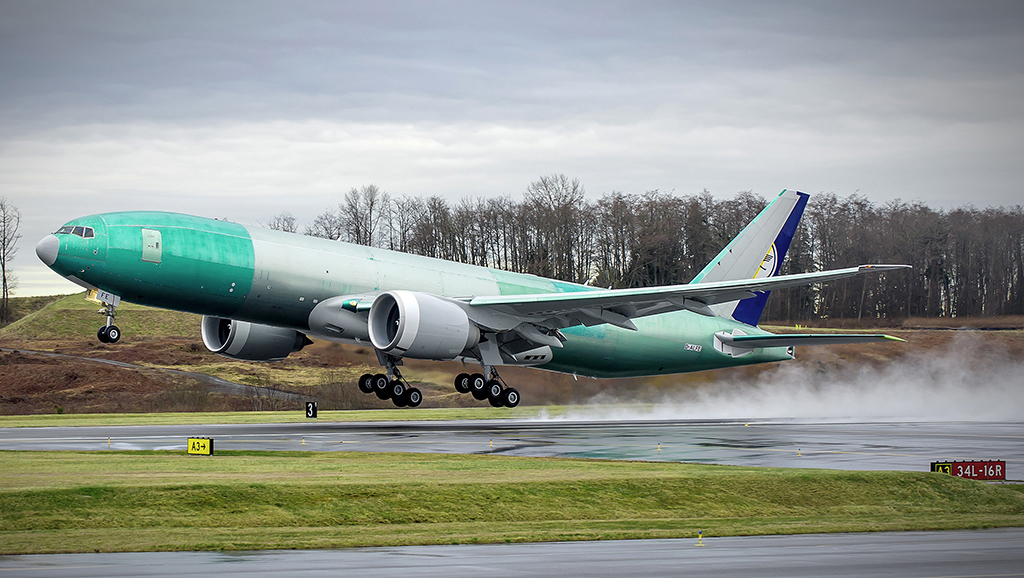 A Lufthansa Cargo Boeing 777 freighter is the subject of a new film that covers its production line manufacture, collection and transfer from Seattle to Frankfurt.
The plane, registration code D-ALFE and subsequently named Hallo Germany by Lufthansa, was accompanied for three months by film team of director Thomas Aigner.
The PilotsEYE.tv DVD containing the film and numerous bonus features has been commercially available since September 9.
Claus Richter, B777 chief pilot with Lufthansa Cargo, and his colleague Manfred Schridde, technical pilot of the B777 fleet, are the human protagonists of the film. Both flight captains explain the most important stages on the way to the creation of a new aircraft.
"We are excited to be part of this fantastic production with Lufthansa Cargo for the second time", says Richter.
D-ALFE was already the third B777 that he had flown to Frankfurt fresh from the factory. In the course of the Lufthansa Cargo 2020 future programme the cargo airline had ordered five fuel efficient and quieter B777s in total.
The first B777F started its service with the cargo airline in November 2013.
“PilotsEYE.tv enables everyone to experience the fascination of flight," explained Aigner.
Said Lufthansa Cargo: “Passengers, aviation fans and anyone else who wishes to finally experience a flight from the cockpit can get their money’s worth. Closer than ever before.”