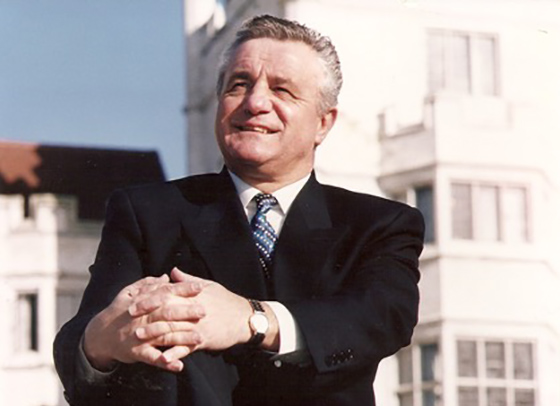 Air Cargo News is sad to report the death of Chris Buckerfield, a well-know airfreight figure who enjoyed senior roles with Seaboard, Emery Worldwide and Air Express International.
Buckerfield finally lost a long battle with illness, with his family at his side. Since his passing, the family has received well over one hundred messages of sympathy from friends and colleagues around the world.
His son, Steve Buckerfield, said: “On behalf of mum, Mike and myself I want to thank everyone who wrote to us. We are extremely grateful. I have read and shared these messages and they have brought us great comfort and even a few smiles as people shared stories of some of Dad’s pranks and scrapes."
Those wishing to attend the funeral, on March 14, should contact Steve Buckerfield at [email protected]
The family has set up a Just Giving page in Chris Buckerfields’s memory with all proceeds going to the Stroke Association at www.justgiving/chrisbuckerfield
Chris Buckerfield joined the air cargo industry working for LEP at Heathrow when he left school at 16 in the mid-1950s. After completing his national service in the RAF, where he became forces lightweight boxing champion, he returned to Heathrow.
In the early 1960s he joined Seaboard World Airlines, which operated freighter services, and he rose to become Heathrow station manager.
Seaboard was the first airline to operate the B747 Freighter from the UK to the US. Buckerfield joined Concord Express in the early 1980s and was instrumental in setting up their ramp operations at Heathrow.
He joined Emery Worldwide as UK managing director in the early eighties and started its dedicated DC8 freighter services between Dayton, Chicopee, Manchester and Maastricht.
He moved with Emery to Hong Kong as the director for Asia when it started flying scheduled freighters between the US and Hong Kong.
He joined Air Express International (AEI) in 1993  and served as vice president Europe & UK until his retirement in 1999.