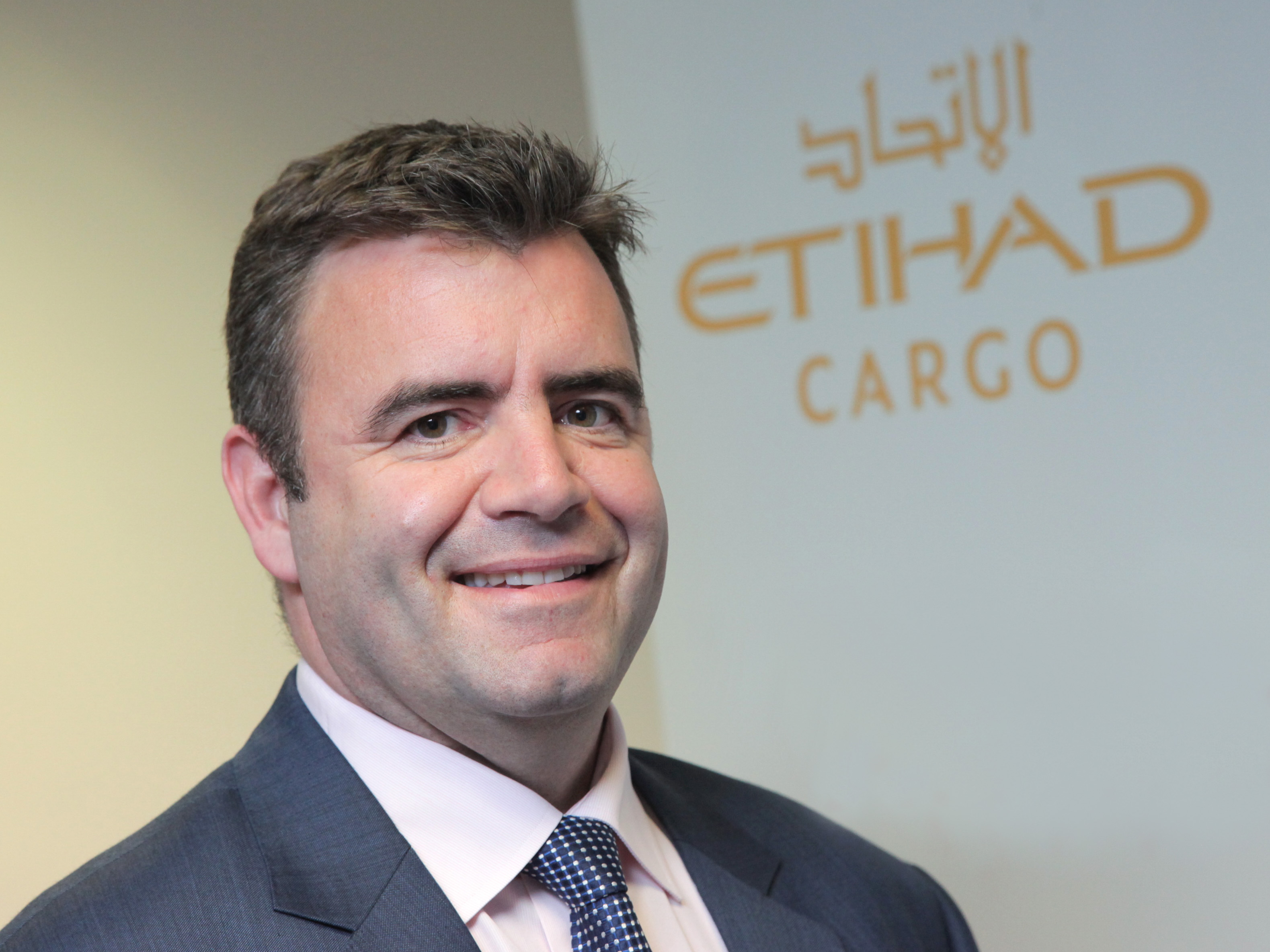 Etihad Airways cargo boss David Kerr has been named as the new chief executive of CargoLogicAir (CLA), the UK-registered freighter airline, with effect from 1 January 2018.
Sir John Holmes, advisory board chairman of CLA, said: “David is a highly respected, experienced and well-known air cargo industry executive who will bring new insight into the business and lead CargoLogicAir towards our strategic goal of recognition as one of the leaders in the European airfreight industry.”
Kerr, who steps down as senior vice president at Etihad Cargo at the end of 2017, has more than 20 years of experience in the airline sector, holding senior roles for world-leading companies in Europe, Asia and the Middle East.
His career-to-date has embraced the fulfilment of strategic goals, overall performance improvement, and the successful enhancement of aircraft fleets and networks, coupled with accountability for commercial and operational issues.
Kerr’s career path has been in varied industries including FMCG, Banking and Travel. His first job in the aviation industry was with American Airlines and most recently Etihad Aviation Group.
In his new role he will be responsible for CLA’s “strategic development plans, orchestrating the growth of its freighter fleet and its network, with the focus on specialized logistics solutions for different industries”.
In total, CLA operates three aircraft – two B747-400Fs and one B747-8F. It is due to take delivery of its fourth aircraft early next year, while a fifth will join before the end of 2018.