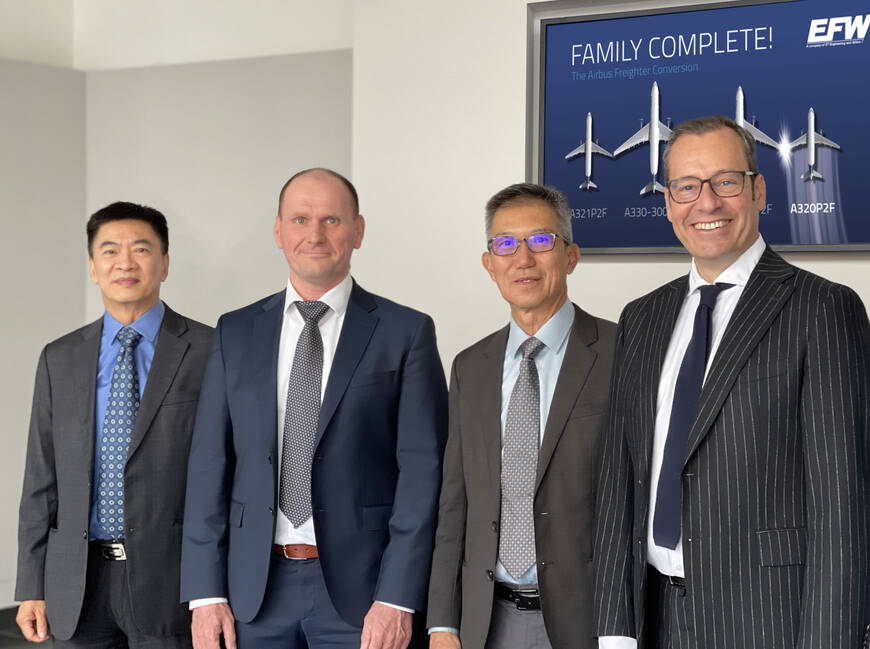 In addition to chief executive and president Jordi Boto, Chin Wah Chan will now act as managing director in his function as chief operations officer.

As the second new managing director, Kai Mielenz has assumed the new function of labour director in addition to his role as chief financial officer.

The appointments were made by the EFW Supervisory Board, effective September 21.

Dr Yip, chairman of the Supervisory Board of EFW, said: “The growth of the market for cargo aircraft and thus of the EFW conversion business, the focus on cabin solutions in the composite business and the development of further business areas are unprecedented tasks and offer unique opportunities to EFW.

“The expanded EFW Top Management is going to meet the current challenges in the best possible way and to ensure products and services as expected by our customers. I am very pleased that, in addition to Jordi Boto, we have also been able to have both Chin Wah Chan and Kai Mielenz as managing directors.

“By filling the positions from our own team, we want to ensure continuity and consistent market orientation in the long term.”

EFW recently hit a milestone with the completion of 20 A330-300 passenger to freighter (P2F) conversions.