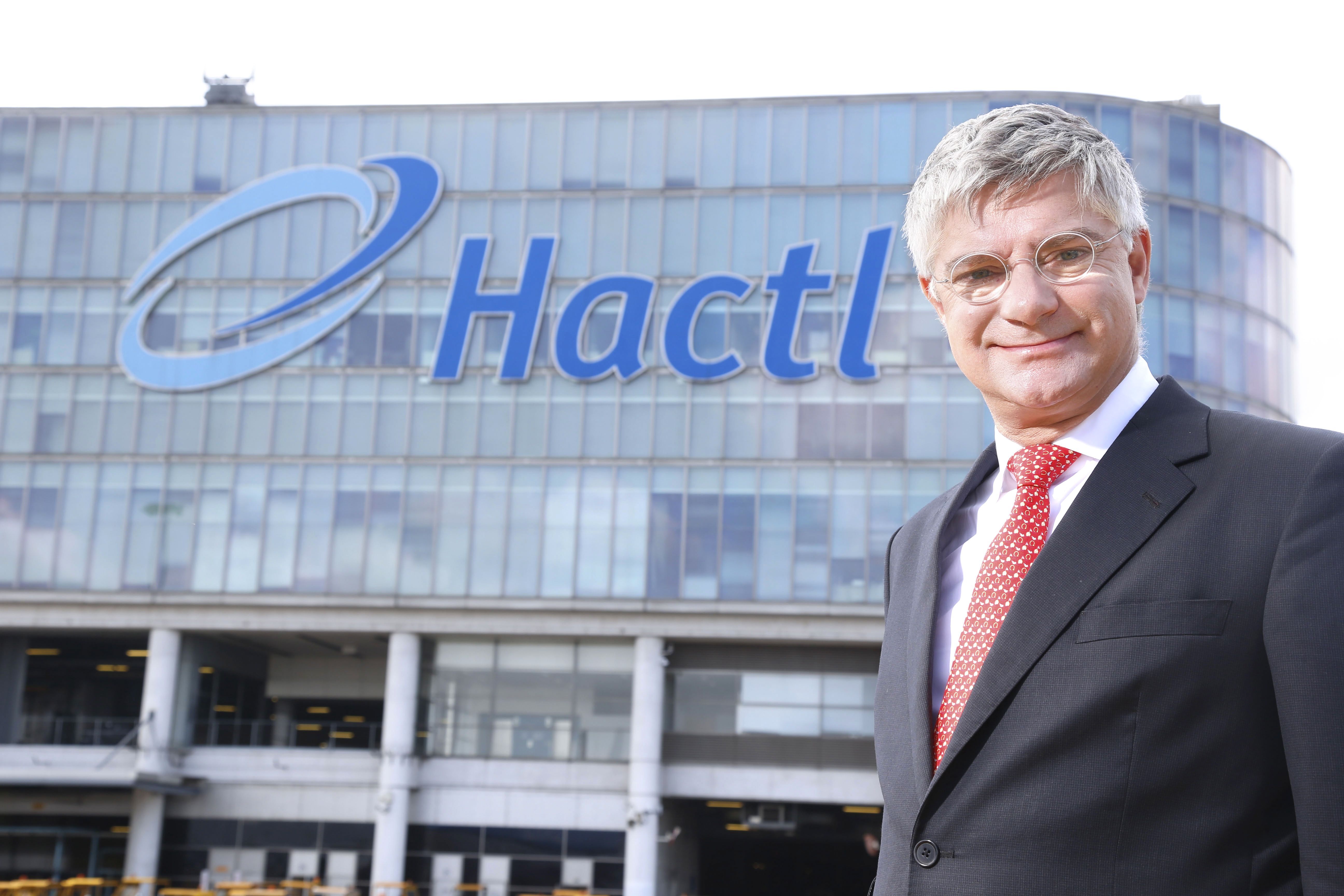 Air Cargo News is saddened to report the death of Mark Whitehead, a well-known face in the air cargo industry and until recently the chief executive of Hong Kong Air Cargo Terminals Limited (Hactl).
A statement from Hactl said: “It is with the utmost sadness that Hactl reports the death of its recently-retired former chief executive, Mark Whitehead, who passed away in his sleep whilst competing in an ocean yacht race.
“Mark joined Hactl in 2010 and, under his outstanding leadership, the company successfully navigated a period of unprecedented change, while continuing its investment and modernisation programmes. Mark’s tenure as chief executive was also distinguished by many industry ‘firsts’, and a host of industry awards.
“Despite his recent retirement from Hactl on March 7, Mark remained connected with, and firmly committed to, Hactl’s future development, in the new role of advisor.  He will be greatly missed by all at Hactl.
“Mark is survived by his wife Rebecca, daughter Francesca and son Charles, to whom the company extends its heartfelt condolences. Hactl is relaying messages of sympathy to Mark’s family, and anyone wishing to do so you may send a message to: [email protected] .”
The Hactl flag on the company’s SuperTerminal 1 building was lowered to half-mast on April 3, as a sign of respect.
A statement on the Royal Hong Kong Yacht Club website said: “It is with shock and profound sadness that we share news that our Past Commodore and good friend Mark Whitehead passed away in his sleep whilst competing in the China Sea Race.
“A member of the Club for nearly 35 years, Mark served on the General Committee and was Commodore from 2014 to 2016.”
The statement continued: “A force of energy and fun, he was a passionate sailor, spending most weekends class racing on Etchells and also a keen offshore sailor too competing in many offshore races on Orient Express and Straight Up, among others.
“Our heartfelt condolences go out to his wife Rebecca, children Francesca and Charlie, to his fellow crew aboard Orient Express and to his many family and friends. He will be missed.”
Whitehead joined Jardine Matheson in 1987 as an in-house legal counsel; he subsequently worked for Jardine Transport Services Group, and was the Jardine Matheson Group’s senior representative for Indo-China from 1996 to 1999.
He was then appointed managing director of Schindler Lifts Hong Kong, after which he worked at Hongkong Land as an executive director.
Whitehead joined Hactl in 2010, with the specific task of steering the company through the biggest challenge in its history: the loss of its majority shareholder and major customer, Cathay Pacific, which in turn became Hactl’s competitor.
Whitehead led the handler to become the largest freighter ramp handler in Hong Kong, while its logistics subsidiary, Hacis, has undergone significant investment and expansion.
Summing up his achievements, Whitehead said at the time of his retirement: “I look back with great satisfaction on what we achieved at Hactl and am clear that our extraordinary progress has only been possible through the drive, support and hard work of our workforce. I am proud to have led the team, and to have been part of such a strong ‘can do’ culture.
“I look forward to hearing about Hactl’s continuing growth and successes. For my own part, I have grown to love the air cargo industry, and the people in it.
“I still feel I have a lot to offer, and I look forward to opening a new chapter of opportunities and challenges – whatever and wherever they may be.”