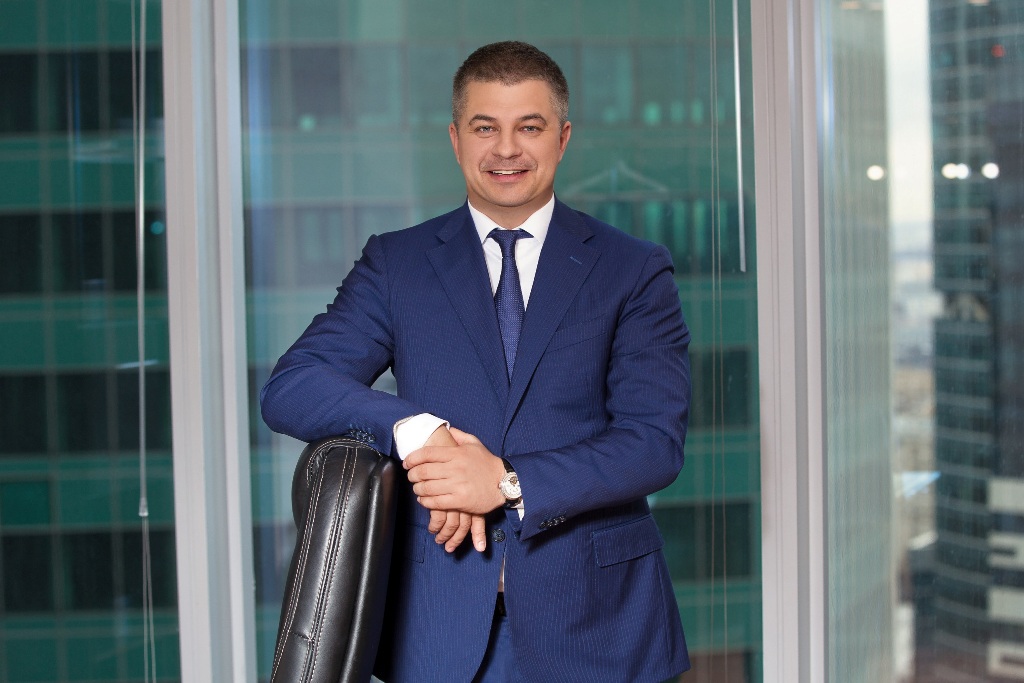 Gediminas Ziemelis, chair of the board, Avia Solutions Group

Gediminas Ziemelis, chairman of Avia Solutions Group (ASG), has some advice for a young entrepreneur in today’s disrupted aviation industry: “Be careful about signing a long-term contract with aircraft or facility owners, because the market is dynamic and changing dramatically, and today’s pandemic shows that.”

The Lithuanian millionaire gives an example of market volatility: the current purchase price of a Boeing 737-800 passenger aircraft, attractive feedstock for freighter conversion, is around half that of just one year ago.

He believes that the availability of such distressed assets in the passenger aircraft market will increase further, with even better deals on the table.

Ziemelis is in charge of a group with an extensive portfolio that includes passenger and freighter airlines, aircraft leasing and trading, ground handling, aviation training and consultancy, as well as rail freight, tour operators and hotel businesses.

Ziemelis takes a cool, analytical approach to the aviation industry: “My background is mathematics and I evaluate all the processes of a business via the numbers and this is usually how you can say whether a business is good or bad.”

Tony Ryan, founder of Ryanair, was both a friend and an aviation exemplar for Ziemelis: “Ryanair came out of Ireland, and there is a quote that if you can start from a small country then you can conquer the world.

“The idea is about creating competition to the giants and at the same time to be very effective. ASG is acting in quite a similar way: competing with the giants and operating out of a small country, like Lithuania. We have created many business streams that can compete with large companies around the globe.”

Aviation is an “interesting” industry for the ASG boss because it is not bound by borders: “Aviation is totally global and has a single language: English. It has a united community, common standards around the globe and it is quite predictable in terms of the demand, supply growth and capacity needed to serve the industry.

“I liked this industry when I stepped into it 15 years ago. It is probably one of the best industries to be in if you have ideas and creative plans.”

The acquisition of Chapman Freeborn, which operates Magma, was completed in October 2019, and Bluebird Nordic in January this year, both deals being a surprise for the industry.

He followed those deals up in June with Arcus Air Logistics, a niche freighter airline focused on automotive spare parts. He promises that more airfreight-related deals will follow soon.

Has Ziemelis spotted a gap in the airfreight market?

“Our business model is based on not tying heavily into capital expenditure by owning all the assets. You need to own some of the capacity, but also be flexible in managing business cycles.

“In our passenger ACMI business this summer we were planning to fly 67 Airbus A320 family aircraft, but because we had short contracts and the opportunity to change contract conditions, we were left with just 15 aircraft and so we managed a crisis.

“And it is the same for cargo. It is impossible to earn money by buying brand-new cargo aircraft.

“It is a question of buying the passenger aircraft at the right time and converting them.

He adds: “ASG’s strategy from the very beginning when I launched on the Warsaw stock exchange in 2011 was based on our equity story that net efficiency in aviation would create advantages.

“Whenever the market grows between 3%-5% in developed countries there is an oversupply in capacity: hangers, simulators and even aircraft, and in an emerging market there is a lack of surrounding service companies with pilots, planes, facilities and hangers, but that is temporary.”

Companies like ASG can purchase some of that spare capacity to create its own brands. Ziemelis says that Chapman Freeborn followed this strategy before the arrival of its new owner by “adding to the value chain in aviation”.

He continues: “Chapman Freeborn is a good example. They have Magma, an airline using three Boeing 747–400 freighters, to bring tailor-made solutions to difficult markets, be it United Nations flights or some other extraordinary flights.

“In the Covid-19 pandemic they are performing very well. Bluebird is a long-haul and short-haul charter company, but here again I see an opportunity.”

He adds: “ASG could just be a company taking third-party capacity, but we started to invest in our own [capacity] with 60,000 sq m of hangers and 10 flight simulators around the globe. We have around 40 aircraft, all on our books, and we also have 30 ground handling stations and 60 line maintenance stations.”

Ziemelis is focused on the market for converting narrowbody passenger aircraft into freighters (P2F), with the pandemic grounding passenger jets early in their flying cycle, resulting in younger vintage and lower price feedstock ripe for conversion.

The Chapman Freeborn and Bluebird acquisitions created “a huge window of opportunity” in the P2F market because now is the time when operators will look to refresh their fleet portfolio: “We will be one of the first and fast-developing organisations in the cargo market.”

“We are coming with a newer model with more pallets, which is close to the same cost price as the previous model and the same for the Airbus A321.”

He calculates that there are around 500 B737-800 passenger jets of a 2000 to 2004 vintage in the market as potential feedstock, with some 80 line slots per year combined at the three conversion centres belonging to Bedek, AEI and Boeing, pushing some 200 plus P2F into the market over the next three years.

He continues: “Of course, those aircraft will squeeze out the previous model and operators of the B737–400F will face the problem that they need to be flexible to keep this aircraft flying because they have not finished the economic cycle and still have a quite high value on the books.”

Ziemelis argues that e-commerce leaders such as Amazon and Alibaba will see more competitors enter the market, driven by a greater take up of online shopping that in turn will create additional demand for short-haul, narrowbody aircraft.

He adds: “Narrowbody aircraft and e-commerce goods need to be close to the final customers and do not need huge cargo hubs.

“E-commerce is about how quickly you can get your goods to the customer once they are ordered on the internet.

“Secondary airports will need to increase their cargo capacity to make the service levels higher because a narrowbody is flying for one or two hours to the sub-regions where the e-commerce goods are put on trucks.”

ASG is ready to expand in the rapidly changing aviation market and has the financial muscle to do so.

“We have a specialised mergers and acquisitions (M&A) department which, two months before Covid-19, issued a BB stable rated bonds for $300m.

“We also had internal cash and were planning to spend close to $150m for acquisitions and had already spent some of it before Covid-19.

“I cannot give particular names of companies, but in some cases we are buying parts of the businesses and on our list we have more than 20 cargo companies to whom we are in discussions about possible acquisitions.

“For example, we’ve just announced the acquisition of the air cargo business part from Arcus Group.”

Describing Zhengzhou as the “cargo capital of China,” Ziemelis believes that this deal will be the launchpad for further ASG expansion in Asia.

“I would like to emphasise that the important thing is the narrowbody aircraft for freighters. It will grow and grow and grow, starting from China and finishing with Europe.

“There will be more and more e-commerce trade platforms for the cargo carriers to sign a contract with,” he adds.

He has less enthusiasm for long-haul freighter services because “everybody was waiting for November when the new Apple iPhone arrives that they were charging three or four times per kilo to be distributed within two weeks.

“But now the logistics sector is adjusting to the market conditions and using different supply chains.

“I predict that within the next 10 years, the long-haul air cargo market will be [in the first] nine months [of each year] below breakeven and then the last quarter be extremely profitable. It will average out throughout the year.”

Ziemelis takes a less pessimistic view of the next few years in the aviation industry for both passenger and cargo: “I don’t believe it will be so bad as it is predicted when there were forecasts of a recovery in 2022, reaching just 90% of what the global economy was in 2019.

“We have a different situation from 2009 [the global financial crisis] because the liquidity of the consumers has not disappeared, and majority of the governments are paying people to stay at home.

“Secondly, the majority of the aircraft owners and the lessors are quite flexible, giving payment holidays to the carriers so there are almost no aircraft repossessions.”

The pandemic meant that ASG’s planned Initial Public Offering (IPO) on the London Stock Exchange in September this year has been postponed, but Ziemelis says it will definitely go ahead and will probably take place next year.

He even shares some humour about corporate financial reporting in a near future.

“Our investment banks are asking about 2020 and we said that everybody will now be reporting not at the ebitda [earnings before interest, tax, depreciation and amortisation] level but at ebitdac, with the C standing for coronavirus. It will be the new way of measuring a business.”