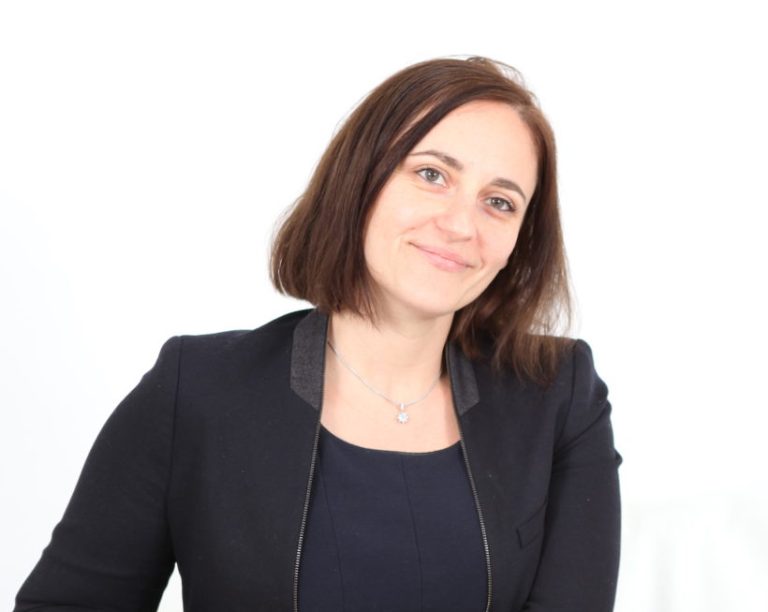 When Céline Hourcade announced in June that she was leaving IATA Cargo after 11 years at the forefront of airfreight innovation, there were two unanswered questions: why and what next?

Hourcade, who originally joined IATA on the passenger side and was part of the successful e-ticketing team, acknowledges that it was neither an “easy” nor an “obvious” decision and that “it came as a surprise for lots of people around me”.

There was no one single reason, but three combined ones: “I turned 40 years of age last year and I think the 40 crisis is not a myth — that it actually exists. I really questioned myself on who I am and where I want to go. I wanted to learn something new and something different.”

Regular change
Hourcade, who praises the work of her boss at IATA Cargo, Glyn Hughes, adds: “I have seen nine years working with Glyn, but within that period I always changed focus every two or three years. I am someone who needs to have regular change.

“I am not somebody who can do the same thing all the time, and I need new challenges. I had already spent three years as head of cargo transformation. It was a super cool job, probably the best job in the whole team, but I thought it was time for me to move on.”

The third reason is more to do with the slow pace of change in the air cargo industry.
“Being in charge of transformation I saw all the companies that are really trying to innovate, move quickly, challenge and come up with something new.

“I was very excited with that but to be completely honest, IATA was not moving fast enough for me, so I got a bit frustrated last year.”

Hourcade praises a “great cargo team” at IATA that is both “creative and works hard to make a positive impact for the industry under the leadership of Glyn [Hughes]”, but she adds: “Having said that, we are also suffering like every other company that has some cargo and a passenger business: cargo is not the main focus.

“I got frustrated because, for me, the industry is not moving quickly enough. It was my New Year’s resolution to have a change, to leave IATA Cargo and to do something different.”

IATA’s slow progress
It seemed appropriate to ask about the slow progress of IATA Cargo’s signature policy, implementation of the electronic air waybill (e-AWB). It reached 65.1% in July 2019 after its launch nine years ago.

Hourcade says that IATA “chose a wrong approach” in the e-AWB adoption programme: “IATA kept setting targets for the industry, targets that it was not able to meet itself, but setting targets and then communicating on it.”

That said, Hourcade is quick to add that the airfreight industry has done a “fantastic” job with the e-AWB by coming up with electronic standards to replace the paper document, and points out the many complicated reasons why the e-AWB is nothing like e-ticketing in the passenger world, which had only one document to replace.

“People often say that e-ticketing is the equivalent of the e-AWB but obviously it is not. The e-AWB has the contractual part to it, so it is more complex than electronic ticketing.

The e-AWB has a number of associated documents linked to it that are used by the local customs authority, the airline, the airport, the ground handler, the freight forwarder, the shipper and customs broker.

Adds Hourcade: “There are so many players involved in every part of the world, with legal constraints, mindsets and cultural barriers.

“It is massive change management programme that IATA, and then the entire industry, pushed for. Today you can see a glass half-empty, ie adoption is not fast enough and that we are a very difficult industry to organise et cetera.

“But you can also see a glass half-full, the fact that this project was a giant task and that we managed after many years finally to convince and show the light to so many players, including regulators, custom authorities and global leaders — that they have to move to digital solutions.”

Is e-AWB the future?
But there is a sting in the tail of that analysis from Hourcade who, while praising the momentum in e-AWB adoption, observes: “I’m not sure today whether or not the e-AWB is the answer. It was a good answer 10 years ago but not anymore. I don’t think it is appropriate to just focus on the removal of the paper document and replace it with an electronic one.

“It is not modern enough for today’s world and we now need to embrace smart data sharing, but I regret the approach from many traditional players in this industry in that they have a tendency to say let’s first do the e-AWB before we try something else. I think that approach is wrong.”

Hourcade, whose grandfather was an engineer who installed radar systems at airports around the world — something that inspired her to join the aviation industry after studying at a French telecom business school, says: “I come from the telecommunications industry and when I started, mobile phones were at an early stage.

“It was not a smart phone but a dumb phone, and then little by little, a new generation of mobile phones became smartphones. Do you really think today that we can tell someone that first he has to start with an old-fashioned mobile phone before he can get a smart phone?

“No, it does not make sense, so don’t try to force digital documents when you can have smart-data sharing. It is not appropriate anymore and is not worth the investment in time and money rather than just jumping into the next generation of digital solutions.”

While striking a necessary negative note, Hourcade says that the airfreight industry and customs authorities have done “a tremendous job and should be really proud of all those achievements in accepting digital solutions, it is amazing”.

Commenting on the mushrooming start-ups in airfreight these days, allowing stakeholders to share data and to book directly online: “Finally we have the momentum and that is why they can go to the market and be successful.”

Time for reflection
After Hourcade’s decision to leave IATA Cargo was announced, she set off on a month-long hiking trip with her husband and two children across Indonesia, Malaysia and Singapore, deliberately disconnecting herself from the world of work.

Synchronicity then played a helpful part, with the announcement that Steven Polmans of Brussels Airport was the new chairman of airfreight industry body TIACA, joined by Astral Aviation’s Sanjeev Gadhia as vice chairman, with both men putting sustainability and diversity issues to the fore.

Hourcade congratulated both men on their focused agenda, because sustainability is close to her heart, and subsequently an offer came from Polmans to join the project.

Hourcade, who has a notebook full of new ideas for transforming airfreight, each one covering at least three pages, will be a consultant to TIACA and not a full-time employee.

She is setting up Change Horizon, a new consultancy company, based in Geneva. She has one other client, the Aerotropolis Institute of China, and is negotiating with three other potential clients to help companies, organisations and customers with their digital transformation projects, their innovation and sustainability programmes and their drone initiatives.

“TIACA is my main focus and it is also very exciting as a topic. I have lots of ideas for what to do with the sustainability programme. I don’t have to sell it myself and TIACA already has companies that raised their hand and volunteered to join the sustainability strategy and to be really active. That is very motivating too.”

Hourcade says it is important to raise sustainability’s profile as an issue within the air cargo industry while also repositioning TIACA in a different role as an organisation engaging with aviation regulatory body ICAO, plus IATA, to lead concrete initiatives that will “really make an impact”.

She adds: “Sustainability is the integration of three elements, the 3Ps: people, planet and profit, so we need to be good for the environment, good for business and good for people. For me this is 3+1, with the plus one being innovation.”

“When we say drones, the general public has the image of a small recreational drone that can be bought very easily, and which can used to take pictures and nice videos et cetera.

“But drones are much more than that in aviation and can be used for aircraft maintenance inspections, also at airports for the management of birds and for the transport of goods and passengers.

“The only thing we don’t know today is how long it will take and which ones will be successful because we are at the emerging stage of this technology with lots of start-ups popping up everywhere that have an idea.

“We don’t know yet which ones are not only technologically feasible but are economically viable and scalable and will be acceptable for the regulators.”

She adds: “We are in a process of the unknown, but I am certain that in a decade from now, unmanned vehicles will be transporting cargo.”

Can airfreight be green?
On environmental issues, the global aviation industry produces 2% of all human-induced CO2 emissions. Asked if airfreight can really be green, Hourcade says: “Yes it can, and it can be greener.”

She cites greater use of alternative fuels, aircraft weight reduction and optimised loads.

“There is also the definition of green. If you want to have zero emissions, then no, that is probably not the case for transport.”

But she is doing her bit for the environment and gives an example: “I drive a 100% electric car and I create emissions only for the electricity part and the manufacture of the car. I’m not carbon neutral and environmentally neutral with my car, but I am greener than most of the people.”

The adoption of digitalisation has accelerated during the past two years, but this isn’t too much of a surprise given…