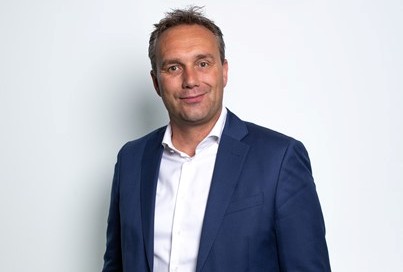 Freight forwarder Damco is looking to take advantage of a rising market this year with a new business focus targeting specific areas, as its global head of airfreight, Ferwin Wieringa, tells Damian Brett

The last few years have been a period of change for the airfreight market, but also for freight forwarder Damco.

In 2018, the AP Moller-Maersk Group split Damco’s supply chain services business from the forwarding side of the company.

The supply chain division was combined with the shipping giant’s container carrier subsidiary Maersk Line, while the forwarding side of the company continued to be run as a separate and independent business under the Damco brand.

“Damco is a company that has existed for more than 100 years so we have a long history, which we are very proud of,” says Wieringa.“But we are also proud to be part of AP Moller-Maersk as an independent brand within the group.

“This gives us a solid background and financial backing, but we are also an independent own-controlled freight forwarding organisation.

“It gives us a lot of benefits to operate in the market as an independent brand. We are not bonded, we are a neutral party.”

Wieringa can count some of the biggest names in freight forwarding among his previous employers.

He first entered the industry in 1994 at Panalpina, holding a variety of roles as he continued to work for the freight forwarder for the next 15 years.

“I started in the Benelux region, but ultimately ended up in global positions, working in commercial roles, including at Panalpina’s global head office in Basel.”

After a decade and a half at Panalpina, Wieringa moved over to its Swiss rival CEVA in order to take a role that would allow him to manage a profit and loss (P&L) account.

Joining CEVA’s freight and transport management business in the Benelux region “gave me a much broader perspective of the company and helped me to really understand how the business is being driven in a local area where the money has to be made”, Wieringa says.

After six years at CEVA, Wieringa moved over to Damco to take up his current job as head of airfreight.

“[Airfreight] is my specialism,” he says. “What I like about it is the speed, the complexity and the constantly changing environment that we work in.”

Wieringa has certainly been able to enjoy a changing market over the last few years, from rapid expansion in 2017/2018 to a decline in demand more recently.

Looking ahead, he is hopeful the market will pick up in 2020, although this will probably happen in the second half of the year.

“I expect this year to be stronger than 2019, but it will not be much of an improvement and especially at the beginning it will be flat,” he says.

“I am also expecting to see a peak period in October, November and maybe December.”
Wieringa says his expectations for the year ahead are driven by the continuously growing e-commerce market, which demands airfreight capacity in order to meet consumers’ delivery expectations, as well as the improving relations between China and the US.

When Air Cargo News spoke to Wieringa, the coronavirus had yet to make its presence felt and the US and China had just agreed phase one of a new trade deal.

China has pledged to increase US imports over 2017 levels by $200bn over the next two years, while it will also take action to combat counterfeiting and crack down on other trade practices opposed by Washington.

The deal also halts the addition of any new tariffs but leaves in place most of the levies placed by the US on $360bn worth of Chinese products. China will leave in place tariffs on $100bn worth of US goods.

China’s commitment to buy an extra $200bn worth of US goods includes $52.4bn of energy exports, $32bn of agricultural products, $77bn of manufactured goods and $37.9bn of services.
The deal also won’t affect the US’ December pledge to halve a 15% tariff on about $120bn worth of Chinese goods.

On e-commerce growth, Wieringa says: “E-commerce demand will continue to grow as consumer spending power increases in regions like India, China and Africa, buoyed by increasing access to internet-based devices and services.

“Despite the overall downturn in consumer demand in the US and Europe, the shift from high-street shopping to online will contribute to the increase in airfreight volumes in 2020.”

He also expects the pharma and perishables sectors to continue to grow this year as the markets mature.

On the downside, Damco expects stagnation in the retail and fashion sectors, mainly because of the trade war, as well as slowing demand, and the fact that the supply chain in these verticals can still be managed in terms of ocean freight.

“In 2020, we will be taking advantage of these opportunities and challenges with a proactive strategy for airfreight, bringing a new business focus in targeted areas with new products and service offerings,” says Wieringa.

“However, for there to be really positive growth in the airfreight market, there needs to be a definitive resolution to the US-China trade war.”

So how has Damco adjusted its business in order to meet these changing conditions?
For one, the forwarder will take fewer space commitments with the airlines.

“Every year we evaluate our strategy in relation to our commitments,” Wieringa explains. “It is very important to constantly do that. In a weaker market you take fewer commitments on a firm base, so we are adjusting our strategy towards that.

“On the other hand, if you take the China market, where we are a market leader, even if it goes down a little, it is still huge so you cannot just use the spot market because you will take on too much risk. Therefore, we are still involved in long-term commitments with our partners.”

The company will also be looking to expand its commercial teams and add new offices, when such opportunities present themselves.

“We are developing our global footprint and enhancing our office footprint in certain countries,” Wieringa says.

“Just as one example, we will very soon open a new UK warehouse at Heathrow, which will be much bigger than the one we currently have.

“And then in those countries where we see huge growth, such as Vietnam and India, we will invest in our office landscape as well as our people.

“We have hired a lot of new commercial colleagues around the world to drive our commercial agenda and really get growth in the company, not only in our traditional segments [retail, fashion and high-tech], but also in other target segments as well.”

The Heathrow warehouse is expected to begin operations this month. It will have AEO status and will offer a bonded area that can help customers manage the impact of Brexit.

The growth Wieringa mentions in Vietnam and India is partly driven by companies shifting production away from China as US tariffs last year pushed up the cost of using that country as a manufacturing base.

He adds that he is not expecting all companies to move production back to China even when a full trade agreement is reached with the US.

Limited options
“For our customers, changing their production landscape, moving it from one place to the other, is not that easy. It costs a lot of money and a lot of resources are needed to do that,” he says.

“So doing it one year in one country and the next year in another country is not really an option, unless in the new country the infrastructure and the political developments do not go in a direction that allows them to sustain those businesses in the long term.”

While the tariffs are partly to blame for the shift in production, rising wages have also played a part.

The Chinese government has implemented a ‘go-west strategy’ to encourage companies to shift their production into the lower cost west of the country.

Tied into this are a series of transport and logistics infrastructure investments to help with the transport of goods to destination from the inland manufacturing centres.

This has led to the establishment of rail services transporting goods from China across Europe. Initially, these services were grabbing business from both ocean and air as they offered a middle ground – less expensive than air, but faster than ocean.

However, Wieringa says this modal shift has eased over recent years as a result of technical challenges and capacity constraints.

“[Rail transport] is still growing and it is still grabbing some market share, but it is not all coming from airfreight: it is also coming from ocean freight. We also see some challenges on the rail network, perhaps leading to customers coming back to airfreight – if there is a problem, they have to fly.”

Elsewhere, Damco has been investing in its IT systems and it will continue to roll out developments in 2020.

Last year, the forwarder renewed its deal with supply chain software provider BluJay to include cloud services. The two companies had been working together since 2011 but have now changed from an ‘on-premise’ to a cloud-based setup.

Damco will also bring invoicing, vendor payments and master data into the Transportation Management for Forwarders service that BluJay provides. The move should help to improve file management, productivity and profitability.

“We invested quite heavily last year in system upgrades and this year we will continue to invest to make sure our software is up to speed with our customer needs,” Wieringa says.

“We are launching some new products as well in the next few months, based on new software-related enhancements we are making for improved visibility, predictability and consistency,” he adds.

Freight forwarder cargo-partner has taken the decision to extend its air cargo charter programme because ongoing capacity concerns. The company…