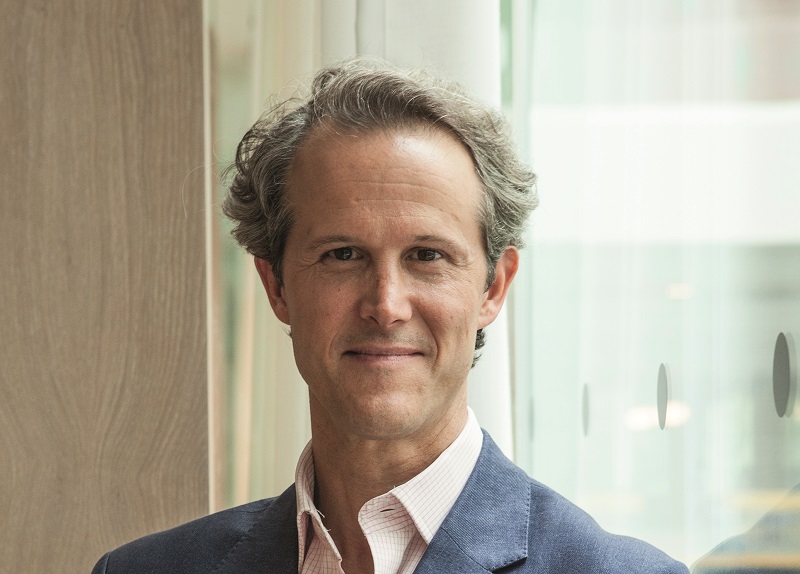 In June this year, UK-based digital freight forwarder Beacon made logistics headlines when it secured $15m in its Series A fundraising round, from investors including, and most notably, Jeff Bezos, the founder and chief executive of Amazon.

Startup Beacon, which was established in 2018, says it aims to become a leader in logistics by making trade “simpler, more transparent and more reliable” for businesses.

In addition to being a digital company, what sets it apart from traditional freight forwarders is that it also provides supply chain finance — more on that later.

Beacon was founded by chief executive Fraser Robinson and chief operating officer Dmitri Izmailov, who are both former Uber executives.

Robinson tells Air Cargo News that Beacon was set up after he identified the need to “create efficiencies and introduce technology” in the logistics sector.

Potential in this area is huge, as both freight forwarding and supply chain finance are worth an estimated $1tn and $12tn a year, respectively.

Reflecting on the Beacon journey, Robinson says that while leading Europe, Middle East and Africa (EMEA) operations at Uber, the launch of US-based trucking marketplace Uber Freight fed his curiosity about other opportunities that the logistics sector could bring.

“As I researched the topic and learnt more about logistics and how goods move around the world, it felt like there were lots of ‘blank pages’ of opportunities to improve existing systems,” he says.

He spent time inside logistics companies to find out more about how they operate, but says that “there was no eureka moment” for the planning and launch of Beacon: “These things take a long time.”

Streamlined forwarding
Beacon provides a full range of services for airfreight, ocean freight and road freight, and makes them accessible via its single digital platform.

Robinson uses an analogy: “It’s a little bit like being an online travel agent: it makes sense to offer flights, hotel, car hire, travel insurance in one place, rather than the customer having to go to a bunch of different places to do all of those things.

“Traditionally all of those things have been provided by different companies, but we found a lot of businesses prefer to deal with one provider, especially when those different services are so relevant to each other — they’re very synergistic.”

It is powered by machine learning that optimises routes and processes for efficient shipment costs and speeds.

Beacon’s partners include airlines, ocean carriers and trucking companies. The company works with them to obtain the best rates for its customer base, which are predominantly e-commerce businesses and retailers.

“My partners want to work with us because we are successful at winning more customers who have demand for the services that our partners provide,” Robinson says.

He dubs Beacon as a ‘tech-enabled service provider’ because it uses purpose-built technology — its digital platform — to benefit from its own internal operations.

He believes that by reducing overall operating costs (or “cost-to-serve”) through digitised processes, the business becomes more valuable, as well as more attractive to investors.

Robinson notes that a benefit of being a digital business rather than a traditional freight forwarder is that “toing and froing” can be avoided, processes can be streamlined and operating costs can be slashed.

The money saved can then be invested into customer service, which according to Beacon is crucial, as fewer than 30% of shippers are satisfied with the level of service that they receive from their forwarders.

“An operations manager at Beacon can do the work of three or four people in a more traditional freight forwarding business, as well as in a fraction of the time,” Robinson says.

“That’s where we see a huge amount of the value being created and if we can get to a point where Beacon’s costto-serve, over time, is below 50% of revenue then that’s a very valuable proposition for us as a business.”

Supply chain finance
In addition to streamlining freight forwarding processes on its digital platform and providing its customers with the “best rates”, Beacon also serves a gap in the market with its supply chain finance offering.

In his research phase, Robinson spoke to hundreds of potential customers and identified a key challenge that they typically faced: cash flow.

“I originally interviewed them to try to understand if there was a logistics problem that needed to be solved,” he says.

“I was universally met with comments around the problems that the supply chain creates with cash flow.

“When you hear that complaint enough, even if it is in passing, then you start to ask yourself: ‘What’s going on there? I want to understand it’.

“The more time I spent understanding the pressure created by the supply chain and the service being provided to solve it by the banks, the closer I got to the belief that ‘wouldn’t it be an incredible solution to not only organise the movement of the containers themselves, but to finance the goods in the containers as well?’”

He points out that he didn’t invent supply chain finance — which he says is “hundreds of years old as a concept” — but he has taken what he calls a holistic approach in applying it to freight forwarding.

He elaborates with another example: “Let’s say that you’re an importer and your products are being manufactured in the Far East.

“Often the payment terms are such that you have to pay deposits — sometimes 50% upfront when you order the goods to be made and perhaps another 50% when the goods are loaded onto the transport itself.

“So, for example, you’ve spent $100 to have your tables manufactured, but you might not sell them until four or five months later, so you’ve got a cash flow gap that’s been created by the supply chain.

“Very simply, supply chain finance is a solution where we provide the capital to an importer to pay their supplier those deposits upfront. They then pay us back at a time of their choosing, usually closer to the time of the sale of the goods.

“We bridge that gap and allow our customers to hang on to their $100. Yes, they might pay a bit extra to us later, but they’ve kept the $100 and they can use it to reinvest in their
business.”

“What Beacon is not trying to do is to build technology for Maersk, for example, or Etihad. Those are companies that are far bigger than we are and it would be arrogant of me to assume that we can change how they work.”

Yet he believes Beacon’s potential to be scaled up is what caught the attention — and financial backing — of established, tech-forward businesses, such as Amazon.

“Logistics has also come to the forefront in the past five years, particularly as the investment community has realised that businesses like Amazon and Alibaba are logistics companies at
their heart.

“Amazon Prime same-day delivery is a fantastic customer-facing proposition, but it’s a logistical problem that Amazon had to solve to make it a reality.

“Logistics underpins so much of the movement of the world’s goods. E-commerce continues to rise as a channel for sales, and logistics ties very nicely into that.

“I think it is also an area that investors see as being one with lots of opportunity for improvement.

“Investors are always looking for that total addressable market. They ask, ‘how big can this be if it works?’”

In addition to Beacon’s growth potential, Robinson believes the quality and expertise of his team caught the eye of established investors too.

“We’ve been very fortunate to be able to bring some of the best operators — that I’ve certainly seen globally — into the business and investors have been impressed by that.”

Yet he is quick to point out that funding from well-known backers is no guarantee of prosperity.

“We try to remain balanced and not too starry-eyed about those things,” he says.

“In the end, it is money and it’s up to us to put that money to good use. There’s nothing Jeff Bezos can do to make Beacon a success; that’s up to us.”

“There’s no silver bullet; I think it’s just an acceptance of being less profitable at the outset. You have to budget to be okay with that and be prepared to pay the price for being sub-scale.

“Then you can try to get some scale as quickly as possible. Rates will start to come down, your gross profit margins start to go up and then you can start to see a path to a good economic story.”

With the evolution of Beacon mapped out, how does Robinson envision the logistics industry developing in years to come?

Firstly, and perhaps realistically, he acknowledges that transportation modes as we know them — planes, ships, trains and trucks — and their infrastructures will remain.

“Talk of 3D printing and so on, yes I completely get it, but we are years away from that,” he says.

Secondly, he hopes for the people organising the movement of goods, such as freight forwarders, to have a firmer grasp of the business of their customers.

“That means having the insights into the supply chain itself and understanding which goods have been manufactured and when they’re going to be ready. That means really having a finger on that pulse.”

Communication, therefore, is crucial. Players in the supply chain should strive to prevent a domino effect across the entire network when, for example, communication breaks down.

He warns: “If a freight forwarder hasn’t been able to communicate with a manufacturer, who hasn’t been able to relay the message that the goods aren’t going to be ready for collection for another week, then this in turn means it’s possibly a different aircraft or ship that the goods need to be transported on, or consolidated differently, and so on.”

Ultimately, Robinson wishes for freight forwarders to have end-to-end visibility so that they can “predict customers’ needs before they do and have everything teed up and ready to go, even before they ask”.

One way to achieve this is by pushing questions to customers, rather than waiting for them to approach the forwarder. An example could be: “Will you accept the quote? Are you happy
for us to proceed? Click yes or no.”

This in turn will enable importers and exporters to spend more time focusing on their day jobs, such as ordering furniture, rather than worrying about potential problems in the supply chain.

Cargo payment platform PayCargo has appointed Michael White to its board. White brings 25 years of experience in the airfreight…

Qatar Airways Cargo is continuing its digital expansion by signing up to offer its capacity on booking portal WebCargo. The…