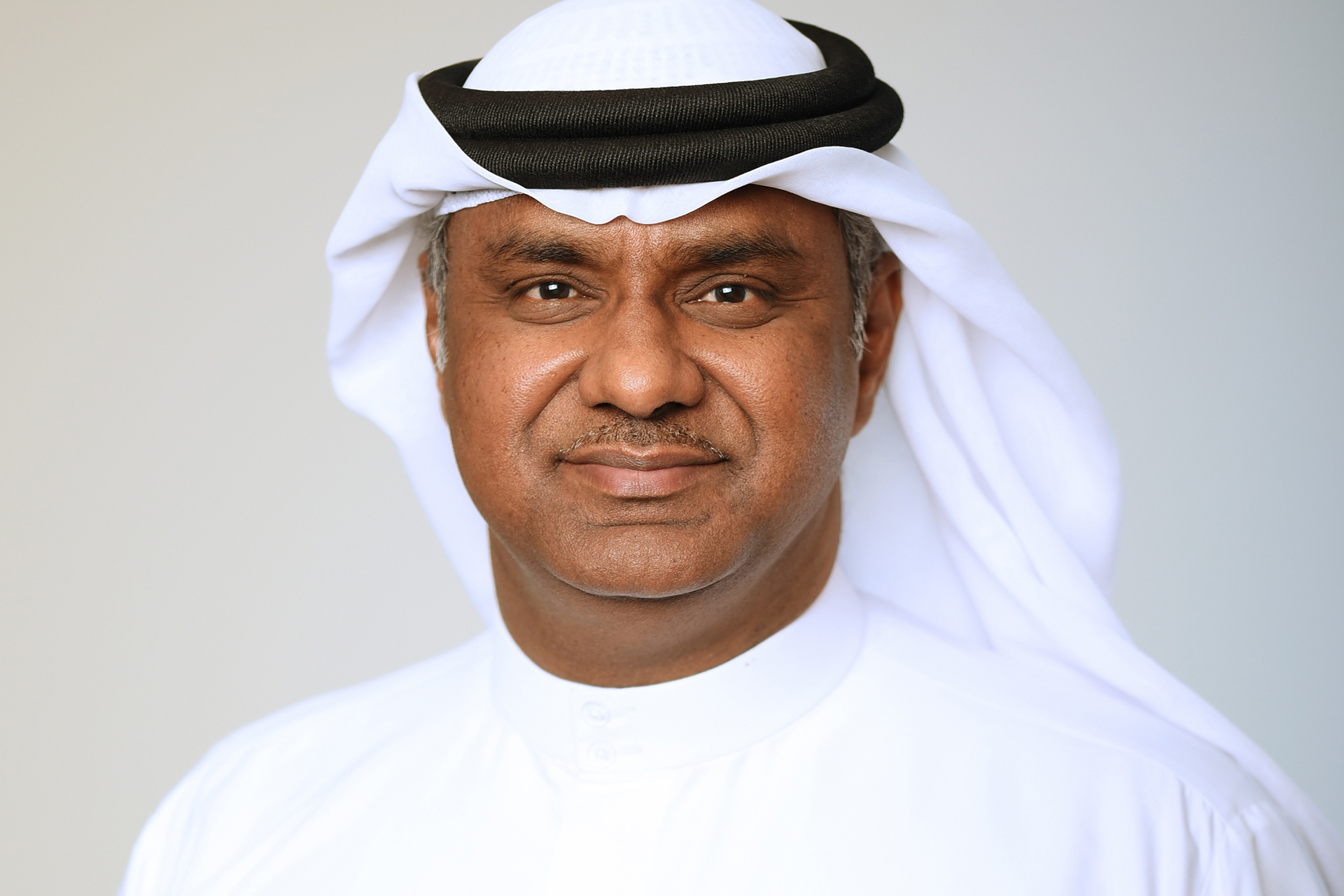 In the latest issue of Air Cargo News, Nabil Sultan, divisional senior vice president of Emirates SkyCargo, tells Damian Brett how his company has reacted to the loss of bellyhold capacity in the wake of the coronavirus crisis.

When the full extent of the impact of the coronavirus outbreak on aviation became clear, the air cargo divisions at many airlines were left with a huge problem: how to make up for the loss of the majority of bellyhold capacity and associated network.

Some of the reduced capacity was, of course, offset by a reduction in demand, but the decline in volumes was not enough to make up for the loss of the bellyhold market that makes up around 45-50% of total air cargo capacity.

For some airlines, their entire cargo network was dismantled almost overnight.

“We had to very quickly put together a plan to be able to at least sustain the logistics and supply chains for food and medicine across the globe,” he says.

“We immediately embarked on a plan and by mid-March — even after just two weeks — we were able to put together a network of destinations that we could start with immediately using some of our [B777-300ER] passenger aircraft [for cargo-only flights].

“That was the beginning and we had to put this whole thing together fairly quickly. As you can imagine, the demand was quite strong and we needed to sustain the whole supply chain.”

Emirates, like many other airlines, began took the decision to use its passenger cabins to carry cargo, as well as in the hold, starting with bulkhead loading and then seat loading, to maximise freight capacity.

In its latest update before Air Cargo News went to press, the airline had expanded its weekly scheduled cargo network to cover 83 destinations across six continents.

“The objective was to ensure that we deploy substantial capacity in the key production markets, whether that be food or medicine,” says Sultan.

“Once that tonnage was in Dubai, we were are able to disseminate and distribute it across the world using our passenger aircraft.

“It has been a very successful operation; we have managed to assure our regular customers that supply chains can be maintained with the same vigour, quality and on-time departures/arrivals, especially in regard to food, perishables and medicine.”

Some of the largest projects that the cargo airline was involved in during the early stages of the outbreak were: carrying nearly 500,000 Covid-19 testing kits to São Paulo; carrying almost 200 tonnes of medical supplies, such as hand sanitisers and protective face masks, from Hong Kong to Sydney; transporting almost 100 tonnes of relief material, including hospital equipment, to Milan; and moving more than 55tonnes of highly temperature-sensitive pharmaceuticals to New York from Mumbai.

However, Sultan says it is not just its network and aircraft where adjustments have been made; its cargo facilities have also had to adapt to new ways of working.

The airline set up thermal body temperature scanners at key locations at its hub in Dubai, as well as four sanitisation tunnels for employees and visitors to go through prior to entering the Emirates SkyCentral cargo terminal at Dubai International Airport.

The tunnels utilise non-toxic sanitisers to neutralise germs and viruses without causing any harm to the person passing through the tunnel. 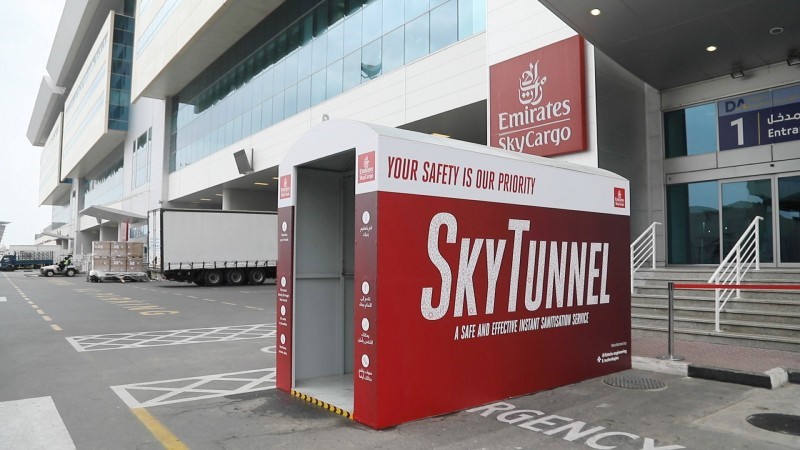 In addition, Emirates SkyCargo is continuously disinfecting its cargo terminals, including the cargo handling and storage areas, customer reception areas and cargo drop-off and pick-up areas.

The carrier also disinfects its aircraft cargo holds and equipment, such as its ULDs, on a regular basis.

“The mix of commodity has changed completely during the Covid-19 period. All the fashion movements and the non-essential commodities have dropped significantly, while food, perishable, medical equipment and personal protective equipment (PPE) have taken centre stage,” he explains.

“What we have also seen is that the production for some of these essential commodities is spreading out from China into other Asian countries like Vietnam, Bangladesh and India.

“We have started to see factories manufacture PPE even though this is not a main streamline for their production. The fact that they have their equipment means they are able to do all of that.”

Looking ahead, Sultan says that how the market progresses is hard to predict, but he adds that the situation won’t go back to normal quickly.

“We are looking into the medium- and long-term plan in terms of how the market will react, but I think looking at everything right now, there will probably be a gradual build-up of production as countries go back to some form of normality.”

However, it is not just the demand side of the market that has been affected; the lack of bellyhold capacity is also having a huge impact on the cargo market and many believe it will continue to do so.

“The biggest factor, of course, is that passenger demand [and therefore bellyhold capacity] will not pick up as fast as one would perhaps think,” says Sultan.

“It isn’t just a question of putting back the entire flight and getting the passengers. You have the psychological impact of whether or not people will want to go on holiday.

“It is something that needs to be well thought out. The passenger demand will grow very slowly over maybe six months to a year and during that period cargo will be at the centre of movement in terms of making sure that supply continues to flow around the world.”

Emirates president Tim Clarke recently told UK-based newspaper Financial Times that he expects it will take two years — until the summer of 2022 — for the carrier to deploy all of its aircraft once again, based on its outlook for a recovery in air travel.

Other airlines are expecting an even longer recovery period for passenger demand, with the IAG group saying it could take three years for demand to return to pre-outbreak levels.

“We also shouldn’t forget that the world economy is probably expected to go south,” adds Sultan.

“For the coming six months, I anticipate that the demand will continue to be fairly strong throughout this whole epidemic.”

He adds that the outbreak may also accelerate the diversification of supply chains.

“I think the trade war was the real trigger for this shift in production, but there is no doubt that the coronavirus is a huge lesson for the world. Do we need to rely on a single source or do we need to diversify?

“The outcome is that you will probably see shift in production, going back even to Europe and America. It is a big wake up call for everyone.

“I think you will start to see some production — especially for essential commodities that has moved away from some of these countries — start to come back again.

“The world will be different post Covid-19. We will see a lot of changes in the landscape of production, commodity and business overall.”

He adds: “It probably took 30 years to concentrate production, to reverse that process will take some time, but it has begun gradually.”

With the overall Emirates business coming under pressure due to the loss of passenger revenues, cost savings have had to be made.

In order to create operational and cost efficiencies, Emirates SkyCargo switched from its dual-hub strategy to using only Dubai International (DXB) — previously freighter aircraft operated out of Dubai World Central and its passenger aircraft from DXB.

Sultan says that this move has the potential to create savings of as much as AED160m ($43m) per year.

“That gives us a huge saving in terms of efficiency, in being able to operate out of a single hub as opposed to a split operation,” he says. 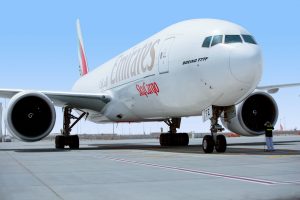 Overall, Sultan says that the coronavirus outbreak is the biggest challenge ever faced by the air cargo industry — more so than all the previous crisis, such as the Icelandic volcano eruption, US container port strikes and global financial crisis, combined. And he expects the ripple effect of the outbreak to be felt for years to come.

“This crisis alone, stands for everything and anything that we have ever faced in the past,” he says.

“The way the economy is going to be impacted post-Covid-19 is of course something that remains to be seen, but it is going to be a difficult and challenging year ahead for a lot of businesses, whether small or large.

“And then you have to wonder what sort of impact it will have on consumer confidence and purchasing power — the ability to go out there and buy and go on holidays and spend money. This will definitely have a much larger impact in the long term.”

He says it may not be until 2023 that growth really begins to once again pick up. The key, for airlines, Sultan says, is remaining agile.

“For us, at Emirates, we have always been quite agile in terms of shifting capacity when the need arises for us to be able to cater for those sort of market demand,” he says. “We did that very successfully during the trade war when we had to shift a lot of capacity to manage the demand.”

He concludes: “Right now it seems like it will be drawn out for everyone. Governments are trying to support industries and that will hopefully shorten the impact, but it looks like it will have a long, drawn-out impact.”