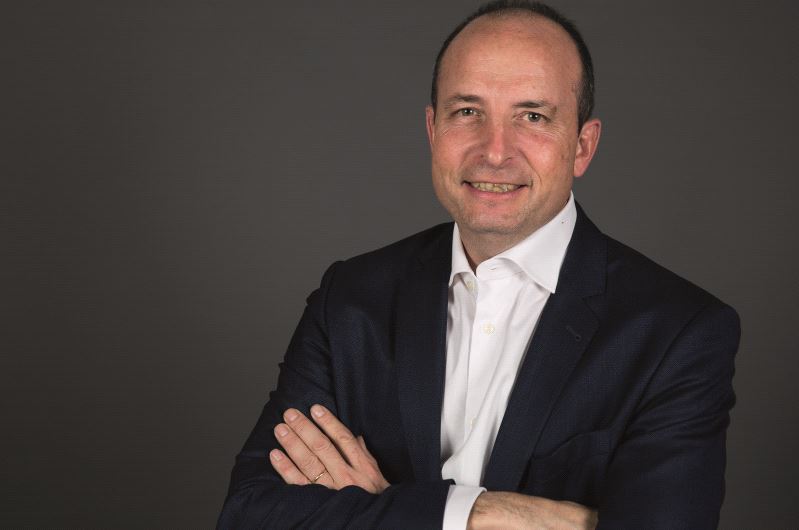 This interview appears in the December 2020 issue of Air Cargo News. Click here to read the full issue.

For one, he has been working for the Paris-headquartered logistics firm for more than a quarter of a century, starting out in France as chief financial officer at a national level, before moving up the ranks to take the top job in Europe in 2015.But secondly, he explains to Air Cargo News during a recent telephone interview, continuity has also become increasingly important to customers — and therefore the Bolloré Logistics team — since the Covid-19 outbreak.It has been a tumultuous year for the logistics industry with capacity shortages due to the grounding of bellyhold operations looming large over air cargo, while seafreight supply chains have also been disrupted by cargo rollovers, equipment shortages and high rates.

Given all the disruption, it is not too surprising that shippers are nervous about their supply chains and want to know from their forwarders whether they have a back-up plan, and even a back-up for the back-up plan.

“The lack of visibility is a major concern for our customers,” Le Gouis explains. “So what we tend to show is that first, we are a ready partner, and that we are also able to find back-up plans and alternatives.

“We definitely see that the customers are eager to look for these back-up plans and to make sure that whatever happens, their supply chains will be up and running for the next months.”

In Europe, it offers capacity on weekly flights between Shanghai and its growing Luxembourg hub, while it has also launched flights between Liege and 10 countries in West Africa in response to capacity shortages on that lane. It has also increased its use of block space agreements and ad hoc charter flights.

Also joining the interview was vice-president of airfreight for Europe, Philippe de Crécy, who identified another trend.

“The main change for this year is something new on the eastbound market,” says de Crécy. “We have more and more hard block [capacity] out of Luxembourg, Paris and Frankfurt. This is very new this year.”

He adds: “The vaccine campaign can start at any moment in the coming months and we want to be ready and to protect our regular customers.”

“Our customers have a good understanding about the situation and this crisis has really changed the communication with customers a lot,” he says.

“I see it as more open and transparent. We need to be very close to our customers and be able to offer rates very straight – valid, not for one year, but revised on a quarterly basis and linked to outlook and capacity.”

Le Gouis says Bolloré Logistics has also noted an increase in the use of rail services from China to Europe as a result of the rising cost of airfreight and disruption to seafreight.

“Of course [rail] cannot fulfil all the requirements of our global customers,” he says. “But if you consider from the perspective of the carbon footprint it is a very interesting solution.”

De Crécy says that the company has also carried out some road freight trials between China and Europe, but he explains that it is unsustainable for large scale operations, while Le Gouis also points out it is not ideal from an environmental perspective.

While freight forwarders have been doing their best to secure capacity for the peak season and beyond, shippers have also been taking steps to ensure supply continuity from their end.

Le Gouis says that companies have been increasingly switching to a dual-sourcing strategy, often from more than two locations, in order to keep supplies moving if there are issues in a certain origin.

Vietnam has been one location that has benefitted from this trend, he says.

“Vietnam has definitely proved, during the second quarter and the strongest peak of the Covid period, that it has the logistics facilities to face a sharp increase in terms of volumes,” explains Le Gouis.

As well as changes to the overall freight forwarding market, the outbreak also resulted in Bolloré Logistics needing to adapt its own business processes. Le Gouis says more decisions on freight management were taken at a corporate and regional level to ensure that customer requirements were met given the tough market conditions.

However, there was also increased responsibility at a local level.

“It was especially important for the local branch managers to make decisions, complying of course to our recommendations, in terms of organisation, in terms of finding solutions for the customers,” he says.

He points out that the local offices would have a much clearer picture of who can work from home and who needs to be in an office or hub.

“On the other side [corporate and regional management] had to take some strong decisions in terms of hub management and in terms of securing some space with some strong partners, airlines, and that could be done only at a corporate level.”

Le Gouis adds that the company was helped by its high level of digitalisation and paperless operations, making it easier for people to switch to home working without services being affected.

Overall, the Covid-19 pandemic had a clear impact on business, with Bolloré Logistics’ results reflecting those of much of the forwarding sector. In the first half, the company saw its overall revenues increase by 4% year on year to €1.8bn despite a decline in volumes.

De Crécy says airfreight demand is down by around 8% compared with a year ago at a global level, but air revenues were up by around 10% as a result of higher yields.

“Our general cargo volumes have been affected by the Covid period for sure,” says Le Gouis. “But being obliged to charter more aircraft resulted in increased yields because we took financial risk to secure space.”

In its half-year financial report, the company noted a strong increase in earnings from Asia, driven by Greater China, Singapore and Vietnam.

In Europe, earnings growth was driven by Germany, Switzerland and Luxembourg, all of which benefitted from the rise in airfreight prices against the backdrop of insufficient capacities and strict cost control.

France managed to perform well despite weak aeronautical activity, which was offset by a drop in its breakeven point.

In the other regions, the slight increase in earnings in the Americas, thanks to Canada and Mexico, offset a slowdown in the Middle East — South Asia (India, Lebanon) region.

Another topic Le Gouis is clearly passionate about is the environmental performance of air cargo.

The topic was high on the agenda before the Covid-19 outbreak and is likely to quickly return to prominence.

“We think we should work more deeply on building environmental standards for the airfreight industry in terms of carbon footprint because as per today, it is extremely negative,” he says. “We have to improve and find standards that give a much fairer view of the footprint of the air cargo industry than it is today.

“But then we have to explore all alternatives with our customers to minimise the carbon footprint. It was already a must, but this requirement will become even stronger after the Covid period.”

In terms of investments, Le Gouis says the company will continue to expand and invest in its systems and people.

“We keep on investing and we keep on recruiting qualified people because we believe there is a future in the forwarding industry,” he says. “We feel it has never been more difficult to move goods worldwide.

“We want to invest: firstly in people who make the real difference in the industry; secondly in the systems and in the hubs; and lastly in acquisitions if we have a solid opportunity.”

On the acquisition front, Bolloré Logistics earlier this year expanded its presence in the Nordics with the acquisition of a majority stake in the Swedish company Global Freight Solutions and its Finnish affiliate.

The acquisition was a strategic move to complement the Nordic regional network having previously established a structure in Norway, which was subsequently joined by a similar investment in Denmark.

Le Gouis says the industry is in a consolidation phase and Bolloré Logistics has the resources to invest if the right opportunity presents itself. He names Ireland as one country in his region where the company would like to open an office.

In terms of hubs, the forwarder is looking to expand its pharma capabilities following recent investments at Paris CDG, Luxembourg and London Heathrow.

The investments in Luxembourg are particularly important for its airfreight business as it has become the forwarder’s largest import hub, while Paris leads the way in terms of exports.

The forwarder has tripled the size of its facility in Luxembourg and the number of people.

With 2020 drawing to a close, it was inevitable the conversation would turn to 2021 and how the industry will progress over the coming 12 months.

“We hope that the growth will come back,” says Le Gouis. “How long it will take is another question. We could expect that it could be quiet until the vaccine comes on the market.

“I think when the vaccine comes on the market, it will be a different story for airfreight, but exactly when this will come is still an open question in our opinion.

“The second special point for me next year is when the passenger airlines will be able to come back to normal activity levels. We think it might not be before the end of 2021, but when they are able to resume their operations it will of course again change the market.”

He concludes: “It will be a challenging and exciting year for airfreight. This year has proved the agility of airfreight, but that is why it is important to build some proper standards in terms of environmental performance — because more than ever, when such crises happen, airfreight remains the number one solution.”