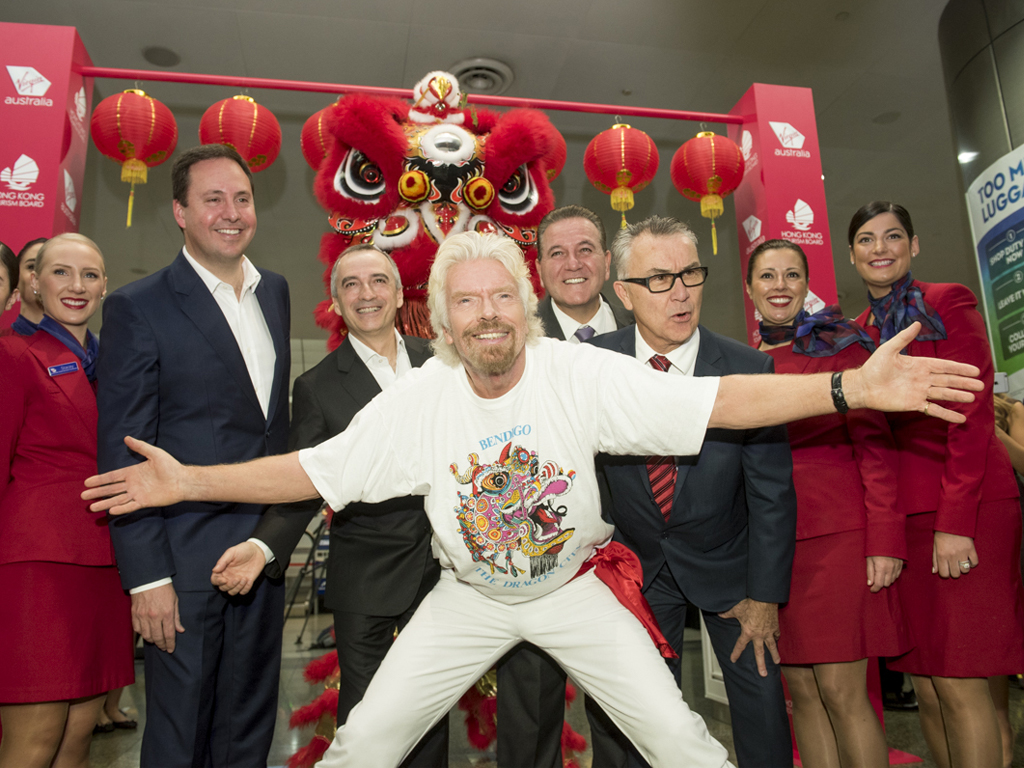 Virgin Australia has kicked off its new five-times a week, Airbus A330-200 passenger service between Melbourne and Hong Kong with the route proving popular with air cargo customers.
The 15 tonne belly offering is already looking extremely promising in both directions and may even spill over to Virgin Australia’s Melbourne-Los Angeles service.
While the inaugural flight went purposely light on cargo for operational reasons – four tonnes of mostly perishables including health supplements, wine, fresh fish, meat and cheese, heading northbound – the subsequent return flights in the immediate days following were nearly fully booked, hitting an average of 12 tonnes with a 97% load factor.
Cargo sales on these Virgin Australia flights are marketed by Virgin Atlantic Cargo, which also sells space on Virgin Australia’s existing long-haul services from Sydney, Brisbane and Melbourne to Los Angeles.
The new route marks 12 months of preparation, with Virgin Atlantic Cargo gleaning insights from its former Sydney-Hong Kong route. As a cargo route, that one proved not particularly stellar, partly because of substantial capacity in that market from both Qantas and Cathay, but also due to the nature of Sydney’s economic base which is more service-related.
“The new route is extremely significant because we are now able to give our customers in both points of sale more choice with regular frequencies to and from Hong Kong, which is one of the world’s premier air cargo markets and gateways,” says John Lloyd, managing director of Virgin Atlantic Cargo, adding “our expectations for the route are high”.
The southbound portion is perhaps a no-brainer – the strong production economies of Hong Kong and China generate substantial e-commerce shipments for Australian consumers, along with some degree of more traditional electronics and general cargo.
But it is the northbound leg that has exceeded expectations. “We were also pleasantly surprised about the potential of the northbound market and the level of demand we identified,” says Lloyd.
He highlights the State of Victoria’s pre-eminence as a high-quality agricultural producer which is generating a good level of demand from customers for Australian produce across a wide-range of fish, meat and packaged food goods, as well as for milk powder.
From a revenue perspective, the composition of this northbound produce is a healthy situation – dense cargo which makes for very good positional revenue.
“We expect both the southbound and northbound sectors to make an important contribution to the overall route profitability,” Lloyd adds.
In terms of the cargo component, this Australian connection is a bit like the missing piece of the puzzle.
Currently, Virgin Atlantic’s China/Hong Kong proposition consists of daily flights, Hong Kong-London and Shanghai-London, operated with Boeing 787-9 aircraft.
Air Cargo News understands these are typically operating to their limit in terms of the residual cargo capacity, which means more than 15 tonnes of payload on every single departure.
With the addition of Melbourne, this obviously gives the additional southbound opportunity. “We’ve had a lot of interest on the new route and already customers have permanent bookings with us,” Lloyd says.
“We’ve identified there are good point-to-point cargo volumes, but we will certainly be looking for opportunities that enable us to maximise the revenue potential of the route.
“We’ve also received enquiries for shipments destined for Los Angeles via Melbourne utilising our B777 Virgin Australia service,” adds Lloyd, whose division is already selling Virgin Australia’s cargo capacity from Sydney, Melbourne and Brisbane to Los Angeles.
With such strong demand from the get-go, it begs the question as to whether more capacity would be in order.
Clearly one source of improvement in this regard would be to upscale from its current five-days a week frequency to a daily flight – something that will surely prove challenging given ever-worsening capacity rest-raints at Hong Kong International Airport.
Will the Australian carrier look at expanding its cargo offering into Hong Kong and/or mainland China – either directly or through some form of cargo alliance or partnership?
Virgin Australia chief executive John Borghetti says that the carrier has only just established its cargo division and was making its first steps.
“We only started a cargo division about four months ago, so it’s a relatively new business and obviously a lot of our focus has been on the domestic scene. Whilst we’ve had an arrangement with Virgin Atlantic on international cargo, we needed to build up the business at home first,” Borghetti adds.
“What the Melbourne-Hong Kong flight does is start opening up opportunities for us on the cargo side as well.
“As I look at the cargo bookings I’m already seeing some pretty significant flows, but you have to walk before you can run and this is our first step.
“As we go forward, once we establish ourselves, firstly with more services, we can then go into the second phase of seeing how we expand this with freighters etc.”
But Borghetti wouldn’t be drawn on the question as to whether Virgin Australia would potentially tie-up with Air Hong Kong − the two inked a codeshare on the passenger side in June − on the cargo side given that the Hong Kong carrier has significant maindeck capacity.
“This is our first step,” Borghetti reiterates, before adding that the airline’s first priority is getting more slots in Hong Kong. He adds: “The very first thing is we have to arrange for Melbourne to go daily.”