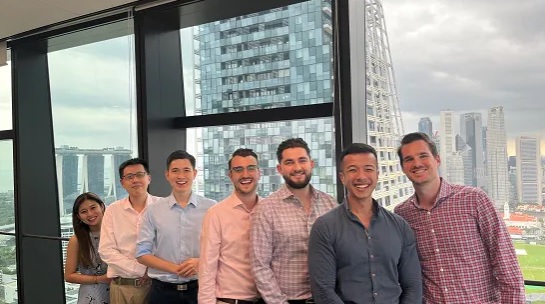 The appointed is part of ACS’ plans to strategically invest further in Singapore and the Asia-Pacific region.

Davis joined ACS’ London headquarters a number of years ago and with his move to Singapore he is looking to capitalise on his experience to bring further growth to ACS Singapore’s group charter department and contribute to its ongoing success.

“I am delighted to be joining Air Charter Service Singapore’s Group Charter department,” said Davis. “Having worked with ACS London, this is the next exciting step in my career with the company. With the disruption in scheduled service routes caused by Covid over the past two years, we feel that now is the best time for growth in the larger aircraft market, which is why we’re investing more into the group charter division in this region.”

He added: “Asia Pacific is a rapidly growing market for the charter aviation industry and the expansion of Air Charter Service in Singapore is reflective of this. Singapore Changi Airport is currently the sixth busiest airport in Asia, as well as the fourth busiest air cargo hub in the region. The Singaporean aviation industry is also a major force in aerospace maintenance, repair and aircraft overhaul centre. So we are confident we will be able to significantly grow our presence with this new investment.”

Brendan Toomey, Air Charter Service Singapore’s chief executive officer, commented: “We are delighted to have the experienced Nick joining ACS Singapore. His expertise in the group charter market will be invaluable to our team. His connections with airlines will also benefit other departments such as our successful cargo team during a period of reduced cargo capacity, and the emergence of passenger aircraft being used to transport cargo. We are looking forward to continued expansion in the region, in a fast growing and rapidly developing market.”