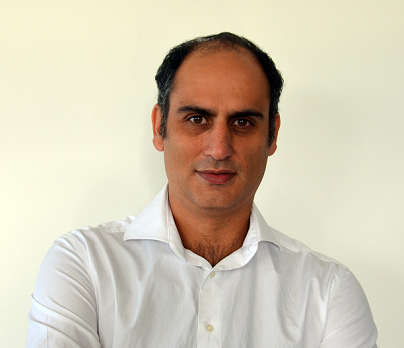 Cristián Ureta, the current chief executive of LATAM Cargo, is leaving the company and his role will be assumed by Andrés Bianchi, currently senior VP of sales for North America, Europe and Asia.
South America’s biggest carrier said in a statement: "This change is part of the restricting process that LATAM Airlines Group and its affiliates are undergoing. It is aimed at building a simpler and more efficient organization that can face complex macroeconomic scenarios and a more competitive environment."
Bianchi has been part of the group since 2001 when he joined the finance department. After getting a masters in business administration from the Wharton School of Business and working at McKinsey & Co, Bianchi returned in 2010 to the group joining LATAM Cargo in Miami.
In addition to his current role, he served as VP finance and senior VP network. During his 12 years at LATAM Airlines Group, Bianchi gained experience in both the passenger and cargo side of the business, which now gives him a "comprehensive view of the company and the tools necessary to successfully lead LATAM Cargo", added the company statement.
Stated Bianchi: “We will focus on reinforcing LATAM Cargo’s competitiveness in order to maintain our leadership in Latin America. We plan to achieve this by continuing to support our customers closely, improving our product portfolio, and enhancing our productivity.”
LATAM’s cargo revenues fell by 7.7% in the fourth quarter of 2016 compared to the same period of 2015. The carrier attributed the decline to a 3.1% decline in cargo traffic and a 4.8% decline in cargo yields in comparison to the fourth quarter of 2015.
Total group passenger and freight revenues for the full year 2016 reached $9.5bn, compared to $10.1bn in the prior year. The decrease saw a 16.5% slide in cargo revenues.