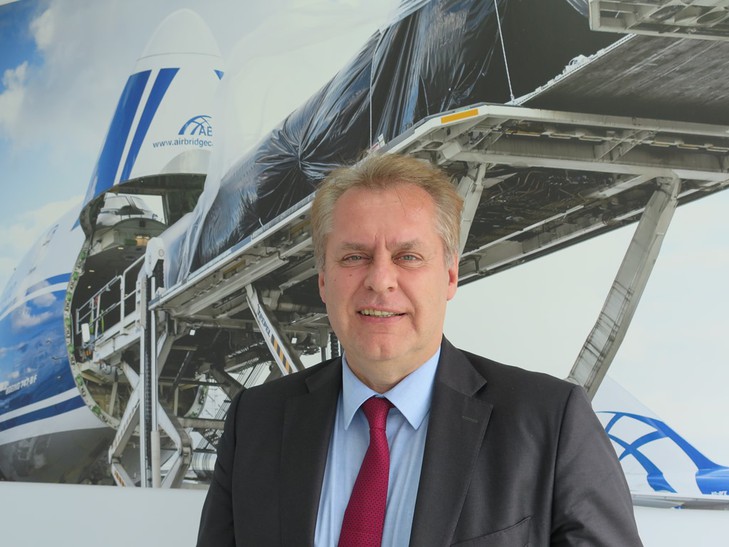 Leipzig/Halle Airport-based CargoLogicGermany (CLG) has appointed Ulrich Ogiermann as its managing director and Dierk Näther as the airline’s number two.
Until recently, 59-year-old Ogiermann worked in a dual role in London as senior vice president for operations at the Volga-Dnepr Group (VDG) and deputy general director of its consulting affiliate CargoLogicManagement (CLM).
However, he has now left these positions to concentrate on developing CLG.
Ogiermann said: “The chance to build something completely new is great. So far, I have always worked in long established structures, now I can create these structures myself.”
Näther has held various positions at Leipzig Airport, starting in the mid-nineties, and served as airport managing director between 2008 and 2015.
Since then he has served as vice president of Ruslan Salis, the Volga-Dnepr business that provides air transport services for NATO until the end of 2018.
In his new role Näther is responsible for ensuring the safe operation of the airline and adherence to laws and regulations. Ogiermann carries both the commercial and legal responsibility for the airline.
The two appointments come after CLG applied to the Germany Federal Aviation Authority (LBA) for an operating license (AOC) in November 2017.
One of the prerequisites for the issue of the AOC is, according to LBA guidelines, that the applicant company demonstrates "the establishment of a suitable corporate structure and management, including employment and appointment of a responsible plant manager and the head of department".
Ogiermann is confident that the AOC will be granted: “We are in constant contact with the LBA and are in the process of providing the required evidence.”
According to LBA spokeswoman Cornelia Cramer the application will be decided no later than three months after receipt of all necessary information.
As part of the granting of the AOC, aircraft will need to be inspected on-site.
CLG plans to launch operations with three Boeing 737 freighters.
Ogiermann said: “The first aircraft was delivered at the beginning of November. We have temporarily re-leased it to the Russian cargo airline Atran [owned by VDG].”
Näther added that the second aircraft will be delivered at the beginning of January and will be the first to be painted in company colours. The third freighter will be delivered in early February.
Ogiermann said that CLG is in the process of hiring its first crews.
"As soon as we have the AOC, we will concentrate exclusively on express freight in Europe," added Ogiermann, "making us the only German airline to exclusively serve this niche. We will not get in the way of Lufthansa Cargo, or [sister airline] CargoLogicAir (CLA). They fly Boeing 747s and have a different portfolio.”
This article first appeared in Air Cargo News sister publication DVZ