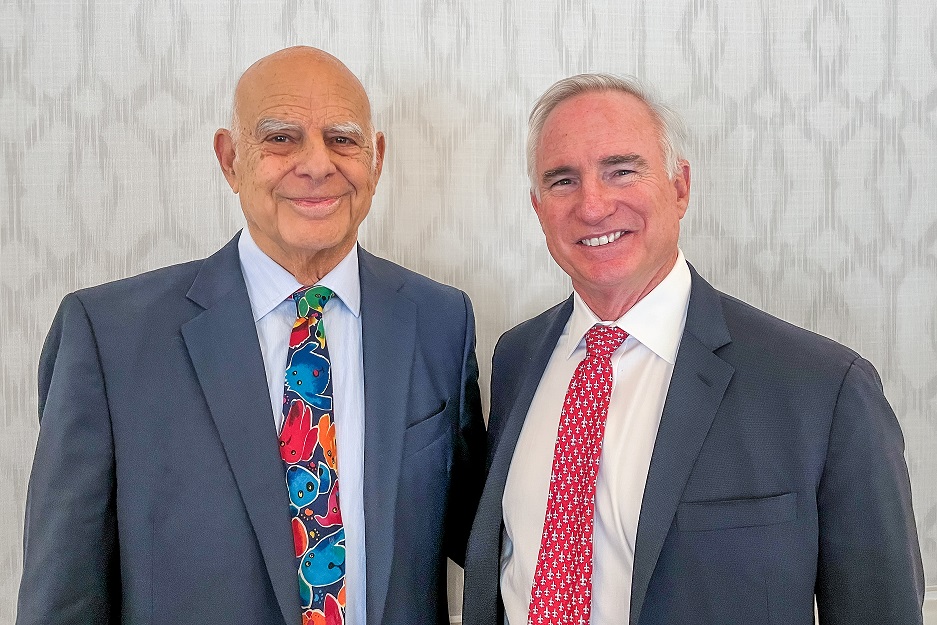 Steve Alterman and Captain Lee Moak are the newest members of the advisory board at Reliable Robotics. Photo: Business Wire

Moak and Alterman have a combined 90-plus years of aviation industry experience, and both have served on the FAA’s Management Advisory Council (MAC), including a period of overlap working together from 2014 to 2017, overseeing management, policy, spending and regulatory affairs for the agency.

Most recently Moak was reappointed for another term on the Department of Transportation’s (DOT) Advanced Aviation Advisory Committee to support the safe and efficient integration of Advanced Air Mobility (AAM) operations into the National Airspace System.

He also serves on the United States Postal Service Board of Governors, a presidential appointment.

Moak has spent his career primarily in public service as well as policy roles and has held numerous government committee appointments.

After his tours of duty as a pilot, holding the ranks of captain in the US Marine Corps and commander in the Navy, Moak began flying the Boeing 767 for Delta Air Lines in 1988.

Moak also became a member of ALPA in 1988, and began a four-year term as president in 2011 where he successfully championed critical aviation safety measures.

He served on the FAA’s MAC for five years, and on the agency’s NextGen Advisory Committee where he advised the administration on US aviation infrastructure.

In 2019, he co-chaired the DOT’s Special Committee to Review the Aircraft Certification Process.

Today, Moak is involved in public affairs, advocacy and business consulting as founder and chief executive of consulting firm Intrepid.

Alterman’s long-standing cargo industry career began in 1975 when he joined the Cargo Airline Association as executive director, and later became president in 1982.

Alterman has led the association for the last 40 years, promoting the all-cargo air carrier industry, and successfully advocating for safe and secure access to airspace and airports.

He has held positions on high-level committees, commissions and advisory boards including the FAA’s MAC and the Transportation Security Administration (TSA) Aviation Security Advisory Committee.

Alterman is also dedicated to promoting diversity in the workforce, supporting programmes that educate and recruit youth with limited economic resources for skilled jobs in aviation.

“We are excited to have Lee Moak and Steve Alterman as active members of our Advisory Board,” said Robert Rose, co-founder and chief executive of Reliable Robotics.

“Lee is a strong proponent of aviation safety, and his leadership has influenced change in air transportation and policy worldwide.

“Steve has dedicated his career to advocating for the cargo industry, and his tireless efforts have led to a safer and more secure aviation system.”

Reliable Robotics and Astral team up on autonomous flying