Schiphol opts for a dedicated head of cargo 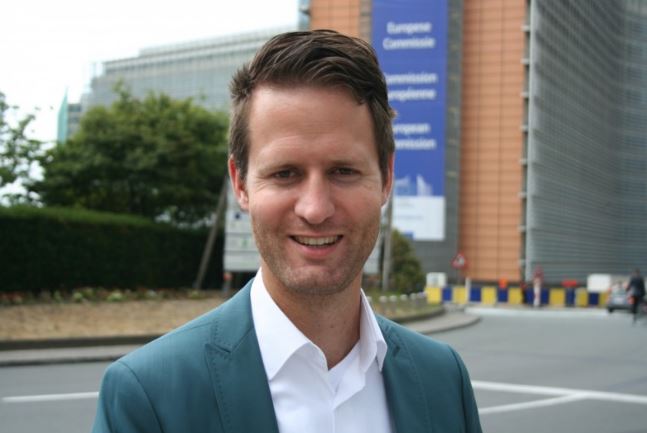 Royal Schiphol Group has appointed Joost van Doesburg as head of cargo after years of the role being shared with other responsibilities.

Van Doesburg will start in the role in March and will replace Anne Marie van Hemert who headed cargo as one part of her role as head of aviation business development.

The airport operator said that the appointment of a dedicated head of cargo was in line with the wishes of the Air Cargo Netherlands Group.

“Van Doesburg will focus entirely on cargo, has extensive experience in the air cargo sector and is very well informed about everything going on at and around Schiphol,” the Royal Schiphol Group said.

“Van Doesburg will focus on ensuring that cargo retains an important position at Schiphol.”

The cargo team will also focus on key long-term developments for the air cargo chain such as the development of Schiphol Southeast into Cargo City, the construction of a future-oriented Port Community System and the Smart Cargo Mainport Programme.

“Cargo is hugely important for Schiphol and the Netherlands,” said Patricia Vitalis, director of airport operations and aviation partnerships. “We are convinced that Joost will successfully represent the interests of the air cargo sector.

“We have had many discussions over the years, but the common denominator was always that we want to make Schiphol a better place for employees and for the Netherlands.”

Van Doesburg is well-known in the air cargo industry. In the past, he worked for shippers’ organisation evofenedex, the Association of Dutch Airline Pilots (VNV) and most recently as campaign manager Schiphol for the trade union FNV.

Commenting on the appointment, Maarten van As, managing director of Air Cargo Netherland, said: “In his role at evofenedex, he strongly defended the interests of shippers, regularly expressing constructive criticism about the Dutch airfreight chain.

“In his time at VNV, we were on the same side of the table in the process of drafting the Ministry of Infrastructure and Water Management’s Air Freight Memorandum.

“As Schiphol campaign manager at FNV, he vigorously defended the interests of employees at Schiphol. His transfer from the FNV to the Schiphol Group was therefore quite a surprise for us.”

The group said that Van Doesburg had in the past stated that a number of developments in airfreight were taking too long, such as discussions over takeoff and landing slots for freighters.

“The Port Community System, which was taken over by Schiphol two years ago, is due for renewal in the very short term. In addition, there are major infrastructural challenges at Schiphol South-East.

“Now that Van Doesburg will be in charge of the Schiphol side in his new role, expectations towards him and Schiphol are therefore very high. He will have to take on a connecting role.”

Van Doesburg said: “Together with the air cargo community at Schiphol, I want to start working on accelerating innovation, sustainability and customer experience to strengthen Schiphol’s position as Europe’s preferred airport.

“Over the past four years, as a trade union leader at the airport, I have critically monitored Schiphol Group on numerous issues. With the conclusion of the social agreement in June 2022, a big step was taken towards an airport with more consideration for the well-being, terms and conditions of employment and working conditions of its thousands of indispensable employees.

“This change has made my transition possible.”