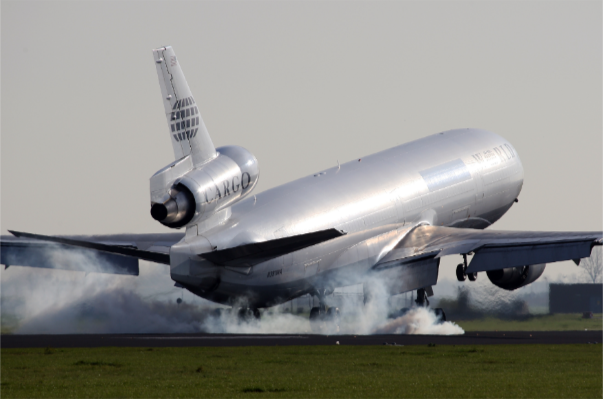 The companies have set out 11 recommendations on how the UK government should restore its competitiveness in the wake of the Covid and Brexit crises.

Nick Smith, fund manager at AIPUT and Elizabeth de Jong, director of policy at Logistics UK called for a renewed commitment by the government to work with the industry to realise the full potential of the UK airfreight sector.

They said that aviation will play a vital role in securing new opportunities, pointing out that pre-pandemic, 49% of the total value of UK exports outside of the EU travelled on freighter flights or in the bellyhold of passenger services.

Throughout the pandemic and since the end of the Brexit transition period, the airfreight industry provided invaluable support to the economy and people of the UK, through the rapid expansion of e-commerce and the movement of vital pharmaceuticals and medical equipment.

According to the UK Department for Transport’s annual report, in 2018, airfreight services contributed £7.2bn to the UK economy, supporting 150,000 jobs.

Among the priorities identified are for the government to give a clear signal of its support, valuing it as a crucial component of Global Britain

The companies added that following the UK’s exit from the EU, the government must speed up negotiations on traffic rights to open up key markets and routes, in addition to a long-term sustainable plan for freedom rights so that cargo can continue to move efficiently.

They also called for the recently announced plan to create several freeports around the country to be structured, so that they become a catalyst for investment, jobs and skills growth, rather than diverting activity from elsewhere.

The plan’s authors also wanted a commitment from government to support research and development in aviation to help the industry decarbonise as quickly as possible through sustainable aviation fuel and new technologies for electric and hydrogen aircraft.

Nick Smith commented: “Now is an opportune time for the government to evidence its commitment to the industry and support its long-term sustainable growth. Airfreight services contribute £7.2bn to the UK economy and support 151,000 jobs. There is a clear and pressing need for further recognition of the strategic importance of this sector, which plays such a pivotal role in facilitating trade, investment and job creation.”

Elizabeth de Jong added: “Support for UK air freight, as it enters a new era outside the European Union and recovers from the global pandemic, is crucial; we must prioritise the steps needed to enhance the role of air freight in a post-Brexit world. Air freight is vital to our economy and we call on the government to work with the industry to realise its full potential as a cornerstone of global Britain.”