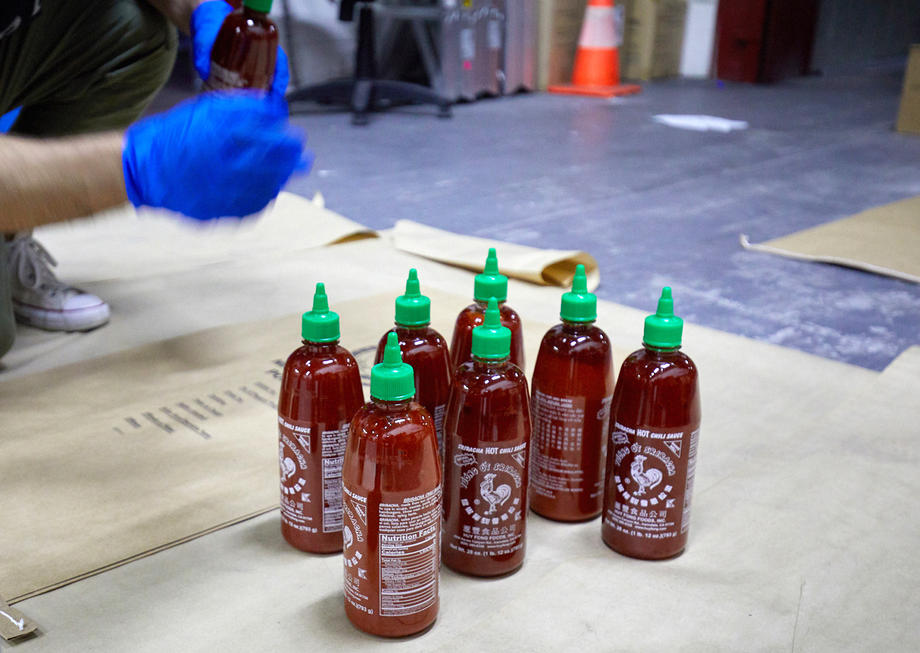 A handout photo made available by New South Wales Police on 31 October 2019 shows bottles of sriracha chilli sauce containing methylamphetamine that were seized in Sydney, Australia. A joint investigation led to the arrest of four men over the importation of 400kg of methylamphetamine concealed in the bottles.

The Australian Border Force (ABF) recently found 400kg of methylamphetamine (commonly known as ‘ice’) hidden in 768 bottles of chilli sauce imported from the US.

ABF officers intercepted the air cargo consignment at an airfreight depot in Sydney on October 15, 2019; on examination, they found “inconsistencies” that prompted them to deconstruct the consignment and carry out tests.

The ‘ice’ thus discovered had an estimated potential street value of more than A$300 million.

Police also searched a vehicle and a hotel suite, where they found additional items relating to the consignment. It is thought that the bottles were bound for a clandestine lab in the Sydney Metropolitan area where the methylamphetamine would have been extracted.

The New South Wales (NSW) State Crime Command’s Organised Crime Squad and the NSW Crime Commission established Strike Force Diffey in September 2018 in order to investigate coordinated money laundering across Sydney and the importation and supply of illicit drugs into the state.

Strike Force Diffey’s investigations into the ‘hot ice’ consignment continue, in conjunction with US authorities.