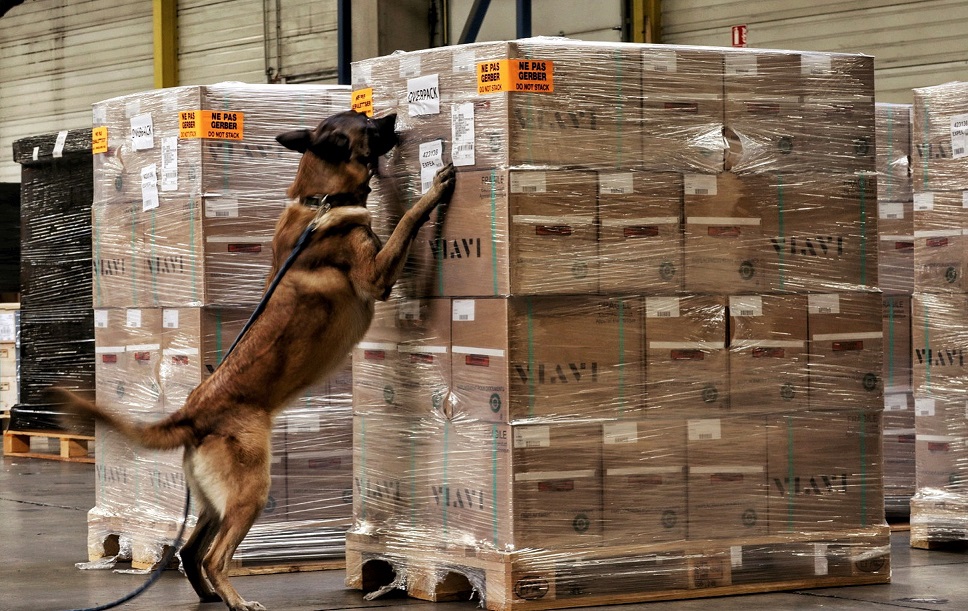 The two firms carried out a six-month feasibility study using dogs to detect the presence of lithium batteries in cargo shipments, mail and baggage involving thousands of cargo consignments.

David Clark, global head of health, safety, security and environment (HSSE) at WFS, said: “Over the six months, the two dogs involved in the trial were very precise in their detection of lithium batteries, with 100% accuracy.

“More specifically, they were able to detect a single button battery (ion metal battery) within a one cu m shipment.

“In response to one of the biggest aviation safety challenges, WFS and Diagnose believe this can help to significantly strengthen safety measures.”

The test phase was conducted at the WFS cargo terminal in Lyon and involved two dog detection teams.

The trial enabled the dogs to check large volumes of different types of cargoes and produced “remarkable results”.

The two companies said that in future phases, dogs could be deployed across European Union airports or in response to customer requirements within five to six months as more dog detection teams are trained.

“Goods that are properly declared, correctly packed and, above all, in good condition present little risk, but it is clear that batteries, or devices containing batteries, are transported every day in passenger luggage and in airfreight shipments without being declared.

“By working in partnership with WFS, we believe the results of our dog detection trial can be a very important breakthrough in ensuring the highest standards of aviation safety, which are our shared priority.

“We will be presenting the results of our trials in France to IATA and the regulatory authorities in the next stage of this initiative.”

Air cargo and the wider aviation industry have been grappling with the challenge of detecting undeclared lithium batteries on aircraft for years.

There have been a number of incidents over the years where the batteries have caused fires on aircraft.

At the IATA AGM in June, the airline association called on governments to further support the safe carriage of lithium batteries by developing and implementing global standards for screening, fire-testing, and incident information sharing.

IATA said the challenge is the rapid increase in global demand of lithium batteries. The trade association explained the market is growing 30% annually, bringing many new shippers into air cargo supply chains.