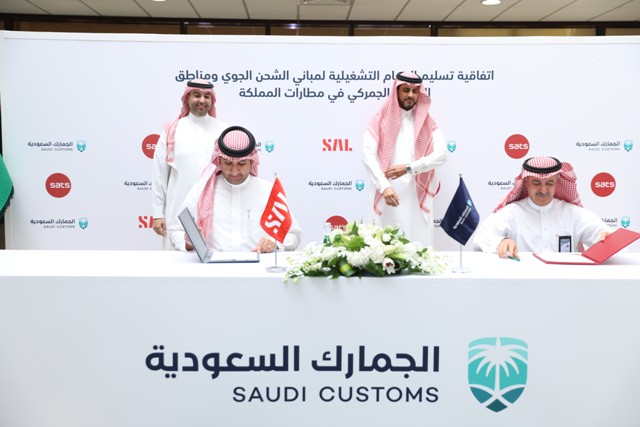 It is hoped the new setup will reduce the time of import operations, improve the efficiency of cargo clearance and security process, increase the storage capacity, facilitate cargo acceptance and delivery procedures.

The change is part of the Memorandum of Understanding (MoU) signed previously by the Saudi Customs and the National Industrial Development and Logistics Program (NDLP), under the patronage of Crown Prince Muhammad bin Salman and is part of the Kingdom’s Vision 2030, which aims to turn the country into an international leading logistic hub.

It follows SAL taking over the operation of the customs security areas at King Khalid International Airport, Riyadh, last December.

Dogs capable of detecting minute traces of explosives concealed in airfreight will be deployed at Belfast International Airport from tomorrow….