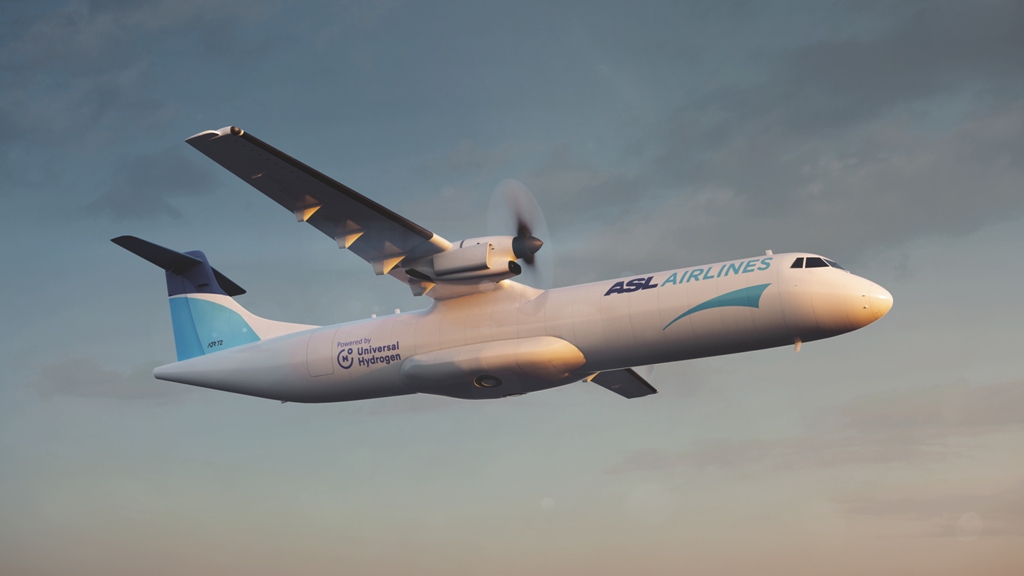 Universal is developing the conversion kits as part of a broader effort to kick-start hydrogen propulsion for aviation.

The companies said that ASL “will be a global launch customer for the turboprop cargo market and plans to purchase up to ten of Universal Hydrogen’s ATR 72 conversion kits for installation into its existing or future turboprop aircraft fleet”.

ASL also agreed to provide an ATR 72 to Universal for use as a test and certification aircraft, and entered into a “long-term fuel services contract” with Universal.

The deal with Universal will allow ASL “to lead the aviation industry as it moves to meet ambitious carbon-emissions targets”, it says.