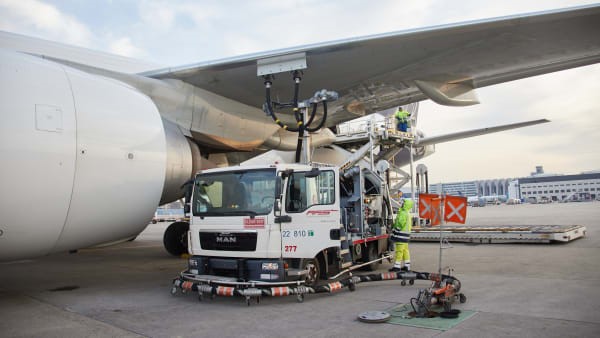 DB Schenker and Lufthansa Cargo have teamed up again to launch a regular CO2-neutral freighter route, operating between Frankfurt and Shanghai.

Fuel requirements on the flights are covered by sustainable aviation fuel (SAF), which the companies said will save around 174 tonnes of conventional kerosene each week.

A Boeing 777F aircraft was used for the first flight on the regular route, which took off on today from Frankfurt.

Jochen Thewes, chief executive of DB Schenker: “As of now, carbon neutral supply chains are also feasible with airfreight. Our weekly flights between Frankfurt and Shanghai are the kick-off of a new era. We are proud to have already convinced so many customers of this future-orientated product. Next, business and politics have to take charge to create more capacity for regenerative fuels and clean aviation.”

Dorothea von Boxberg, chief executive of Lufthansa Cargo, added: “With the world’s first sustainable cargo flight with DB Schenker at the end of 2020, we demonstrated that flying without fossil emissions is already possible. Today, we jointly launched the world’s first regular sustainable cargo flight connection. This paves the way for many more connections of this kind. We are counting on the determination of our industry and the dedication of consumers to get this off the ground together.”

In November last year, Lufthansa Cargo and DB Schenker partnered for the first time to carry out the first ever CO2-neutral freighter flights powered by SAF.

The flights took place on November 29 and operated from Frankfurt to Shanghai utilising a Boeing 777 freighter aircraft.

Goods from Siemens Healthineers and other companies were transported on the flight.

A maximum mix of 50% SAF is allowed to be used on a flight, but airlines get around this problem by covering the flights from a centralised pool of SAF from their overall jet fuel procurement.

In recent months, other companies have been highlighting their sustainability efforts, as the airfreight sector works towards operating in a more environmentally-friendly way.

Atlas Air also carried out a flight with a SAF mix.

SAF refers to sustainable, synthetic kerosene. It is currently produced mainly from biomass, for example from sustainable or recyclable vegetable and cooking oils. In the future, non-plant-based renewable fuels will also be available.

By using SAF, the fossil CO2 emissions of a flight with conventional kerosene are avoided. During combustion in the engine, only CO2 is released that was previously removed from the atmosphere, for example during plant growth.