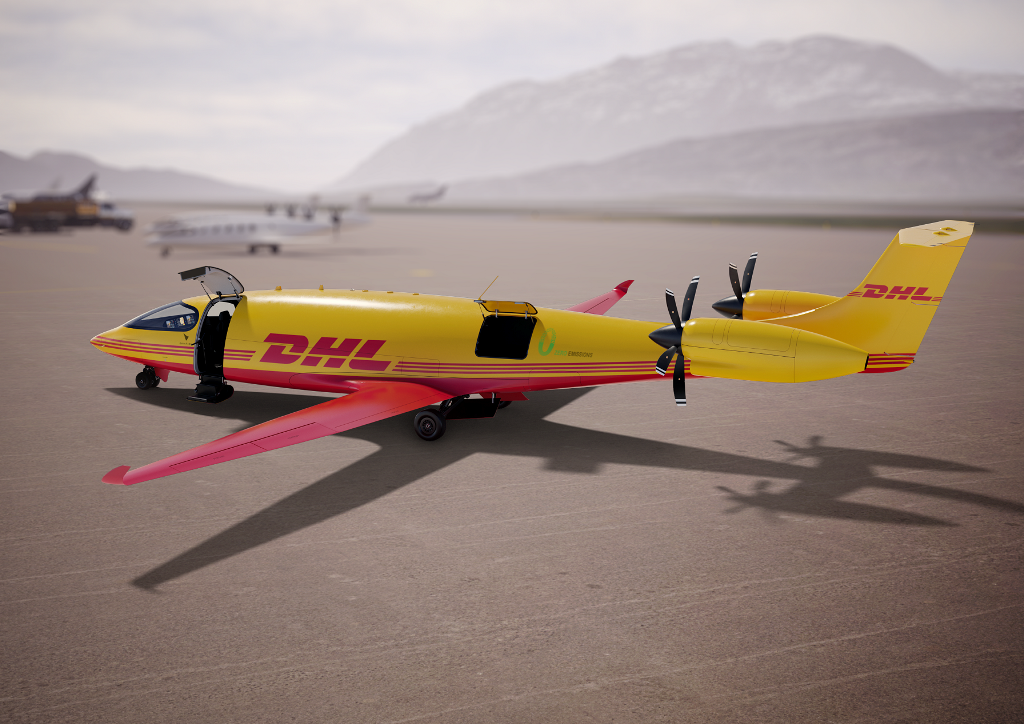 DHL Express has ordered 12 fully electric freighter aircraft as it looks to create an electric express network and make a “pioneering step into a sustainable aviation future”.

The aircraft are Alice eCargo aircraft from Seattle-based manufacturer Eviation and will have a capacity of 1.2 tonnes and a range of 815 km (440 nautical miles).

They are due to enter the DHL Express fleet in 2024 and can be flown by a single pilot.

“We firmly believe in a future with zero-emission logistics,” said John Pearson, chief executive of DHL Express. “Therefore, our investments always follow the objective of improving our carbon footprint.

“On our way to clean logistics operations, the electrification of every transport mode plays a crucial role and will significantly contribute to our overall sustainability goal of zero emissions.”

Eviation chief executive Omer Bar-Yohay added: “Partnering with companies like DHL who are the leaders in sustainable e-cargo transportation is a testament that the electric era is upon us. This announcement is a significant milestone on our quest to transform the future of flight across the globe.”

The aircraft require 30 minutes or less to charge per flight hour and will operate in all environments currently serviced by piston and turbine aircraft.

“The next time you order an on-demand package, check if it was delivered with a zero-emission aircraft like DHL will be doing,” said Eviation executive chairman Roei Ganzarski.

“With on-demand shopping and deliveries on a constant rise, Alice is enabling DHL to establish a clean, quiet and low-cost operation that will open up greater opportunities for more communities.”

As part of its new sustainability roadmap, Deutsche Post (DP) DHL Group is investing €7bn in green technologies, such as sustainable aviation fuel, to help it further reduce its Co2 emissions over the next ten years.

DP DHL has also set the target of achieving net zero emissions by 2050.

DHL is not the first of the express giants to announce an order of electric aircraft.

In April, UPS announced that it would purchase up to 150 electric Vertical Takeoff and Landing (eVTOL) from Beta Technologies to augment its air service for select small and mid-size markets.

The first ten aircraft are scheduled to begin arriving in 2024.

UPS said the 635kg capacity aircraft is suited for time-sensitive deliveries that would otherwise fly on small fixed-wing aircraft.