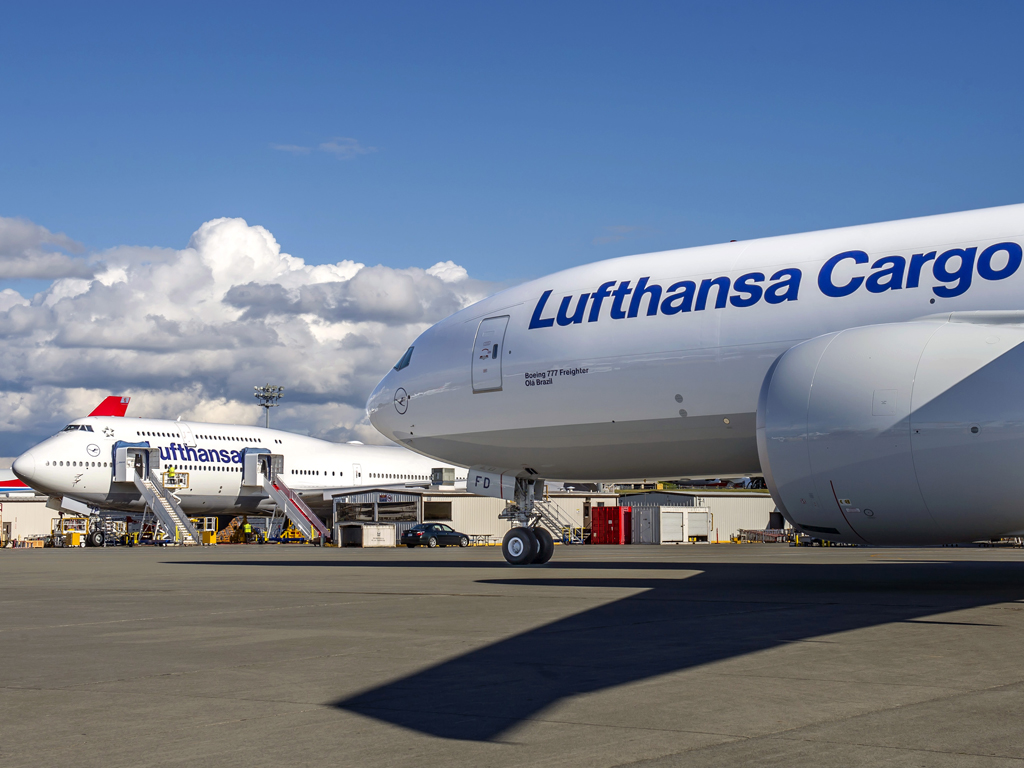 Lufthansa Cargo has been named as one of two runners-up in the ‘CO2 avoidance as a contribution to climate protection’ category of the German CSR Forum awards for the freight carrier’s ‘OMEGA – using big data to reduce CO2’ project.
OMEGA (short for Ops Monitor and Efficiency Gap Analyzer) is a tool that uses data collected during flights to make future flights more efficient.
By comparing projected, actual and optimal values, it provides information for reducing fuel consumption and CO2 emissions on a given flight.
Pilots can use the analysis offered to identify and consider any possible deviations from standard flight plans that might allow for fuel saving.
The system was developed by software specialist Aviaso but specific applications have been added for Lufthansa Cargo, such as in the area of trim evaluation.
“As an airline, Lufthansa Cargo has a particular responsibility towards the environment and sets itself ambitious environmental targets accordingly,” observed Bettina Jansen, head of environmental management at the Frankfurt-based freighter operator.
By means of a wide range of measures introduced aimed at reducing its freighter fleet’s CO2 emissions, Lufthansa Cargo has reduced its shipment-related carbon dioxide emissions by 1.35% per year on average since 2005.
To take an example, a 5-tonne shipment from Frankfurt to New York would have generated 17.03 tonnes of CO2when moved on the Lufthansa Cargo freighter network in 2005.
By 2015, the level of emissions for the same weight on the same route had been reduced by 2.28 tonnes of CO2 to 14.74 tonnes.
Fleet modernisation and a reduction in average onboard weight have helped with the emission-savings effort of recent years.
Lufthansa Cargo hopes to reduce specific its CO2 emissions by 25% by 2020 as compared to 2005.
This target “should be met”, the carrier believes, through a number of different operational and technical measures being introduced or still under consideration.

Etihad Cargo, the airfreight division of Etihad Aviation Group, has expanded its cold chain partnerships by becoming a member of…