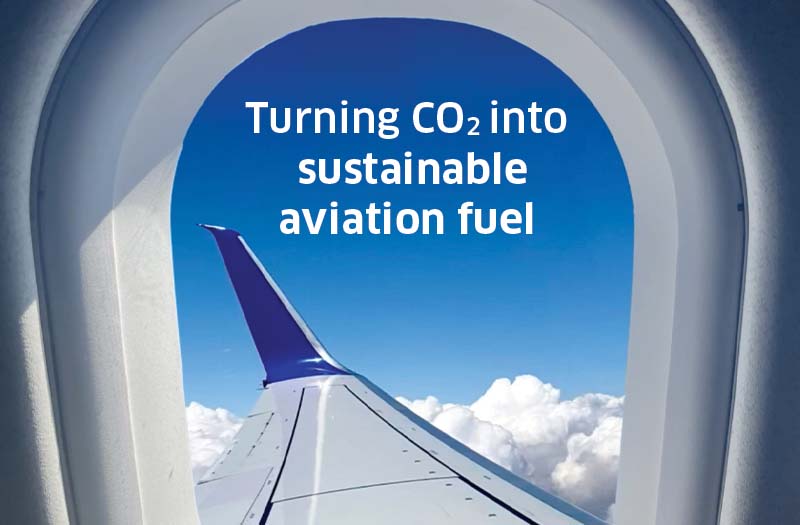 SAF is an alternative to jet fuel that uses non-petroleum feedstock and offers lower lifecycle greenhouse gas emissions. SAF has the potential to deliver the performance of petroleum-based jet fuel but with a fraction of its carbon footprint on a lifecycle basis.

United and OLCV have previously worked together on new approaches to combat climate change. Together, UAV and OLCV will fund development work at Cemvita to convert carbon dioxide into hydrocarbons for SAF.

Michael Leskinen, president of United Airlines Ventures, said: “At United, we have been consistent in leading the airline industry with bold action when it comes to fighting climate change – that starts with building an ecosystem around companies like Cemvita Factory to create and commercialize new SAF technologies.

“This is truly a global imperative, and this cooperation with Oxy Low Carbon Ventures reflects our dedication to building relationships across sectors and working with companies aligned with our sustainability goals.”

If performance targets are achieved, UAV and OLCV plan to form a joint venture to commercialise the technology. This includes funding projects such as pilot and demo plants, engineering studies, financing construction and operating SAF plants.

“The use of SAF is a promising approach that we believe can significantly reduce global emissions from aviation and further decarbonisation initiatives to combat climate change,” said Richard Jackson, president, operations, US onshore resources and carbon management, at Oxy.

“We are eager to collaborate with United and Cemvita to accelerate SAF innovation to reach commercial scale.”

Cemvita is now the third SAF-related technology to receive an investment from UAV. Launched in 2021, UAV targets start-ups, upcoming technologies, and sustainability concepts that will complement United’s goal of net zero emissions by 2050 – without relying on traditional carbon offsets.

Cemvita is among the first to employ this technology to support heavy industry decarbonization and, find ways to use microbiology to turn carbon dioxide into fuel.

“Cemvita Factory is delighted to team up with United and Oxy for this exciting development,” says Moji Karimi, co-founder and chief executive officer of Cemvita.

“We commend United Airlines for being a leader in the airline industry’s decarbonization efforts and are proud to work once again with OLCV to provide these solutions on a broader scale.”