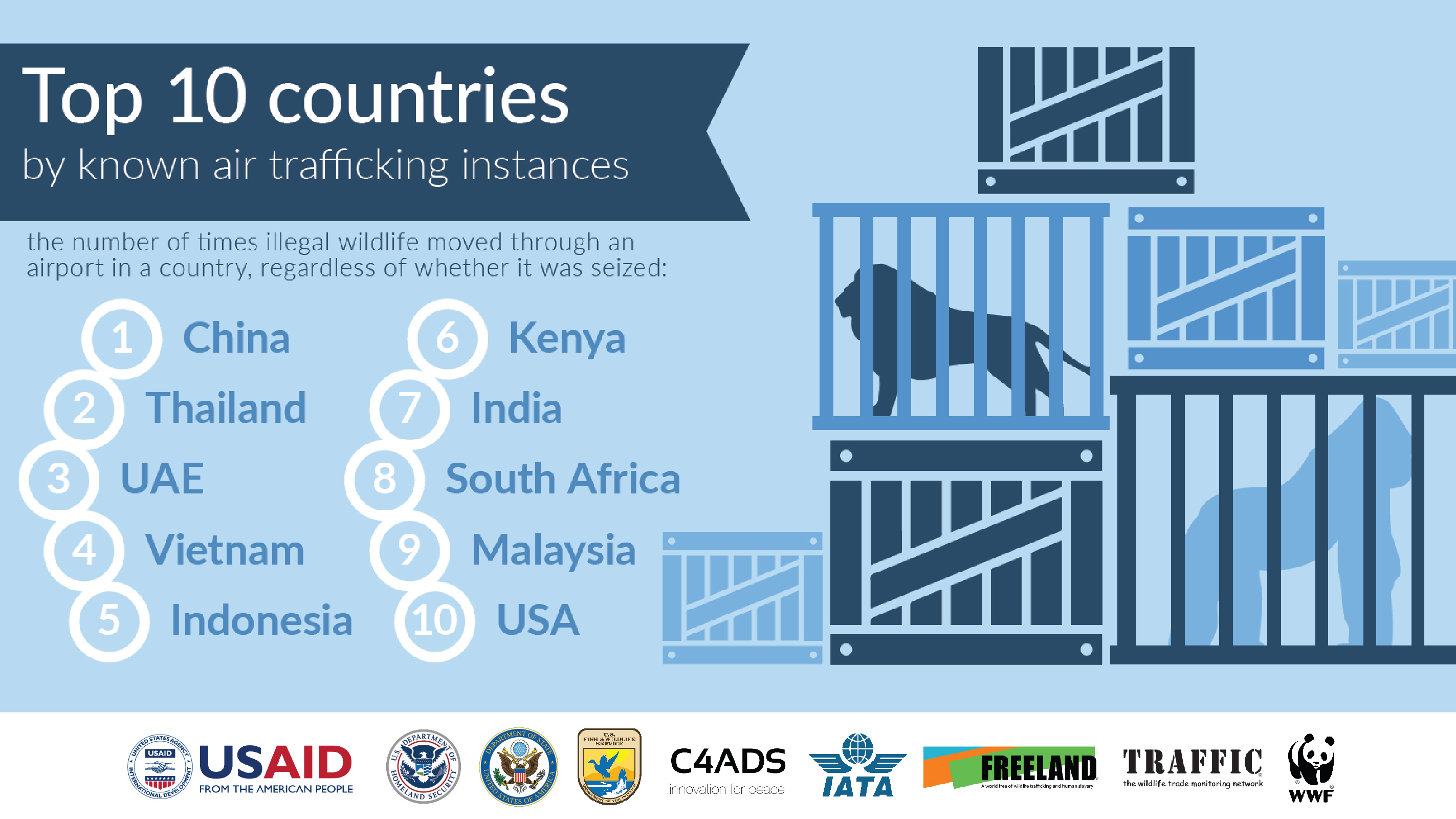 A new report on global wildlife trafficking seizures in air transport reveals that criminals are "highly dependent" on commercial air transportation systems to smuggle endangered animals.
The analysis of global airport seizures of illegal wildlife and wildlife products from 2009 to 2017 found trafficking instances in at least 136 countries worldwide. New data from 2017 shows a “massive” increase in rhino horn seizures, which nearly tripled from 2016 numbers.
The report, In Plane Sight: Wildlife Trafficking in the Air Transport Sector, is produced by C4ADS, a non-profit organization dedicated to providing data-driven analysis and evidence-based reporting on global conflict and transnational security issues.
The report is part of the United States Agency for International Development’s (USAID) Reducing Opportunities for Unlawful Transport of Endangered Species (ROUTES) Partnership.
The seizure data indicates that wildlife traffickers moving ivory, rhino horn, reptiles, birds, pangolins, marine products, and mammals by air tend to rely on large hub airports all over the world.
Collectively, these categories account for about 81% of all trafficked wildlife, according to the United Nations Office on Drugs and Crime (UNODC), and serve as indicators for broader trends within illicit wildlife trafficking.
According to the In Plane Sight report, routes of wildlife products such as ivory, rhino horn and pangolin tend to flow from Africa to Asia, often transiting first through the Middle East and Europe.
Wildlife traffickers carrying live animals, such as live birds and reptiles, generally rely on direct flights worldwide with different hotspots for wildlife trafficking in every region. China was by far the most common destination for all seized wildlife products between 2009 and 2017.
“Wildlife trafficking has global implications for the environment, people and communities, and national security. Seizure data like this is vital to helping regulators, enforcement, and industry take action,” said Michelle Owen of Traffic, the wildlife trade monitoring network, and the ROUTES Partnership lead agency.
“Criminals involved in wildlife trafficking are often directly connected to other illegal networks, including narcotics and human trafficking. By addressing wildlife trafficking, airports and airlines not only help protect endangered species, they also strengthen their operations and supply chains.” 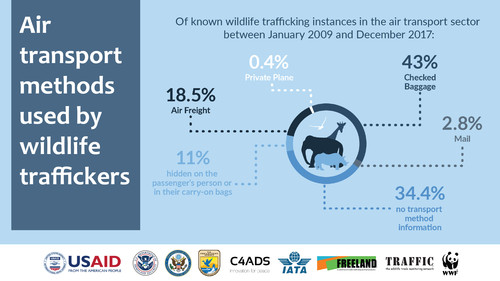 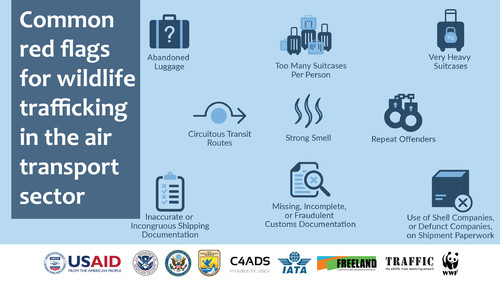 LATAM has completed the first of 42 fights carrying medical masks acquired by Brazil’s Ministry of Health. The first batch…