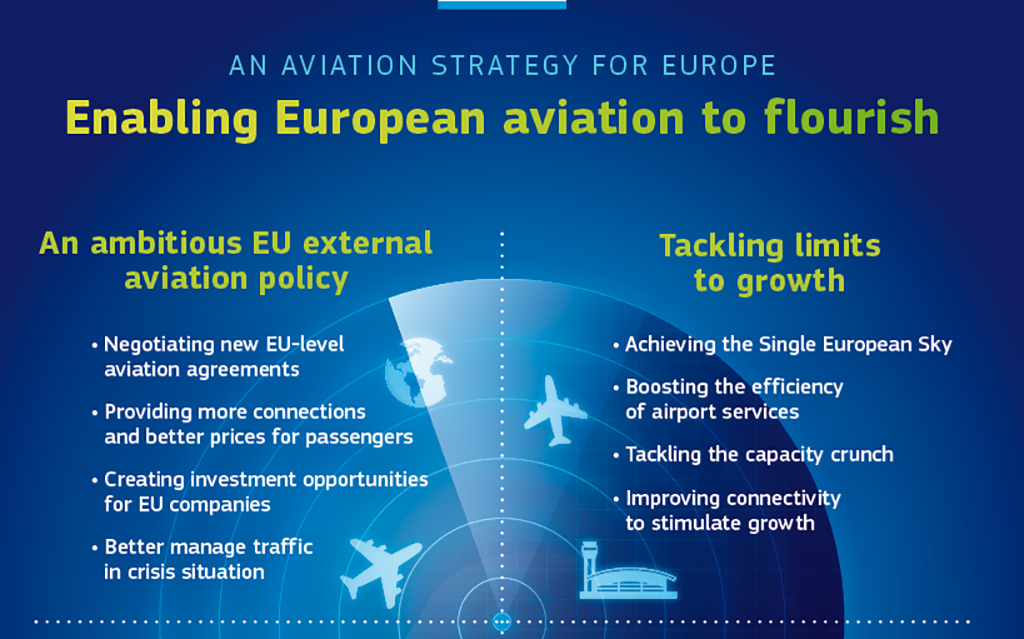 European transport commissioner Violeta Bulc has unveiled a new European Union aviation strategy to a chorus of disapproval from many industry stakeholders.
A number of interest groups, including the European Express Association (EEA) said that the proposals form the European Commission in Brussels lacked detail and they called for more specific measures and more detail, particularly in areas such as taxation.
They also said the plans did not propose adequate measures to bolster the competitiveness of air operators.
Among the proposals are plans for the EU to negotiate union-wide comprehensive aviation agreements with partner countries and regions in place of bilateral air services agreements with individual EU member states.
The EU could negotiate with regions such as the Association of South East Asian Nations (ASEAN) States, Gulf Cooperation Council (GCC) States, Turkey, China and Mexico, similar to the already-concluded comprehensive aviation agreements with the US and Canada.
The commission would also invest €430m a year until 2020 in the Single European Sky (SES) SESAR project to address airspace fragmentation which, it says, costs the industry at least €5bn a year.
The commission will also issue interpretative guidelines on airline ownership and control, although it is not clear if this would include lifting or easing of the current 49% cap on foreign ownership of EU airlines.
However, Bulc did promise measures to address unfair practices from third countries and third-country operators through the new comprehensive agreements. There has been criticism in the US and European industry of the fact that some foreign carriers, especially those in the Arabian Gulf states, have been allow to grow and compete with state subsidies.