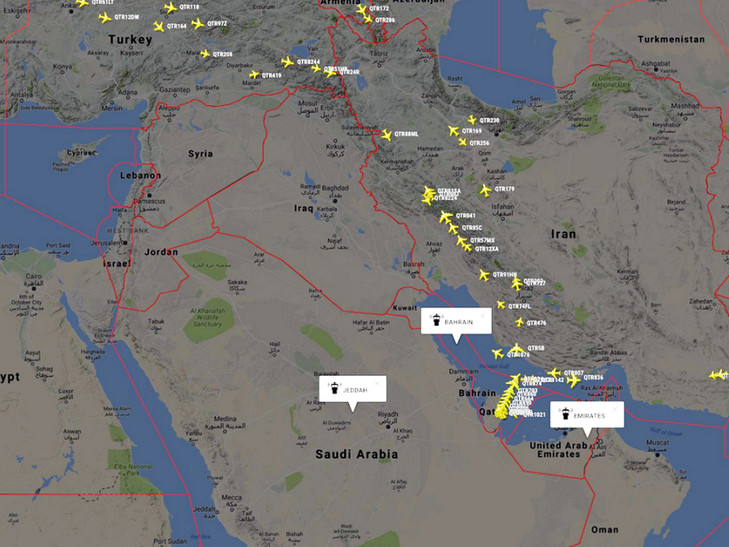 Qatar is reported to have filed an official complaint with the World Trade Organization (WTO) in its ongoing dispute with Saudi Arabia, the United Arab Emirates, Bahrain and Egypt.
The three neighbouring countries have accused Qatar of destabilising the region through its support of extremist group, which it denies.
This has led to a land transport blockade, a ban on sea transport from ports in neighbouring countries and a restriction on air transport as Qatari aircraft are prevented from entering the airspace of the four adjacent countries.
Filing the complaint would be the first step in the WTO’s dispute process. An attempt to resolve the dispute by discussion would take place over the next 60 days but if no agreement can be reached, the matter would go to a WTO panel.
The WTO has not yet confirmed that it has received Qatar’s complaint.
Earlier, national carrier Qatar Cargo started flying cows into Doha for a dairy farm project started by a local entrepreneur in a bid to beat the blockade.