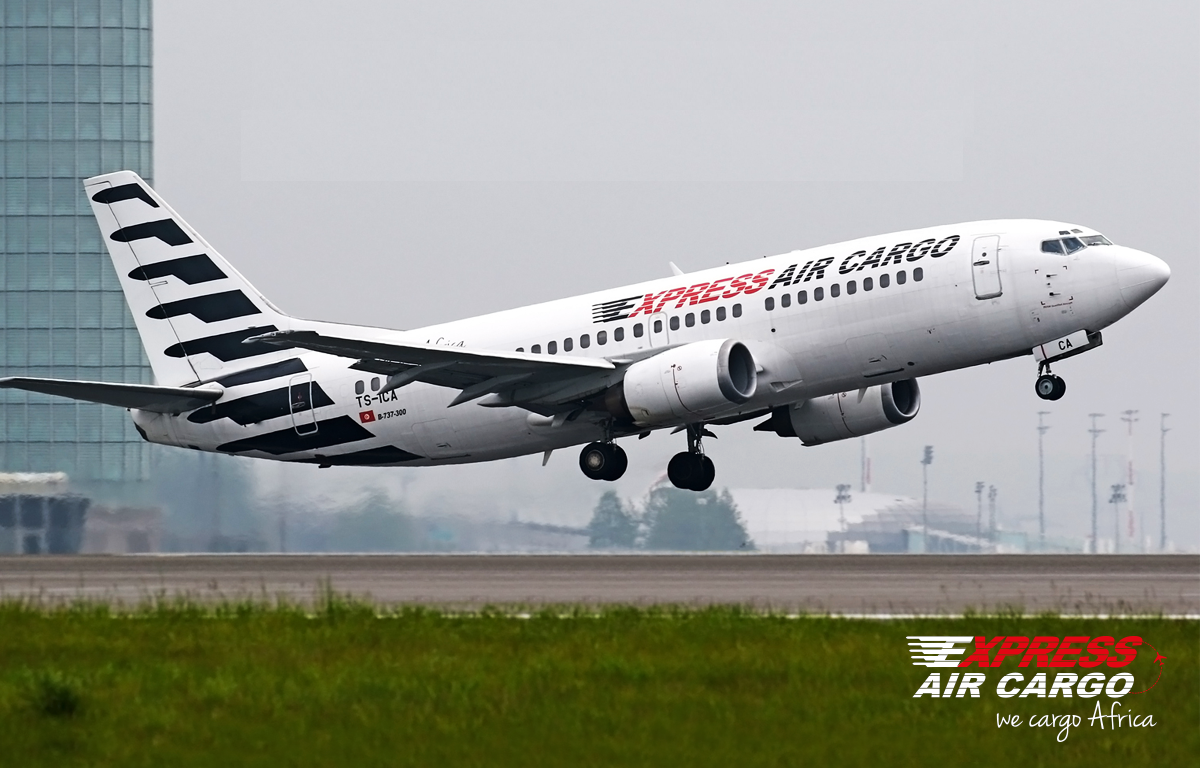 Tunisia-based Express Air Cargo will add four new aircraft to its fleet this year, allowing it to expand the number of services it offers to African destinations.
Starting in January, the airline will begin to roll out 21 new services to a range of countries in west and central Africa and three new services to cover Egypt, Jordan and Lebanon.
These new services will be in addition to the three daily services launched in February last year connecting Tunis to France, Germany and Malta.
In order to launch the new services, the company will take delivery of four new aircraft this year, in addition to the three it already operates.
The four new aircraft are expected to join the fleet in the first half of 2018, with the first due to join in January.
Reports suggest the four new aircraft will be 26 ton cargo capacity B737-400s.
In total, Express Air Cargo aims to operate a fleet of 14 aircraft by 2021, said the airline’s chief executive Anis Riahi.
As well as the new aircraft and new services, Express Air Cargo is planning to build its own 3,000 sq m cargo facility in Tunis-Carthage and inaugurate a Boeing certified maintenance centre for African airlines.
Riahi said: "The [new services] from Tunis were established as a part of new measures to support the export of Tunisian products and trade with the countries served, which will be operational by the end of this month.
"They are supporting an inter-African logistics network and are strengthening the delivery of parcels to and from European countries.”
He added: "A Boeing 737-400 will be deployed from Tunis by the end of January and will make a daily flight to the airports of Central and Western Africa.
"The other three planes will be based, one in Douala Cameroon, and the other two in Guinea Conakry.
"From Douala, it’ll involve connecting Gabon, Equatorial Guinea, Congo DRC and Brazzaville. As from Guinea Conakry, our planes will cover all the countries of western Africa.
“Express Air Cargo thus contributes into making the Tunis-Carthage airport a true hub establishing a bridge between Africa and Europe, but also, the Middle East.
"This triangularization of all cargo Europe-Africa-Middle East, with Tunis for hub, will be a valuable asset for economic development and trade."
Construction on the new cargo centre is due to start imminently and it is also hoped that the centre will eventually achieve CEIV pharma certification.
The Boeing certified maintenance centre, which was first announced in July last year, is due to open in July.
The airline’s first flight took place last year, but local reports say a delay in the delivery of aircraft and obtaining traffic rights from certain African countries put plans to launch several new services in 2017 on hold.
In the end, the airline flew around 4,000 tons of cargo last year between Europe and Tunisia.
The airline was originally due to launch in January 2016 and then again in September 2016.
Read more express industry news