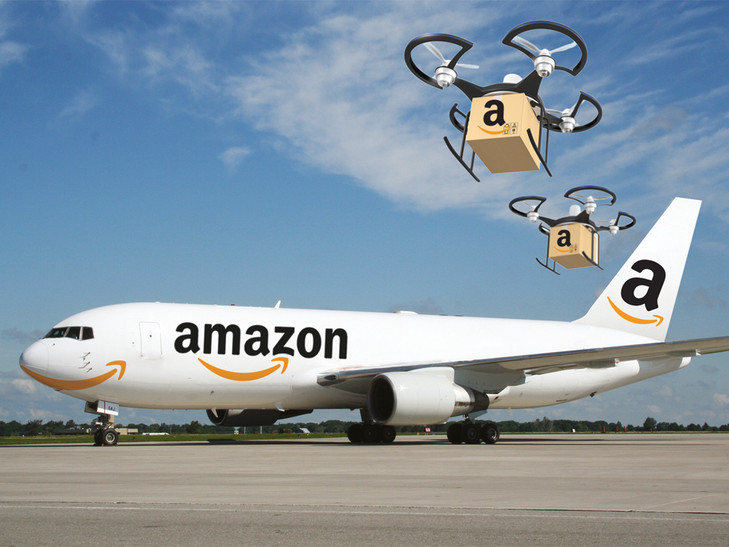 Amazon’s freighter operation is likely to have little impact on the margins of UPS and FedEx, according to a new report.
The report from credit ratings agency Moody’s estimates that Amazon’s 40 Boeing 767 freighters will give the e-commerce firm a fleet with an aggregate payload capacity equal to roughly one fifth of that of FedEx and one fourth of that of UPS.
The fleet will allow the parcel giant to move at least 20% and as much as 30% of its volumes.
On the integrator side of the equation, UPS is the most exposed to Amazon, accounting for around 7% of UPS’ North American volumes and around 3% for FedEx.
Assuming a 20% discount per parcel on reported average pricing, Amazon likely spends around $2.2bn with UPS and thus accounts for about 3.7% of UPS’s annual revenue, compared with about $665m and around 1.6% for FedEx.
But Moody’s said while the two companies will “feel some pain” when the Amazon operation gets underway, the e-commerce firm is among its least profitable customers.
“Amazon’s plans to lease freighter aircraft for a supplementary delivery network will reduce revenue and average daily volumes at UPS and FedEx,” said Moody’s vice president − senior credit officer, Jonathan Root.
“But replacing Amazon volumes with growing business from other, higher-yielding customers provides them with the opportunity to offset reductions from Amazon and improve their margins as e-commerce grows.”
However, it wasn’t all good news for the integrators as it was not yet known how far Amazon’s plans extended.
“Amazon’s endgame is not yet clear," Root said. “If the company looks to become a competitor for third-party package delivery in the US, UPS and FedEx would face greater challenges.”
Moody’s believes Amazon could build a competing US-Canadian ground network for between $8bn to $15bn, and has the capacity to continue adding fulfilment centres, pickup locations and local and regional delivery operations as it chooses to do so.
Furthermore, Amazon’s plans could spur rival retailers to follow its lead and reduce their reliance on parcel carriers in order to shorten delivery times.