American Cargo Monthly: American and United on the up while Delta declines 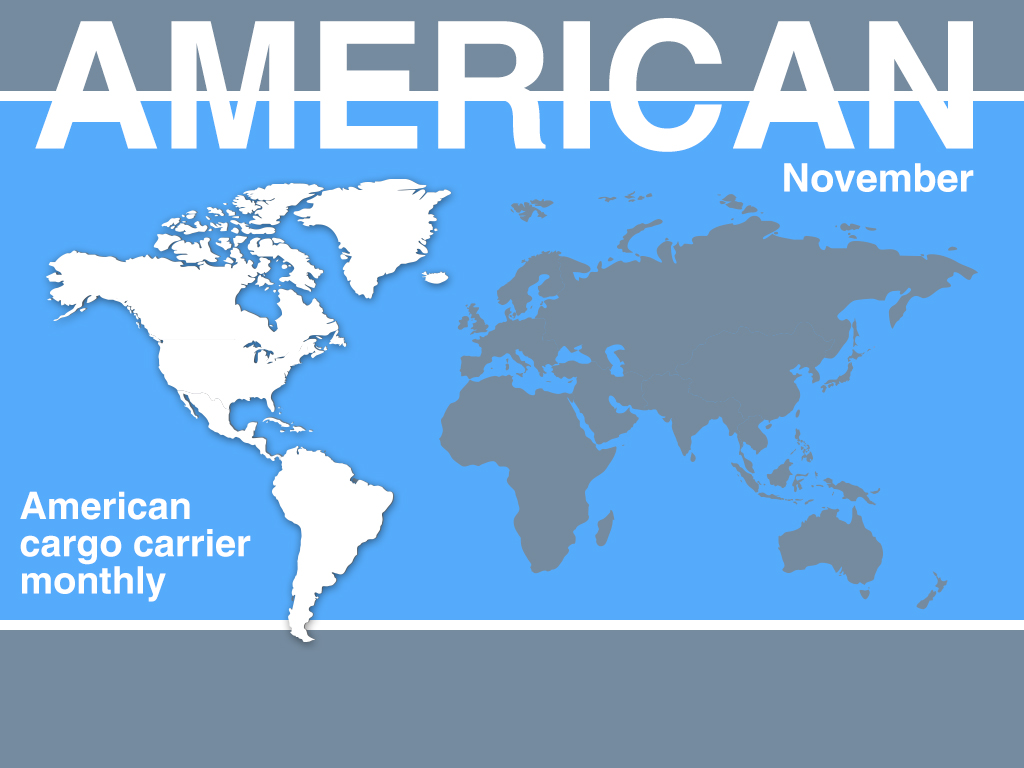 November proved to be another bumper demand month for United Airlines and American Airlines, while Delta and LATAM continued to record declines.
The monthly statistics from United and American show that both airlines had their busiest November since Air Cargo News records began, in 2011 and 2013 respectively.
The busier of the two, United, saw cargo demand increase by 15.5% year on year during November to 257m cargo ton miles (CTM). It is the third month in a row that the airline has registered double-digit growth in cargo.
Click here or on the chart below to view interactive dashboard 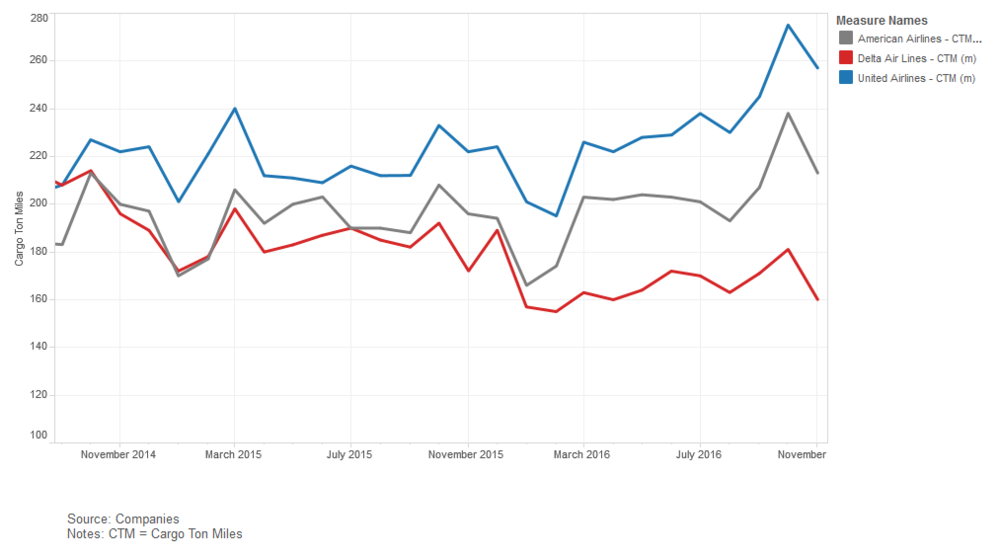 2016 as a whole is also shaping up to be a good year for United, with demand up by 6.6% over the first 11 months of the year to 2.5bn CTM.
American also had a successful November as it registered an improvement of 9% on last year to 213m CTM. It is the airline’s third largest percentage increase of the year so far, although growth has moderated since September and October.
Over the first 11 months of the year, demand is up by 4% compared with last year to 2.2bn CTM.
It wasn’t such good news at Delta, which continued to report declines in demand as cargo slipped 7.1% year on year to 160m CTM.
It is the 21st monthly year-on-year decrease in a row for Delta and the worst November since Air Cargo News records began in 2011.
Over the first 11 months of the year demand is down 11.5% to 1.8bn CTM.
The LATAM Group also continued to see its cargo volumes shrink in November reflecting South American economic conditions as it registered a 5.3% decline on a year earlier to 322 revenue tonne km (RTK).
For the year to date, demand is 9.2% behind the 2016 figure at 3.1bn RTK. It wasn’t all bad news for the South American airline giant though as capacity reductions helped it offset demand declines and for the second month in a row the cargo load factor was better than the 2015 level, reaching 57.5%.
In its latest quarterly update, the carrier group revealed that since the end of last year, it has taken one of its Boeing 767-300Fs out of action. In total, the carrier’s freighter fleet now stands at seven B767-300Fs and three B777-200Fs. It is also leasing three B767-300Fs and one B777-200F to a third party.
Next year, the carrier is planning to withdraw a further B767-200F and also a B777-200F.
Click here or on the charts below to view interactive dashboard 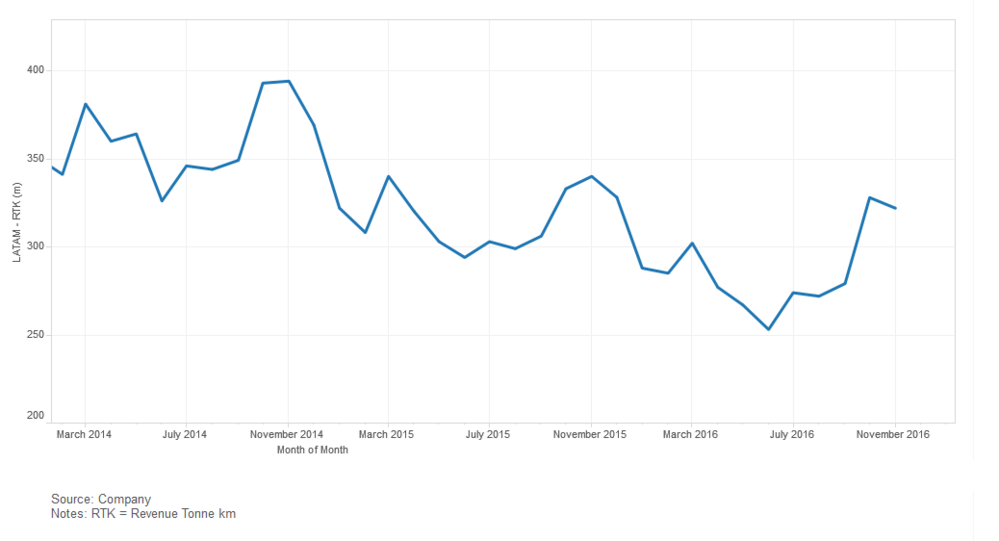 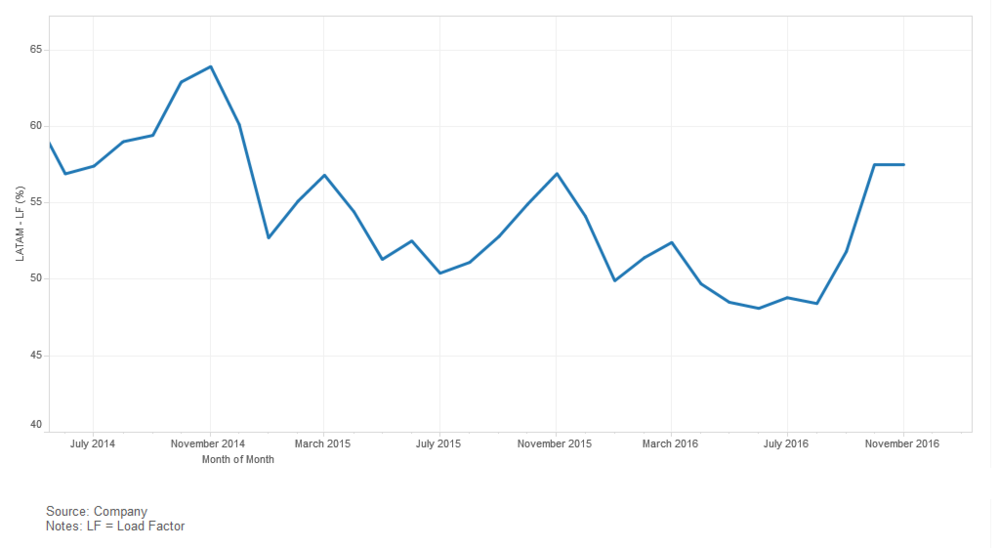