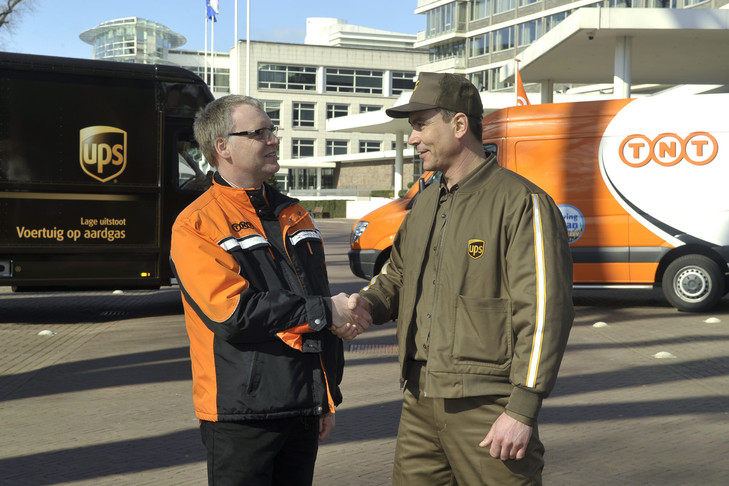 Europe’s General Court has annulled the January 2013 decision by the European Commission to refused authorisation of the merger between UPS and TNT, on the grounds of a “procedural irregularity” by the European regulator.
TNT was later acquired by Federal Express, the arch rival to UPS in the global express small package delivery services sector.
Europe’s second highest court said that the commission in Brussels had “infringed UPS" rights of defence by relying on an econometric analysis which had not been discussed in its final form during the administrative procedure”.
A UPS spokesman said: "UPS is pleased to see that its reasoning was upheld by the European General Court. While the decision in UPS’s favor makes a number of points, the most significant of this decision is its impact in helping to preserve a competitive environment in Europe by clarifying the procedure and relevant criteria for merger approval.
"UPS has operated in Europe for over 40 consecutive years and continues its investment program into its integrated global network in which Europe plays a key role."
A FedEx spokesperson said: “We are aware of today’s ruling by the General Court. The ruling has no bearing on the FedEx acquisition of TNT, and our integration continues to proceed as planned. Following the European Commission’s approval of the FedEx/TNT transaction, a strong new competitor has been created in Europe, providing more choices for customers.”

In 2012, UPS notified the European Commission of its proposed acquisition of TNT  for €5.2bn under the Merger Regulation. In January 2013, the commission prohibited the proposed acquisition of TNT by UPS.
In essence, said the court in its judgment today, “it considered that that take-over would have restricted competition in 15 Member States as regards the express delivery of small packages to other European countries”.
The court’s statement continued: “In those Member States, the acquisition would have reduced the number of significant players in that market to only three, or even two, sometimes leaving DHL as the only alternative to UPS.
“The merger would therefore, according to the Commission, have likely harmed customers by causing price increases. UPS brought an action before the General Court seeking the annulment of the Commission’s decision.”
The General Court has now upheld the action and annuled the commission’s decision.
The court found that the econometric analysis used by the commission in its decision was “based on an econometric model different from that which had been the subject of an exchange of views and arguments during the administrative procedure”.
It continued: “The commission made non-negligible changes to the analyses previously discussed with UPS. In view of those changes, the Commission was required to communicate the final econometric analysis model to UPS before adopting the contested decision.
“By failing to do so, the commission infringed UPS’ rights of defence.”
The court took the view that, during the administrative procedure, UPS might have been better able to defend itself if it had had at its disposal, before the adoption of the contested decision, the final version of the econometric model chosen by the commission.
The court annulled the 2013 decision in its entirety, without examining the other pleas in law put forward by UPS.
An appeal, limited to points of law only, may be brought before the Court of Justice against the decision of the General Court within two months of notification of the decision.