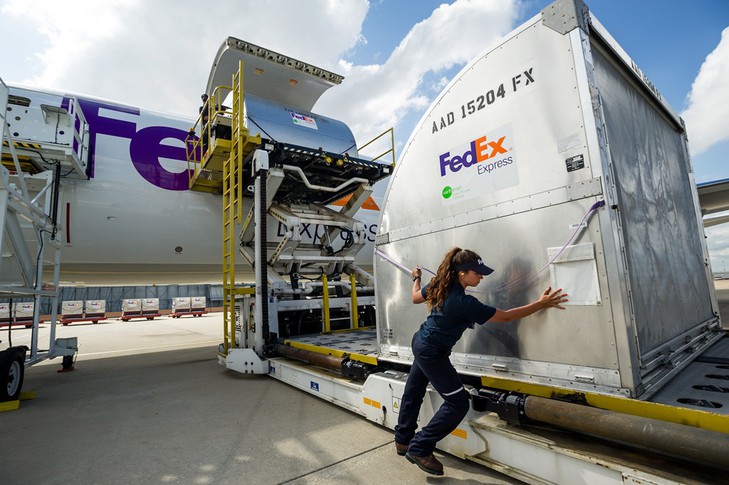 FedEx saw its share price drop by around 3% yesterday as its earnings per share missed market expectations on the back of investments in its ground segment.
The US express giant recorded second fiscal-quarter adjusted earnings per share of $2.80 on the back of a 3% increase in operating income to $1.2bn.
However, this missed expectations of adjusted earnings per share of $2.90, causing a slip in the company’s share price.
FedEx’s ground segment saw operating income fall by 12% to $465m as it invested in four major hubs and 19 automated stations, which chief executive Fred Smith said was one of the “most remarkable things” he had seen in the time he had been working in the business.
The company said it had also turned away some business to protect margins.
Revenues at the ground segment increased by 9% year on year to $4.4bn.
Operating income was also down in its freight (trucking) segment – falling 13% year on year to $88m – as a result of lower average weight per shipment. Revenues at freight were up by 3% to $1.6bn.
Its express division saw operating income improve by 2% on last year to $636m and revenues were up 2% to $6.7bn as yields improved and package volume grew.
Despite the operating income performance of its ground and freight divisions, the company saw overall operating income increase by 3% to $1.2bn thanks to the acquisition of TNT Express which contributed $70m in operating income and $1.9bn in revenues.
Smith said the integration of TNT was progressing well.
Overall, the company is expecting to report a record peak season, he added. 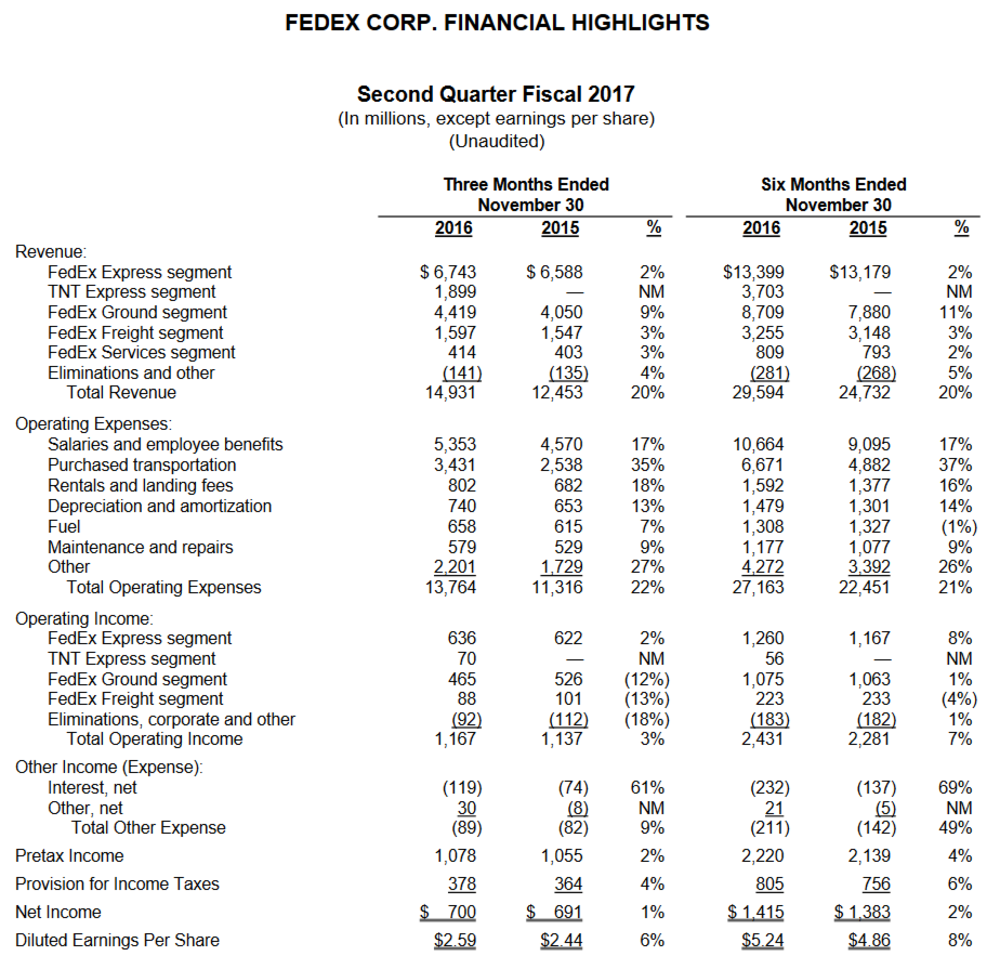