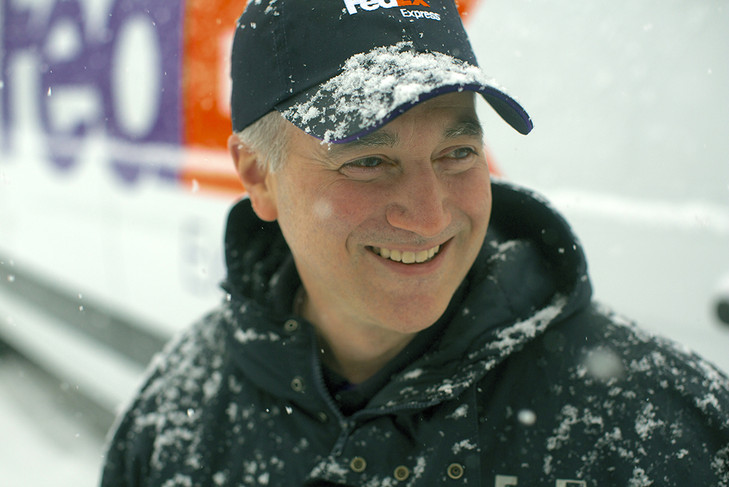 FedEx has said it is considering appealing against the fine issued by France’s competition authority for alleged price fixing in the parcel delivery sector as it announced its latest quarterly results.
The Memphis-headquartered integrator recorded an increase in second-quarter fiscal year revenues of 5% to $12.5bn, operating income was up 4.6% to $1.1bn and net income increased 4.2% to $691m.
The improvements were down to strong profit growth at its FedEx Express air division and also its ground delivery segment.
FedEx Services president and chief executive Mike Glenn said: “[In Express] we’ve experienced record-breaking demand during this peak season largely driven by the rapid growth of e-commerce.
“Our busiest days during peak have exceeded our forecast and more than double our average daily volume and should be noted that our busiest days this year are approximately double what they were just about eight years ago.
“Revenue decreased 6% as lower fuel surcharges and unfavourable currency exchange rates were more than offset base yield growth.”
Operating and net profits were also up at the division. The improved yields were down to its profit improvement programme and fleet modernisation.
“This includes strong productivity gains, a right-size workforce, efficient and reliable assets due to the fleet modernization programme and improved base yield,” said chief financial officer Alan Graf.
“These structural improvements allow us to take advantage of the growing e-commerce market and to succeed under current global economic conditions.”
In a conference call held shortly after its results were announced, FedEx clarified that other countries would not follow France’s lead and issue fines for an alleged cartel in the country’s parcel sector.
“There is not any concern of the fine levied by the French will be copied by other countries because this proceeding involved TATEX, a French company that we acquired in 2012 and the events that are the subject of this proceeding occurred in 2010, long before we acquired the business,” it said.
“The events were limited to France but despite that situation we are considering an appeal of this decision and will give you an update on it next quarter.”
Autorité de la Concurrence has ordered 20 parcel delivery firms to pay a total €672.3m for alleged price-fixing.
Some 20 companies including Chronopost, Exapaq (now DPD France), Dachser France, DHL Express France, FedEx Express France, Gefco, Geodis, GLS France, Norbert Dentressangle Distribution, Schenker-Joyau (now Schenker France), TNT Express France and Ziegler France were fined for price-fixing between September 2004 and September 2010.
Most of the offences took place under the auspices of the TLF professional grouping, which has also been fined.
FedEx also said it was expecting solid earnings over the next six months and following publication of results its share price jumped.
It also provided an update on its takeover of TNT, saying it had now gained regulatory approval for the takeover in 10 countries including the US, Australia, Chile, Colombia, Japan, New Zealand, Russia, Taiwan, Turkey and Ukraine.
Europe is expected to provide approval early next year, while it is “aggressively pursuing” clearance in the remaining seven countries, Brazil, China, Argentina, Israel, Korea, Namibia and South Africa.
The deal is expected to be completed in the first half of next year.