FedEx optimistic on air cargo and US tax reforms 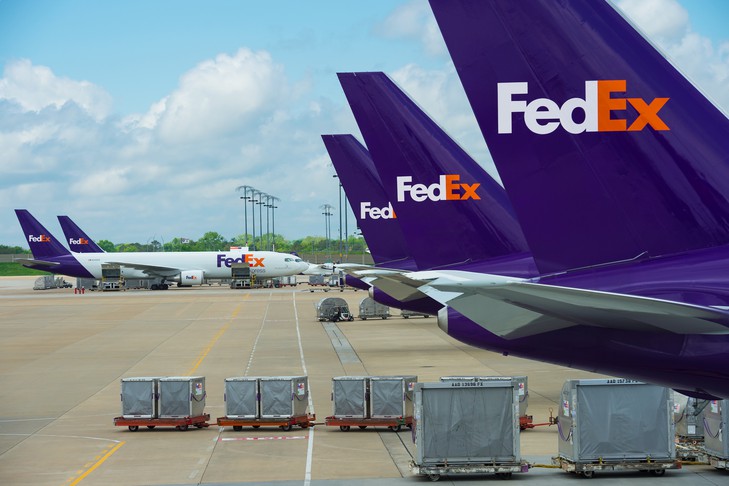 FedEx is expecting another year of air cargo growth, while it also expects to benefit from US tax reforms that were passed yesterday by the Senate.
The express giant yesterday reported second-quarter fiscal results, with revenues increasing 9.4% to $16.3bn, operating income up 7.7% to $1.3bn and net income improving 10.7% to $775m.
FedEx chairman and chief executive officer Fred Smith said the company was on track for another record holiday shipping season.
“Strategic execution by the FedEx team and a stronger global economy drove improved financial results, and we are well positioned for profitable, long-term growth,” he said.
The company said results improved on higher base rates, volume growth and favourable fuel effects.
Looking ahead, the company was positive that air cargo would continue to grow.
FedEx president and chief operating officer David Bronczek said: “We absolutely believe that short and long term, international airfreight shipments will continue to grow and outpace GDP, like it always used to be in the past.
“That’s great news for FedEx because we’re the largest [air cargo and air express company] in global business transportation worldwide.”
Bronczek also expects the company’s airfreight business to benefit from US tax reforms that were yesterday passed by US Senate.
The move will reduce corporate taxes to 21%, instead of the current rate of 35%. There will also be lower taxes on overseas profits.
Republicans hope the move will boost businesses and help stimulate the US economy.
FedEx said it would use any savings from the tax reforms to grow the business and create “even more upward mobility for our team members”.
This will include further funding of its pension plan, increasing dividends, continuing its stock re-purchase plan and investing in acquisitions.
The company also expects US GDP growth to accelerate next year as a result of the reforms, which will result in increased volumes and the need to higher extra staff.
“This tax reform bill would go a long way in making US based corporations more competitive globally,” said FedEx chief financial officer Alan Graf.
The company also gave more information on its recent order for 50 Cessna SkyCourier 408 twin-engine turboprop aircraft, with options for 50 more, and 30 ATR72-600 eight tonne aircraft, with options for 20 more of the aircraft.
FedEx Express chief operating officer and president, international, David Cunningham said the aircraft would act as replacements for its fleet of ATR 208s, which will be approaching 30 years of age when the first new aircraft are delivered.
The new aircraft also have large cargo doors and can carry containers, rather then need to be bulk loaded.
“We’re creating a lot of efficiency but we’re also creating the opportunity to handle product to markets that we haven’t been able to handle in some of the smaller aircraft to this point. So we are very excited about this,” Graf said.
Looking second-fiscal year results at the company’s various divisions, express saw revenues improve by 8.2% year on  year to $9.4bn and operating income was up 1.6% to $717m.
The company said that revenues grew primarily due to higher base rates, strong growth in international services, higher fuel surcharges and favourable exchange rates.
Results in the division continued to be affected by the TNT cyber attack, which had an estimated affect of $100m mainly due to lost revenues.
The FedEx ground segment saw revenues increase by 12% to $4.9bn and operating income was up by 12% to $521m.
“Operating results improved due to revenue growth, partially offset by higher purchased transportation, network expansion and staffing costs and increased self-insurance reserves,” the company said.
The freight segment saw revenues increase by 10% to $1.8bn and operating income was up 34% to $118m.
Results improved thanks to less-than-truckload volume and revenue per shipment improvements.
Read more express industry news