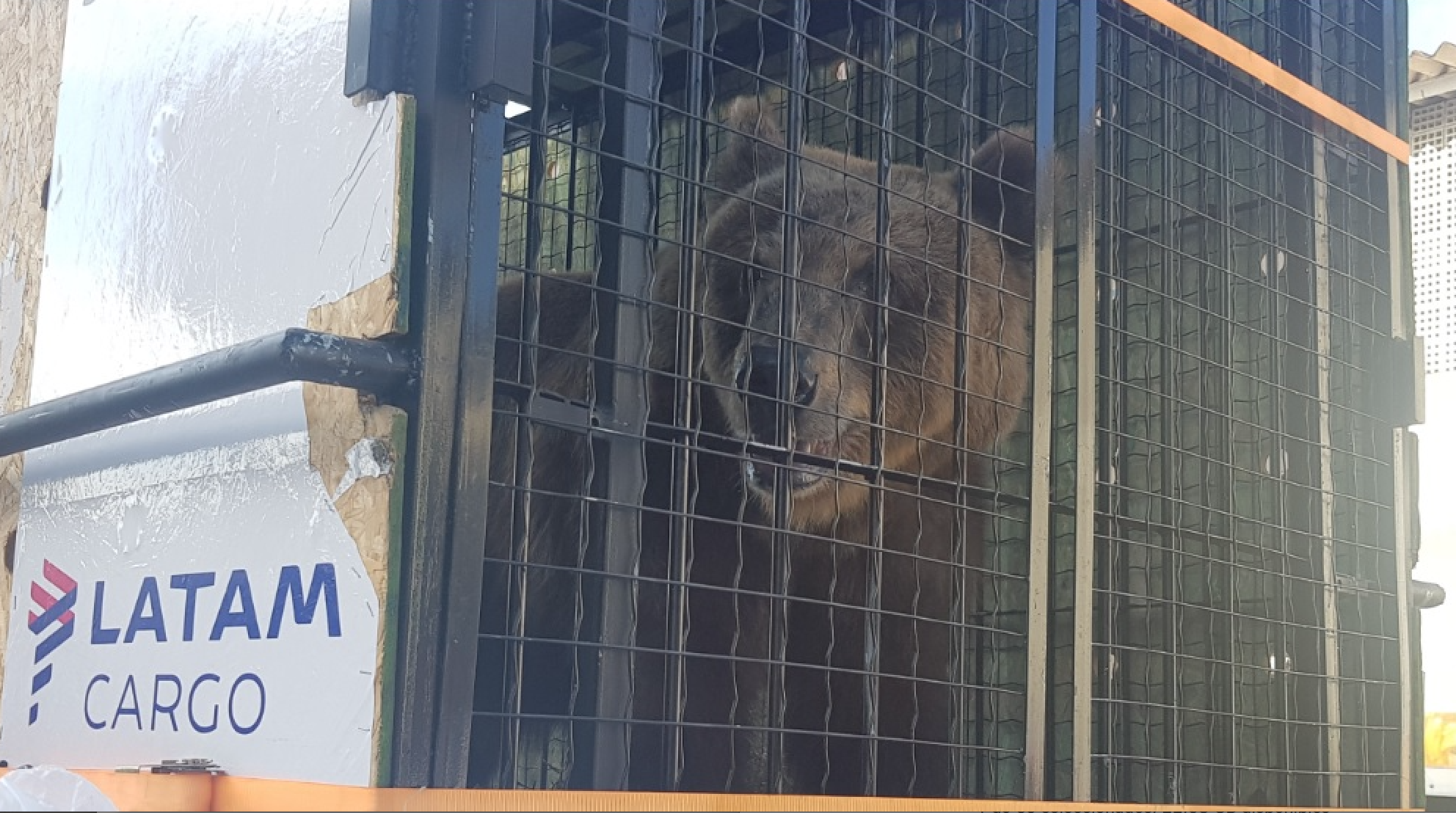 LATAM Cargo Brazil has transported a brown urso from Salvador airport to Sao Paulo in a shipping box especially created to carry bears.

The animal will join two other ursos that LATAM transported earlier this year at a sanctuary run by Rancho dos Gnomos Ecological Sanctuary Association (ASERG), which specialises in the preservation of wildlife and in caring for animals which were the victims of mistreatment.

The process of preparing the B767-300 and boarding began four hours before the flight departure and involved more than 15 LATAM Cargo officials. The bear was accompanied by veterinarians and specialists from the sanctuary on the flight.

LATAM Cargo Brazil has been in partnership with the Brazilian Institute of Environment and Renewable Natural Resources (IBAMA) since 2009 and has already provided free transportation for more than 4,500 thousand animals in projects aimed at the preservation of Brazilian fauna.