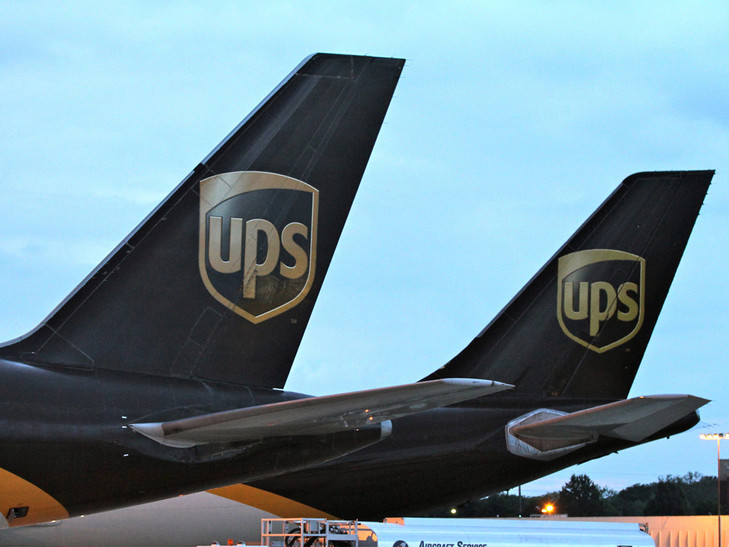 UPS posted “positive” fourth quarter results, with double-digit operating profit growth recorded across all three of its segments.
The parcel giant announced a 1% increase in fourth-quarter revenues to $16bn, although it said performance at a top-line level was restricted by currency translations and lower fuel surcharges.
At an operating profit level, it recorded a 172% year-on-year jump to $2bn and at a net profit level there was a 193.8% increase to $1.3bn.
Operating profits improvements were led by its US domestic package division, which saw an increase to $1.3bn from $444m last year.
International package saw a 73.1% jump on a year earlier to $580m, led by a strong performance in Europe, while supply chain and freight turned a $25m loss for last year’s fourth quarter into a $187m profit this year.
In an investor call, UPS chief executive David Abney said the “explosive growth” of e-commerce created “great opportunities”.
He said the company had worked hard to manage the peak-season surge by ensuring capacity was fully utilised at all times even the weekend. This had resulted in its peak day moving from December 22 to December 21.
It had also worked closely with customers to tender shipments ahead of the original schedule.
He said the Atlanta-based firm had also implemented certain pricing controls and maintained disciplined operating plans to ensure its peak package volume did not jeopardise the overall integrity of the network.
Looking ahead, he said global economic conditions remained “uncertain”. He said slight improvements were expected in Europe and Asia this year, while US economic improvements were expected in the second half.
Challenging conditions were expected in emerging markets.
In a conference call after the results announcement, Abney was also asked about Amazon’s decision to operate some of its own trucks and aircraft during the peak and the effect it has on pricing.
“Amazon is a good customer of ours,” he said. “We have a mutually beneficial relationship and our goal with Amazon, or any other big customer, is to continue to show our value and build an integrated network through our technologies and to have a value proposition that is difficult to match.
“We do add capacity for large customers such as Amazon, when we do it we ensure we have the proper economic return, and at the same time we also ensure the integrity of our network for all customers by planning and forecasting our volumes.
“I didn’t read anything in the last quarter that we feel on any kind of substantial basis is going to affect our pricing, or pricing in the market.”
During Amazon’s end-of-year conference call, Amazon revealed it was not looking to take on the likes of UPS and that the air cargo operation it had set up was just to cover its own peaks.
Amazon chief financial officer Brian Olsavsky said: “What we’ve found is in order to properly serve our customers at peak, we’ve needed to add more of our own logistics to supplement our existing partners — that’s not meant to replace them.
“Those carriers are no longer able to handle all of our capacity that we need at peak. They have been and continue to be great partners and we look forward to working with them in the future. It’s just we’ve had to add some resources on our own.”