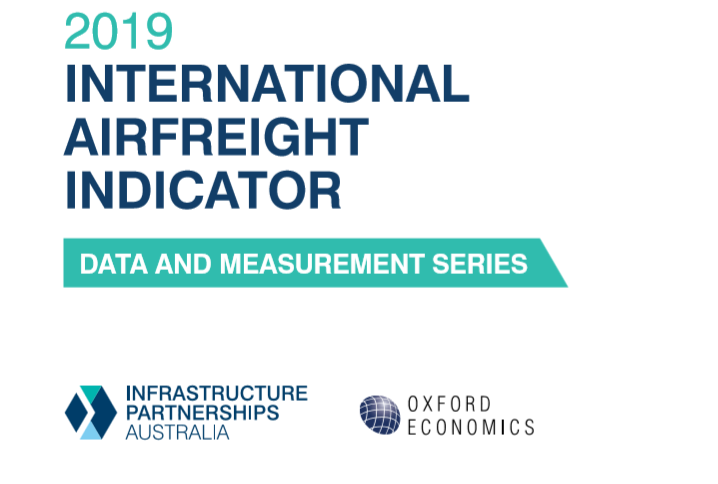 A think tank has called on the Australian government to set up a dedicated body to measure and publish detailed analysis of the country’s airfreight sector.

The move follows the release of a report by executive member network Infrastructure Partnerships Australia (IPA) and BIS Oxford Economics, which indicates that belly cargo flying into and out of Australia was worth A$109bn last year. That figure is forecast to rise to A$114bn in 2019.

The 2019 International Airfreight Indicator shows that while airfreight accounts for only 1% of Australia’s trade volume, it punches above its weight in terms of value: by that metric, 21% of the country’s traded goods travels by air.

More than 80% of Australia’s airfreight imports and exports travel in the holds of passenger aircraft. Over 96% of its international airfreight passes through the major airports of Sydney, Melbourne, Brisbane and Perth.

IPA chief executive Adrian Dwyer said: “Every day more than 550 international flights arrive and depart Australia, yet until now, we have been remarkably blind to the value, the type of commodity, and the economic contribution of goods that travel in the belly of these aircraft.

“In a national first, the 2019 International Airfreight Indicator shines a light on a multi-billion industry that has historically gone unnoticed in our broader trade debate. The Indicator shows that airports are crucial to our trade story, and the cargo transported beneath passengers is vitally important to airlines, airports and the Australian economy.

“In a period of heightened trade tensions and structural economic change, it’s critical that we use data like that presented in the 2019 International Airfreight Indicator to improve the way we plan, regulate and invest in our freight sector,” Dwyer urged.

“Without useful data to examine and measure our freight sector we will be flying blind on our international trade.

“That is why Infrastructure Partnerships Australia has called on Government to establish a dedicated freight body to independently measure and publish detailed analysis of the overall performance of our logistic and supply chain networks,” he concluded.