Back to the 70s for Qantas fund raising 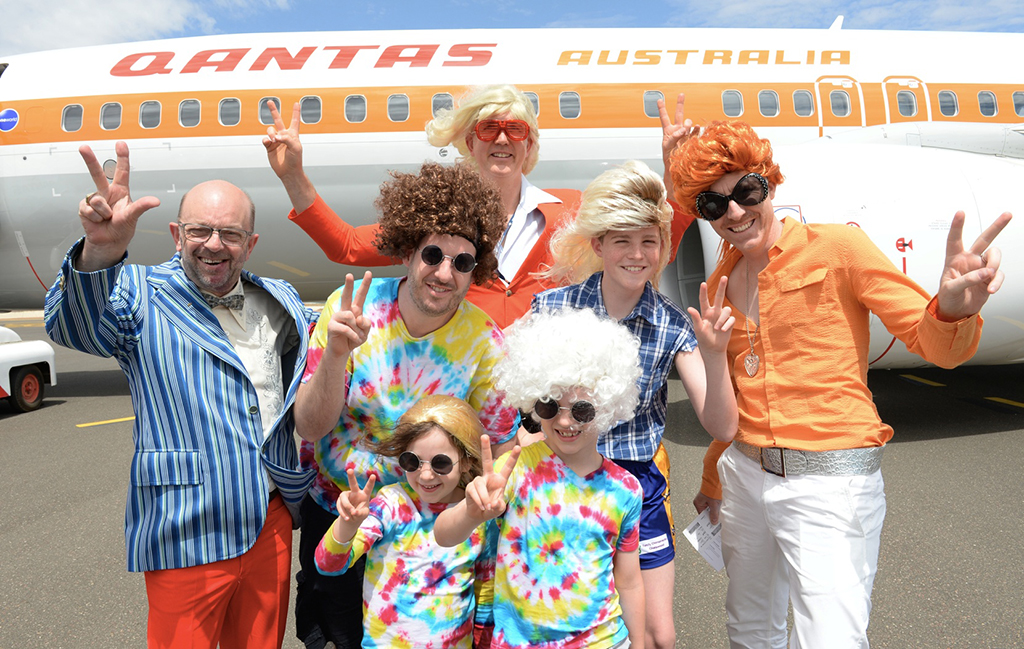 Australians have helped Qantas raise more than $114,000 for the Western Queensland Drought Appeal, funding the coordination and distribution of much needed drought relief across the Longreach region.
Qantas operated a one-off charity flight from Sydney to the Qantas Founders Museum in Longreach, using its ‘Retro Roo’ aircraft in 70s livery. Passengers got into the 70s spirit with retro outfits, a special Neil Perry-designed menu and cocktails, and entertainment from some musical icons of the era.
The initiative comes in the lead up to Qantas’ 95th birthday next month and was aimed at supporting the community that gave wings to Qantas almost a century ago.
Leo Sayer provided the pre-flight entertainment in the Qantas Business Lounge, while Glenn Shorrock belted out Little River Band classics at the Qantas Founders Museum.
QantasLink CEO John Gissing said the national carrier was proud to lend its support to a region it first called home in the 1920s.
"Qantas’ roots in Longreach are deeper than in any other part of Australia – and there has never been a more important time for us to give back to this wonderful community," Gissing said.
"We know these are difficult times for Longreach and we’re committed to playing our part to help both through this charity flight and through ongoing support for the local tourism industry."