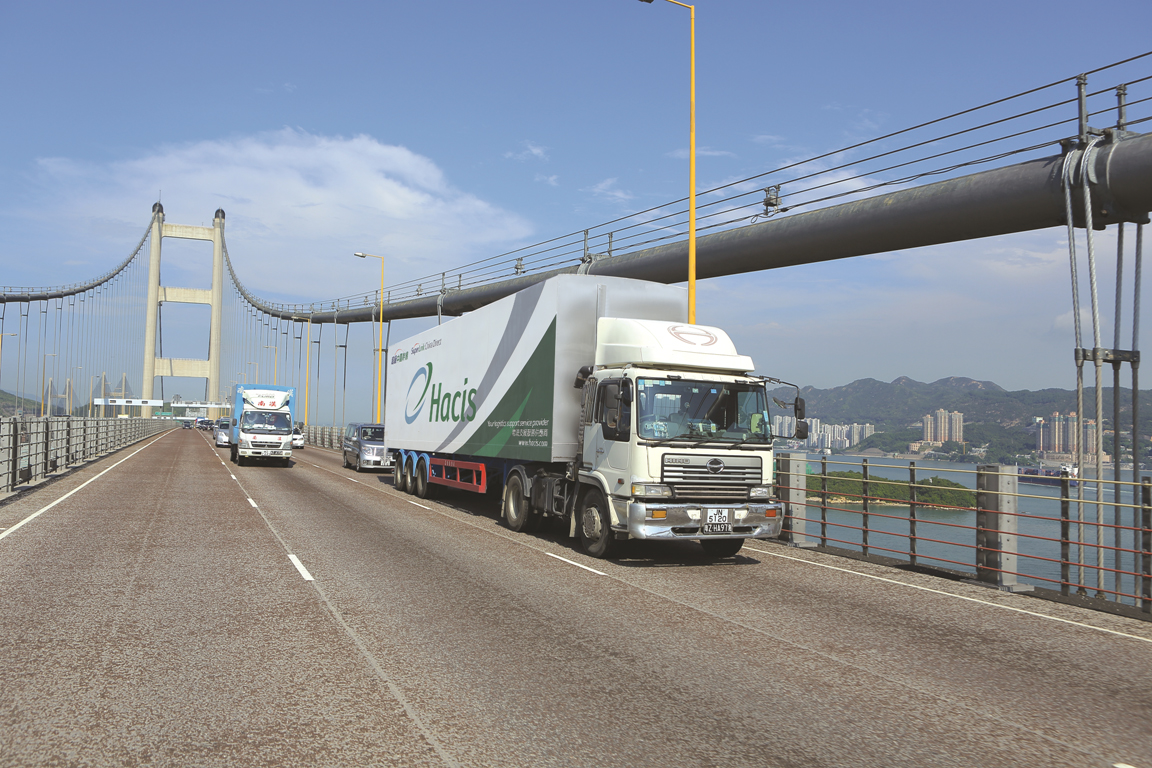 Hong Kong Air Cargo industry Services (Hacis) plans to open additional bases on the Chinese mainland to extend its logistical support for cargo customers of Hong Kong International Airport (HKIA).
Hacis has offered road feeder services (RFS) to the mainland since 2000 via its Customs-bonded SuperLink China Direct service.
“We run 10 trucks a day across the border and up to 14 at peak times,” explains Vivien Lau, managing director of Hacis and executive director of its parent organisation, Hong Kong Air Cargo Terminals Ltd (Hactl).
She added: “Agents’ own trucks can often be stopped and inspected, but as a known entity we get ‘green lane’ approval from Hong Kong and Chinese Customs.
“When we launched RFS, not many foreign carriers were serving the China market beyond Hong Kong and our focus was 90 per cent northbound [that is, Hong Kong into mainland China].
“Now, with so many more carriers operating to the mainland, there is much more cargo to be brought back into Hong Kong for connections back to international destinations.”
Lau adds:  “The ratio of traffic is now nearer 70-30 and we are looking to develop southbound business further.
“Currently we have to clear Customs first, as if it was an export, and they charge a tariff. But Chinese Customs is now more willing to facilitate and we hope to negotiate for southbound shipments to be treated as transhipment cargo.”
Chinese import consignments on a Shenzhen or Guangzhou master air waybill can often land in Hong Kong.
Transferring to these inland depots is relatively painless, but if Hacis needs to transport the goods deeper into the Pearl River Delta (PRD) region, it may need to re-bond.
Hacis is promoting Dongguan, for example – once primarily a garment production centre but now expanding into technology. The city is only 45 minutes beyond Shenzhen but has a different Customs jurisdiction.
“Re-bonding in Shenzhen can take up to 24 hours, so we try as far as possible to do the paperwork in advance,” Lau says.
It is the massive Hong Kong–Zhuhai–Macau Bridge construction project that has prompted Hacis’s idea of open more stations on the mainland.
The 50 km series of bridges and tunnels that will connect the three cities, due for completion in late 2016, will reshape the geography and the logistics of the PRD.
New warehouses are already going up across the western half of the PRD, where costs are lower because of the area’s historic inaccessibility. “There’s a lot of seafreight going through Zhuhai port that we need to convert to air,” Lau says.
She sees airlines as the main customers of any new Hacis facilities, since forwarders would typically use their own trucks and sheds, but says that Hacis will provide useful backup where outsize shipments are involved or special handling is needed.
Hong Kong may be the world’s largest cargo airport, but can it stay competitive in future? Is its model sustainable?
The Hong Kong government’s announcement in March that HKIA will get its long-sought third runway by 2023 has come as a great relief to the air freight community, and Lau is positive.
“Shanghai is now number three in the world; Guangzhou is also reaching out and could match Hong Kong’s volumes in 10 or 15 years. But we’re still a big consolidation point. It will take time for the mainland to catch up,” she insists.
“Customers can co-load in Hong Kong, while mainland China still operates a strict rule that the whole pallet must have the same owner. Our Customs efficiency still gives us a key competitive edge.”