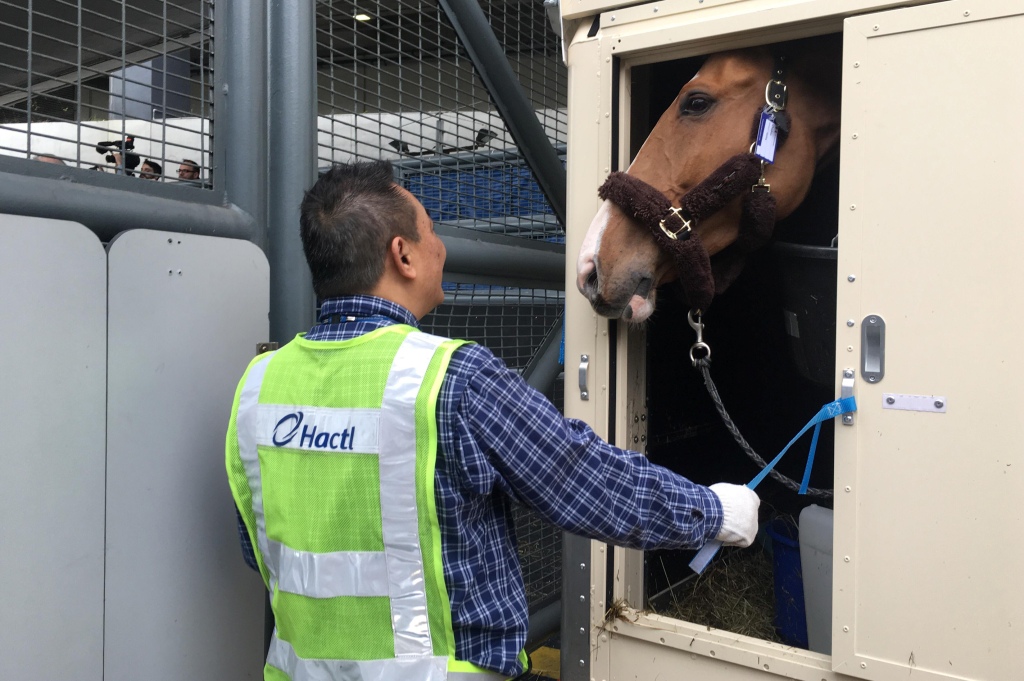 Hactl also modified its audit checklists and training materials to comply with the new, higher standards. Its Standard Operating Procedures (SOPs) were reviewed and revised after detailed internal discussion with its operations teams and other supporting departments.

Finally, numerous training and briefing sessions were held to ensure all relevant staff were aware of every change.

Horse Handling Centre 2 was reconfigured to enable it to provide instant extra capacity in the event of sudden peaks in traffic, and new fans were installed to protect horses in transit from the risk of heat stroke during Hong Kong’s hot and humid summer climate.

In addition, Hactl’s ramp animal transfer containers (re-named and labelled “Live Animals Containers” for instant recognition) were upgraded with improved ventilation and transparent viewing panels at both ends; its hygiene regimes were further tightened; and extensive refurbishment and upgrading of all its other animal handling facilities was undertaken.

Hactl chief executive Wilson Kwong said: “We are honoured that Hactl is one of the first in the world to obtain all three IATA CEIV certifications. This recognition by such a respected external party is the best possible evidence of service quality, inspiring even greater confidence in shipping live animals through Hactl.

“People love their animals and rightly have the highest expectations about how they should travel. Hactl’s live animals handling is about providing the best possible welfare for the animals; and it’s also about providing peace of mind to their owners.”

The handler has previously achieved the CEIV certification for pharma and perishables.